Top 10 Reasons to Live in China 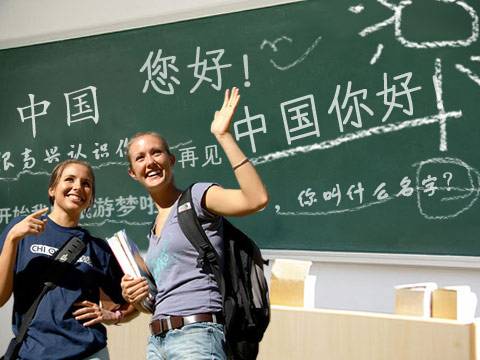 1. The Love of Foreigners

You are a strange, exotic creature to the Chinese and they will be naturally drawn to you.  No, they won’t lock you up in a zoo and charge admission to see you, but they might ask you about your homeland and speak some broken English to you. You will have to adjust to the frequent stares and random hellos that you encounter on the streets.  But it is fun being an exotic creature.

Living in China is cheap and the exchange rate is 1 dollar for 6.8 yuan.  American food and products will cost you more but if you stick to Chinese goods you will come out way on top.  If you enjoy the finer comforts in life, then the dollar may get you to the penthouse suite.  If you can live like a monk, then you will have more C.R.E.A.M. than the Wu Tang Clan.

Okay, so it may take you some time to get adjusted to using chopsticks, and you may starve for some time until you master the skill, but hey, you will drop a few extra pounds in the meantime.  But Chinese food is delicious, and some of the best eats can be found on the streets.  Street food is cheap, and you can find mouthwatering morsels on every corner.

Chinese culture is some of the oldest in the world and a 180 from any Western culture. Most Chinese ride bicycles and seeing ballroom dancing in a public park is quite common. There are 55 minority cultures in China, ranging from Tibetans, Uyghur and Zhuang, each having their own religion, food, religion and history.

If you ever want to see a grown man cry, go to your nearest Mandarin language immersion program.  Studying Chinese isn’t a walk in the park, more like a walk on fiery coals that incinerate your feet, but once you are able to speak Mandarin your window into Chinese culture will be amplified and give you a chance to get to know China on a different level.

Going to a far off exotic land where you don’t know the language can be intimidating to say the least.  Dealing with time changes, speeding taxi drivers, pesky pickpockets, not being able to drink the tap water, and not know what to eat and not eat can be challenging.  But learning the hard way can be fun if you like poor sleeping patterns, terrifying, high speed turns on bicycle ridden streets, losing money and other valuables, drinking green tea morning, noon and night and sprinting to the restroom after a questionable meal.

China has some fascinating cities.  Hong Kong is like no other city in the world with a unique blend of East and Western cultures, a thriving financial center; Beijing is the political powerhouse home to the Communist Government; Shanghai is the Paris of the east, a cosmopolitan city; while Lhasa is the epicenter of Tibetan culture and a spiritual mecca.

Without a doubt the 21st century belongs to that of the Middle Kingdom.  With a thriving economy, a rapidly growing middle class, and an unparalleled ambition, China seeks to become the major world player. When China conquers the world, you can say that you were there when it happened. Who knows, maybe you’ll be able to get a slice of the pie?

Want to play ping pong like Forrest Gump?  How would you like to practice Kung Fu with the masters?  Ever think that badminton was just a picnic game for Mom and sis on the Fourth of July?  Welcome to China.  These sports will test your athletic prowess and make you compete at a whole new level.

Until you have lived outside of the United States, in any other culture or country, you don’t know what the small world that you inhabited looks like from far away.  This international perspective can give a deeper understanding of how the world views America, its politics, foreign policy and culture.