China is one of the world’s four ancient civilizations. The written history of China can be said to date back to the Shang Dynasty (1600–1046 BC) over 3,000 years ago. There are many reasons to learn about China’s history: 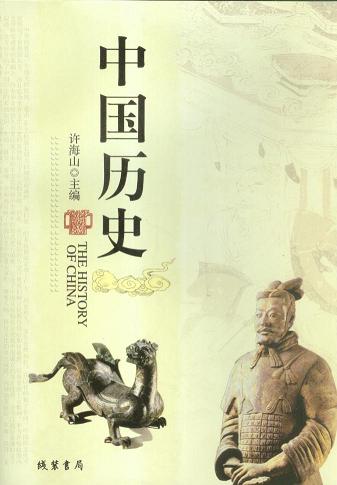 1 – History Repeats Itself – As any history teacher will tell you, history tends to repeat itself.  Human nature has not changed that much even though technological advances have been made.  So if we apply that to Chinese history, the more we know about China’s history, whether it’s about government, economics, or culture, we can be better prepared to foresee how China will behave as the new world leader.  Always remember, if you don’t learn from history, you are condemned to repeat it.

2 – It is Interesting – Chinese history is full of interesting facts, figures and characters because the Chinese have such a unique and long history, in fact it is over 5,000 years old.  Chinese history includes the Silk Road, the Dynasties, the Opium War, the Royal Examination System, the Boxer Rebellion, and Confucian thought. China is a melting pot of over 56 different ethnic groups all with unique aspects to their way of living.  All of these items have had an impact on how China evolved into the country it is today and where it will go in the years to come.

3 – You Understand the Chinese People’s Struggle – China’s recent modern history has seen much peril and loss.  When you understand the Chinese peoples’ plight, you can better appreciate the amazing transformation the country has undergone.  The Cultural Revolution, the Nanjing Massacre, and the Great Famine all created much suffering for the Chinese.  So understanding how their people survived these difficult periods of times gives insight into just how resilient Chinese people are.

4- China has Been Ahead of the Curve in the World – Throughout world history, China has long been ahead of the curve in inventions and technological devices.  Chinese people have a natural inclination towards mathematics relative to other ethnic groups in the world; they invented gun powder, the compass, fireworks, movable type, cross bows, paper money, and land mines. China’s governing body, the Politburo, is made up of mostly people with backgrounds in engineering.

5- You can see how China is Changing – It seems that in modern history, China is steadily changing from what was once a closed, self-supporting society to that of a more open, liberal society. Deng Xiaoping implemented the free market economy into China, which greatly increased the ability for Chinese people to make money and compete against other global powers. This has been called capitalism with Chinese characteristics.

6- It can Advance your Career – The more knowledge you have of China in today’s workplace, the better equipped you will be for advancement.  As multinationals spread their business operations to China, the likelihood that job openings will come available has increased.  If you can impress your boss with facts about China’s history, culture and people, you may land that job assignment overseas.

7- It will make you Interesting – If you like being able to impress friends at cocktail parties with interesting facts, then learning about China’s history will only make you appear more sophisticated and worldly.  Now China appears in the daily news and people now know that this is China’s century to rise to power.

The above article is offered by China Newz, a blog that covers all things about China, including politics, history, economics and culture.