China is an ancient country full of mysteries and many Chinese deities and immortals can be found in China. The ancient Chinese believed in these gods, goddesses, magical beings, dragons, and ghosts and prayed to them for help. Below is a list of the 10 most famous Chinese gods and goddesses in Chinese mythology with their images. 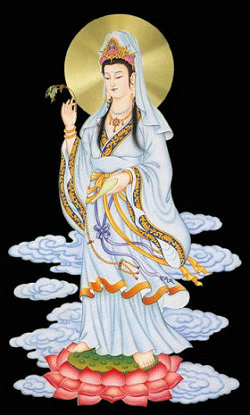 Guanyin, also known as Guanyin Pusa, is Chinese “Goddess of Mercy”. She is considered to always help the distressed and hungry and gives comfort and aid wherever it is needed. Among all the Buddhist Bodhisattva, Guanyin is the most well-known one in China and liked by both young and old people. 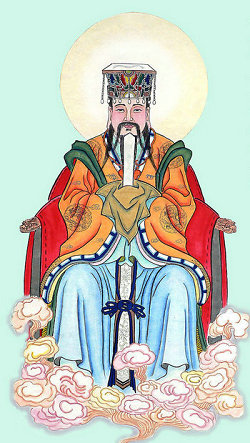 Jade Emperor (or Yuhuang Dadi in mandarin Chinese) is considered the highest deity ruling the universe in Chinese Taoism. In Chinese mythological stories, he is the most powerful god and controls all gods from the Buddhist and Taoist and other religions. Jade Emperor is worshiped by ordinary Chinese people throughout all China. 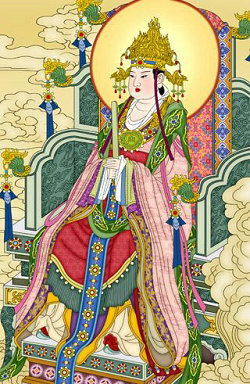 Wangmu Niangniang, or the Queen Mother of the West, is the highest goddess and is the wife of the Jade Emperor in Taoism. She commands all female gods and is also a god of happiness and longevity and has magic pills which can make people live forever. She owns a Heavenly Peach Garden in which magic peach trees grow. The peach can make people perpetually young. 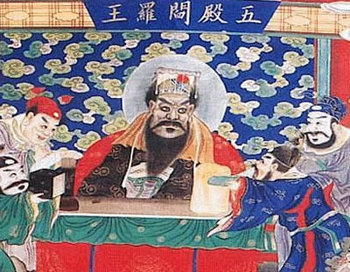 Yan Wang is Chinese god of death who commands all the gods of the underworld. He has a filing book which records the life and death of every person. He gives appropriate punishment according to the conduct of each’s acts during his lifetime. 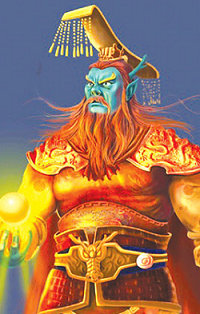 Long Wang, or Dragon King, is the Chinese god of the sea. He rules his own royal court and commands all creatures in water. The Dragon King also controls the rain and winds and can bring rainfall to the earth according to the order of Jade Emperor. 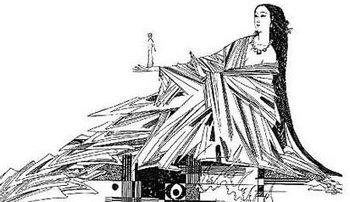 Nüwa is the Chinese goddess who created human beings. It was said she molded yellow mud into a figure like her, which was then alive and became the first human being. Nüwa is also known for mending the sky with five-colored stones. 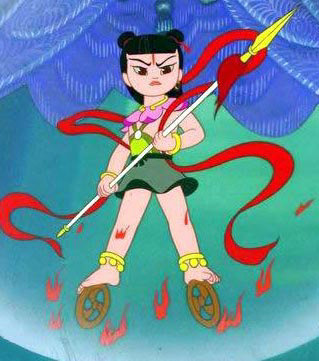 Nezha is a great teen deity in Chinese mythology. Nezha was most well-known for assisting Jiang Ziya against the Shang Dynasty in the 16th-century Chinese novel Fengsheng Yanyi. In Journey to the West, Nezha was a general of the heaven. She fought the Monkey King and helped him defeat powerful demons. 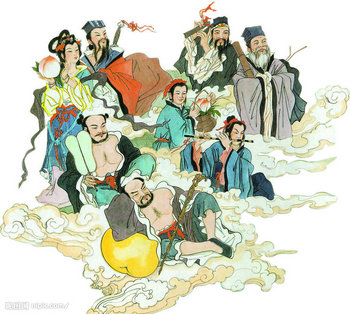 The Eight Immortals are a group of legendary immortals in Chinese mythology.  Each Immortal has his/her own power tool to bestow life or destroy evil. They live on five islands in the east China’s Bohai Sea including the famous Penglai Island in Shandong province. 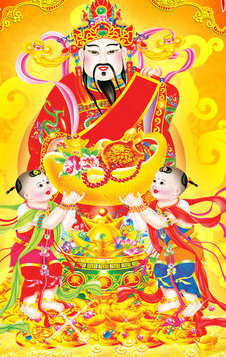 Caishen is god in charge of wealth in Chinese mythology. Chinese people especially businessmen often offer sacrifices to Caishen at home or shops, hoping to become richer with the help of this “Chinese god of money”. He is usually depicted in red clothes holding a golden rod. 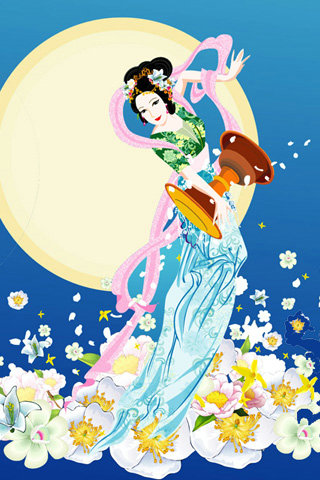 Chang’e is the Chinese goddess of the Moon and the wife of Hou yi, a hero who shot nine suns in the ancient mythology of China. During the traditional Chinese Mid-Autumn festival, Chinese people usually offer moon cakes and stare at the moon in hopes of seeing her.

Other Chinese gods and goddesses:

Chinese gods are a part of Asia God culture, Do you know other famous Chinese gods and goddesses or other gods in Asia?  Please let me know these god names and stories about them below.