The Startups ecosystem is changing in China, you can find an update of top Startups in China.

In a world where China is quickly becoming an economic superpower, it’s time for big companies to step up. As their technology and business continue rise in popularity there are some incredible startups who stand out from all others- here’s our list of the top 10 Chinese Startups you need know! These startups not only have hot markets investors or acquisition but create new products that will shape tomorrow.

When it comes to efficiency, speed and product diversification under one roof, there is only one company that can help. It’s Geek+! These geeks are helping companies across all industries exponentially increase their profits by taking away time spent on logistics while offering services such as same-day delivery or safety precautions against accidents during production process through innovative technologies like never before seen!

The future of self-driving cars is now in the hands of China’s Pony.ai, founded by two leading individuals – James Peng, formerly chief engineer of Baidu’s autonomous driving sector team, and Lou Tiancheng, a two-time Google Code Jam global programming competition champion and TopCoder medalist for the past 10 years! This company has literally everything you’d expect from its founders: almost all of them graduated from prestigious universities like Stanford or MIT, not to mention that they were backed by major investors, including Sequoia Capital China and IDG, the investment arm of Fidelity International Limited. “The legislation in the self driving in China is more flexible than other countries of the world” explain a lawyer in China. 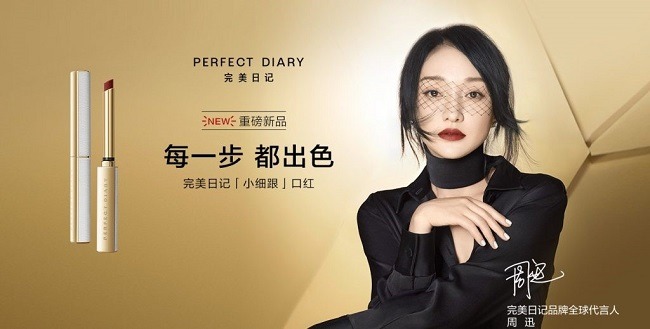 In a country where most of the cosmetics market is owned by foreign brands, Perfect Diary is quickly becoming the leading beauty brand in China thanks to its affordable quality and reflection on international fashion trends. Founded by Huang Jinfeng, a P&G alumnus, after years of working for Proctor & Gamble, he saw that there were still many people who wanted more classic-looking cosmetics, despite these modern westernizations transforming their lives every day through social media platforms like LittleRedBook or WeChat! With its new RMB (120 USD) based business, they are able to create high-end makeup that has become popular among women of all economic backgrounds due to its affordability while maintaining traditional values such as self-respect. Plus d’informations sur Perfect diary.

Agora. io is a China-based company that offers developers an easy way to integrate live voice, video and interactive broadcast APIs into any mobile or web app through its real-time engagement platform, which has been powering more than 40 billion minutes of communication per month since its founding in 2014 by Zhao Bin, who previously worked at WebEx (acquired by Cisco) before becoming CTO of YY’s streaming services division, where they generate $2 billion a year in revenue directly from game content creators, like us gamers!

Ximalaya FM, or Ximalaya as it’s known in China and India, is the largest audio platform with an impressive 600 million users. With content that covers a wide range of genres, including podcasts, talk shows, etc., this free service has become increasingly popular for listening to new music from the Asia-Pacific region, as well as other types of dramas/podcasts that you can also find there! Founded by serial entrepreneurs Yu Jianjun and Chen Xiaoyu in 2012, the company is now based in Shanghai. The company tops the global charts due to its popularity in the Chinese market, but it has expanded internationally by setting up a subsidiary in San Francisco, USA called Himalayan.

Insta360 is a Chinese company that has been making consumer cameras since 2015. They are the pioneers of 360-degree photography and VR streaming equipment, which they began to fill when there was a gap in the industry left by DJI who had already made their mark on drones with world-leading technology before them. The original Instas product was created because early adopters wanted something unique rather than just a camera. So its name comes from that idea – “In” meaning inside or internal shooting while also referring to the taste by osmosis where we absorb things around us; exposed outside means it appeared outside first.

Shein is a Chinese e-commerce company specializing in international fashion. The website opened up to customers around the world when it launched as a mobile device app store, but now has several brands and websites in over 200 countries!

AIG is a leading mobile social entertainment platform that has capitalized on the live entertainment boom in China while expanding across borders with an international mission. A former CEO of Zynga China and Google executive, Andy Tian founded Aig’s former company – Asia Innovations Group (ARI) – in 2013, after successfully working for Tencent Corporation, one of the largest internet companies not only domestically but also globally, before being acquired by Microsoft Corp, the software giant behind the Xbox game console, which previously operated under a different brand name, “MSFT”. ARI helped develop many emerging technologies early in their life cycle, including the OpenGL 3D graphics programming language and online game engine technology. ARI has evolved its technologies to include speech recognition technology, machine learning, facial recognition, and location-based technologies. The company has AI assets that are currently being used by divisions working under China’s largest Internet search company, Baidu Corporation.

PingPong Payments is a cross-border e-commerce payment platform that helps sellers keep more of their hard-earned profits. More than 43,000 global merchants use Pingpongs services to save money on taxes and other fees associated with international trade – saving them time, effort and money! The company was founded in 2015 by entrepreneurs who had struggled as Chinese suppliers dealing directly with the Amazon marketplace before relocating home for family reasons; one can’t help but admire how much has changed since then….

“China is a leading digital innovator. China now sets an innovative benchmark for this industry. China’s mobile digital payment system through WeChat and Alipay is just the tip of the iceberg” source

Founded in 2014 by Han Yusheng, Burning Rock Biotech specializes in NGS-based cancer therapy selection tests, which are used to help doctors choose the most effective treatment for their patients. The company currently offers 13 such tests, applicable not only to different types of cancers, but also to unique oncology treatments, such as immunotherapy or personalized medicine therapies, that may show more promise against some forms of disease than others, largely because they are tailored specifically to the individual DNA sequences present in each patient’s genome sequence. In 2018 alone, the company achieved two important milestones: it became one of the first Chinese laboratories recognized by the China National Center for Clinical Laboratories*+ and was named.

The 10 startups on this list are just a few of the many that will soon be shaping tomorrow. If you’re looking to invest in these companies, it’s important to do your research and understand what they have going for them before plowing money into an opportunity.