Because the traditional Western Social Media are banned in China, you are probably asking yourself which Chinese Social Network platform is good to leverage visibility in China right? Chinese people are social media addict, and at the end of this article you will be able to get an overview of their favorite apps.

WeChat not only is one of the most important social network of China, the application has become indispensable for the management of the daily life of its users. Indeed, WeChat allow its users to order food, top up their mobile subscription, book plane and train ticket, and has the “classic” social network features mainly concentrated on the “Moments” (sharing feed where users post photos, videos, articles, links etc). WeChat also has its own payment method (WeChat Pay) that user can use to pay in online and offline shops.  WeChat reached the important threshold of 1 billion monthly active users a challenge that only Facebook had raised so far.

WeChat is even more interesting since the launching of the Mini Programs, these allow users to have a direct access to e-commerce shop, games, exclusive content from brands embedded in the WeChat app (which also means CRM functionalities and data collection services available for companies!). New WeChat H5 Animations are very popular for Marketing.

Weibo can be considered as the Chinese version of twitter. With nearly 116.7 daily active users the micro blogging platform is one of the most powerful on the market. Even if the platform is a little more discreet this years due to the new platform like Douyin, it is still a behemoth of the Chinese social media.

Weibo is mainly used to share texts, videos, pictures with a community. Because of the size of its users, Weibo must be part of a digital marketing strategy for any company who wants to set up in China.

Douyin is the Chinese social media rising star (also known under the name TikTok in Western countries). It’s a video sharing app. But it allows its users to make creative video with cool effects and filters. This addictive app made its way into the very competitive social media market in China with its nearly 200 million daily active users.

Douyin is a very good opportunity for companies to reach a specific target that are the digital natives or Chinese millennials from 1st, 2nd and 3rd tiers cities mainly. It also is a good platform to set up KOL strategies and campaigns to engage their big communities and raise brand awareness.

Zhihu has been booming this last year. It is a very specific social media targeting a niche segment of users. Indeed, the users are educated, mainly young and engaged users. Launched in 2011, Zhihu is the Chinese version of the website Quora, originally based on UGC through Q&A, the platform has since developed new services. Among others: Zhihu Column (this feature allows users to write articles without answering a question just for the sake of knowledge sharing!), Zhihu Bookstore (data base gathering all the Q&As in coherent categories), Zhihu “zhihu” (which allow users to answer a question by voice recording) and Zhihu live (the most interesting one because it set up conferences “live” and every user can pay to attend the conference, the latter being followed by a Q&A session).

Jinri Toutiao is mainly a news app based on official content as well as UGC. Just like Zhihu, the app has been booming these last years. The secret? An entertaining way of displaying infos and thanks to its special algorithm, the app makes sure the content is fitting the user center of interests.

Because the app is still serious, the users are pretty similar to Zhihu users, young and educated. Which means that the platform is very convenient if a company is looking for an app to target this segment. 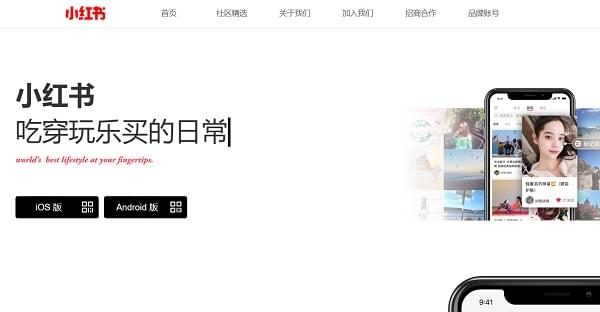 XiaoHong Shu is the social e-commerce platform. Pretty smart, the platform allow user to post content and share other users content. If you are interested in something you see on a picture, you can buy it directly from Little Red Book Platform.

This platform is the most interesting one for companies looking for the perfect KOL campaign, indeed, with a huge loyal community, these KOL can easily influence the users into buying products that they displayed and liked. 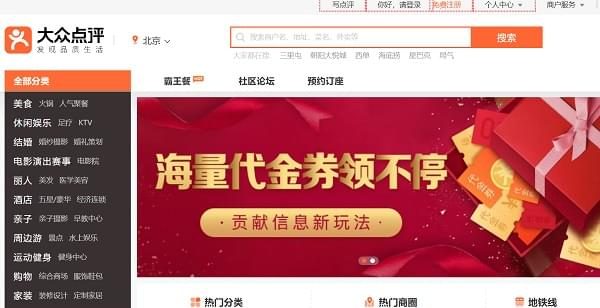 Dianping is a huge social media in China and one of the most important. This is mainly due to the Chinese Culture. Chinese people tend to trust the people that already experienced a brand/ product. So, the platform basically started as a rating app for different types of services (beauty institutes, restaurants and bars, museum…). But now the app developed and added food delivery services and O2O promotion strategies.

Douban is a one of the rare app that doesn’t really have a Western APP counterpart. In fact, it’s a cultural app, mostly music oriented, so it’s a streaming platform, as well as a social media and an e-commerce platform that allow users to among other things buy concert seats!