Let’s face it: Women can be difficult to understand. Men often find themselves  going  crazy trying to figure us out. It’s hard to know what we’re thinking! This is especially true when it comes to women in China. Many Chinese girls will say yes when what they mean is no.. Especially when they are communicating with their boyfriend or husband. In general Chinese women tend to be more restrained, and do not express themselves in a direct way. So how can you know what they’re thinking? Let me reveal to you The Top 8 Lies Chinese Women Tell Men which will help you understand their true meaning! 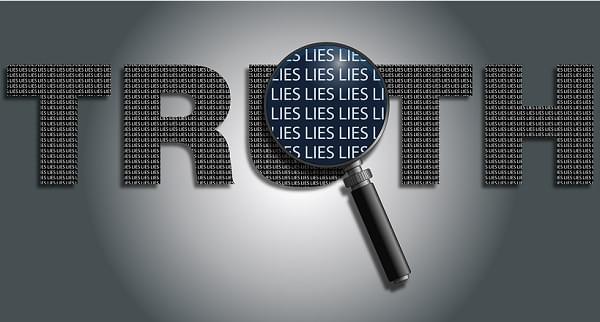 If a Chinese girl says this, don’t take it negatively. This is actually an expression of love and affection. Sometimes, girls use “笨 (bèn)” to describe the best of boyfriends. Chinese girls often use negative words like “笨 (bèn) stupid” or “蠢 (chǔn) stupid” when talking with people who are close to them because they know these words they can use freely. The relationship between them is so close, they feel comfortable being free with their language and making fun. This is a way to express their close relationship. Other similar expressions include:

Little fool, you are so lovely.

Some Chinese women would use this sentence when they want to act cute. Usually, when they say this expression the real intention is “you are not annoying!” or “you are lovely and I like you.”

Trust me, if a Chinese girl says “我没事 (Wǒ méishì)” or “我很好 (Wǒ hěn hǎo)”–most of time they are meaning the exactly opposite: “I am not okay.” Chinese women will often try to hide feelings of depression, or cover up the fact that they have made any mistakes. By saying this they are able to avoid the uncomfortability of having to reflect on these things. They want to keep you from worrying, too. But don’t be fooled. When they say they’re okay, they are really saying I’m not okay, and I’m not very happy.

If you go shopping with your Chinese girlfriend, your girlfriend will often say “太贵了 (Tài guì le).” So how do you think you would react? Oftentimes men will go out of the store and compare the price of other items. This is NOT the thing to do in China. Because “太贵了 (Tài guì le) Too expensive” actually means “she really, really likes this thing.” Women are born shopaholics. If a girl is shopping with you and sees something very special, the girl’s first reaction is to go forward and check it carefully. If she sees the price is high, she will often say “太贵了，我们不需要买。(Tài guì le, wǒmen bù xū yāo mǎi) It’s too expensive, we don’t need to buy it.” At this time, the careful man should know that the woman really likes the item, not that she doesn’t like it.

“我不在乎 (Wǒ bùzàihū) I don’t care.”- again, the opposite. She totally cares. For example: Some girls show a careless attitude toward their boyfriend’s ex-girlfriends. They even say “我不在乎 (Wǒ bùzàihū) I don’t care.” Don’t be fooled! Men need to know that this is often said by women who do not want to appear jealous. But the truth is, if your girlfriend cares for you, she cares about your history. So don’t get tricked on this one. She definitely cares.

Women often use words like “我再也不想见到你  (Wǒ zài yě bùxiǎng jiàn dào nǐ) I don’t want to see you again!” to hide their disappointment. This is just a kneejerk statement. Don’t take her literally when she says this. When you hear this phrase, know that she just might need a little space, or even a hug and some affection to show her how much you care. These bad moods may come often, so don’t be intimidated by them.

If a Chinese girl says to you: “你是一个好人 (Nǐ shì yí gè hǎorén) You are a good person.” you have the right to feel disappointed. Because Chinese women only express this kind of admiration to a guy they are officially putting in the friend zone. What sounds like admiration is just a basic declaration of: “You are just a friend and I’m not interested in you romantically.” In Chinese, we say is “发好人卡 (Fā hǎorén kǎ) send good guy card.” or that  “好人卡＝ In the friend zone”.

8. 没关系，你去忙吧！ Méiguānxì, nǐ qù máng ba! It does not matter, you can go to work!

Usually girls will say “没关系，你去忙吧 (Méiguānxì, nǐ qù máng ba) It does not matter, you can go to work!” when you say that you are tied up with work and can’t make time right then to be with her. But you should know that when they say this they do in fact want your company, and right at the time. Most of time, when it comes to either your work or your girlfriend, your girlfriend hopes that she is the top priority.

Lisa Zhang is a Chinese teacher and editor for eChineseLearning. She has many years of Chinese language teaching experience, loves  to read and is definitely a foodie. She hopes she can help more people to learn Chinese language and really get to know Chinese culture.