I lived a year in China, as student and as an English teacher. I remember a lot of things from my stay in China, but I’ve listed out the 5 things that struck me the most―things that I’ve experienced firsthand as well as overall patterns about China. Whether you’re planning a trip to China or you’re considering moving over there long-term, my hope is that my perspectives give you an insight into what you can expect in China. 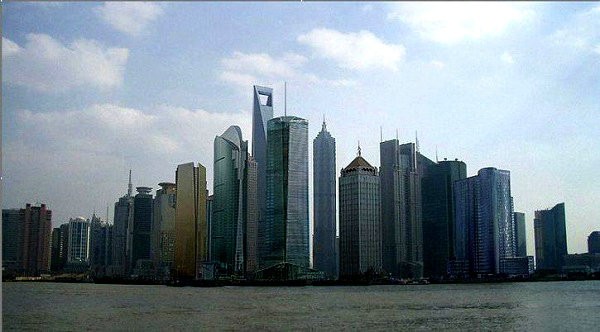 China is the second largest economy in the world soon to supersede the United States as the world’s Superpower; China’s GDP is expected to be twice that of Uncle Sam’s in 2050. There was a time in recent past, when people would associate China with cheap labor making shoes and clothes and producing cheap, low-quality and low-value products like toys. But those days are over, those days are way behind us; and China’s old and low-value textile industry is being relocated to neighboring Asian countries and in Africa. And now China is becoming a world-class leader in technology and innovation. In fact, in the second quarter of 2018, Chinese startups received 47% of the world’s total funding, topping the list for the first time (America and Canada only received 37% of total worldwide funding).

I think we’re experiencing a breakthrough in geopolitics and international affairs. For the last centuries, the West (with America leading the way) had been dominating the world in terms of ideology, trade, technology and military. Now that China is becoming the World’s Superpower, they’re changing the rules of the game and reshaping the world we live in.

My father showed me a piece of footage my grandfather had taken during his work trip to China in the 1950s. Needless to say the country has completely metamorphosed since then, going from bicycles and wooden houses to cars and skyscrapers.

Let me share with you an experience that’s forever etched on my mind. There used to be a fast-food restaurant I used to walk past (and occasionally eat at) on my way to and back from the institution where I would teach English. But one day, on my way back home I realized the fast-food restaurant had shut down, only to realize the day after it had been reshaped it into a clothing shop. True story. I was stunned and awed at the velocity at which stores in China can be bought over, completely remodeled and turned into new businesses. It literally does happen overnight.

Most Chinese people can’t speak English properly, but I was surprised by the number of people actually wanting to learn the language and practice it: There are 300 million people in China actively learning English. If you’re living in huge cities like Shanghai, Beijing or Hong Kong people will probably snob you, but if you live in 2nd tier or 3rd tier cities you’ll run into people that will want to speak and practice some English with you. Although most Chinese people from previous generations have zero or poor knowledge of English, they want their children to be able to speak English properly. There is a big emphasis on learning English; Chinese parents make it a priority that their kids learn English, and as a result there is huge demand for Western English teachers to come and teach English to their kids. To give you an idea, there are 100,000 ESL teachers going to China every year to teach English, but that number is still small compared to demand.

Face keeping is a fundamental aspect of the Chinese culture, and as a Westerner or Foreigner living in China you should understand its importance. Face-keeping is honor. Face-keeping is pride. Face-keeping is dignity. For many Chinese people, losing one’s face is a humiliating and insulting experience. And you don’t want to cause that.

Now what does that imply exactly, how do you make someone lose their face? Well, basically you don’t want to make someone look bad in front of other people whether explicitly or implicitly. Appearances are very important in China. Kind of like in the West, kind of like everywhere you might argue―well sure, but in China face-keeping bears a cultural dimension that’s not part of our Western ways. In China you shouldn’t yell at people in public, nor openly criticize them, or even worse, insult or demean them. Doing so is like taking direct offense at their honor, pride or self-worth, and that’s the worst you could inflict upon a Chinese person.

Many of the conversations I’ve had with Chinese people involved both small talk and sudden bluntness. When you’re not used to this style of communication, you might get caught off-guard. For example, I was once at a hospital and wanted to have some information and inquired to one of the hospital’s clerks; to which he replied as-a-matter-of-factly: “What’s your problem?”. Now in the West when somebody says that, there’s usually aggressiveness and hostility attached to it, but that wasn’t the case of the clerk who asked me that question: he was being specific in his wording and wanted to know what was causing problem for me so that he could help me with the solution.