10 Chinese Annual Events That Will Keep you Entertained

Apart from being industrious, the people of China are also known to celebrate a lot of events or festivals all through the year which helps to keep their visitors entertained while carrying out their respective businesses in the country.

These events are mostly observed on crucial dates in the Chinese lunar calendar so whether you’re traveling for a vacation, tourism or even on a business trip to China, it won’t hurt to take some time out and go have fun on any of the events that fall within your trip. 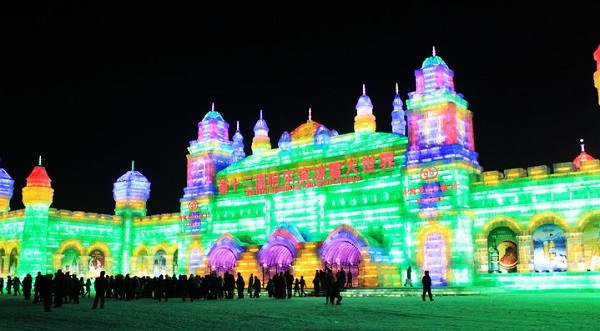 This event happens to be Harbin’s main tourist attraction and the biggest winter festival in the world. The Harbin International Ice and Snow event attracts about 10 to 15 million visitors every year and with over 600,000 square meters, it is also the biggest ice sculpture in the world.

The festival takes place from December 24th to February 28th, the giant ice sculptures are technologically sophisticated with LED lights that are being controlled with to luminate wonderful displays of colors and patterns. This makes it even more beautiful than the ones in other regions like Sapporo and Quebec. 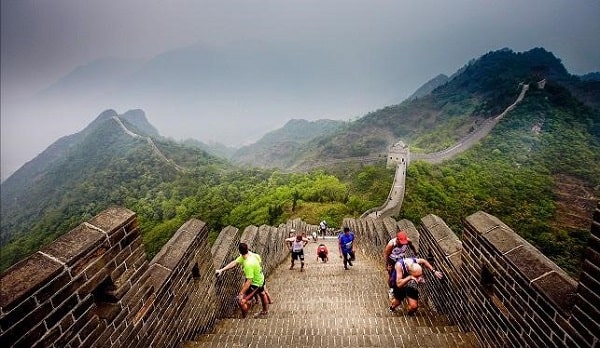 This event is observed on every 3rd Saturday of May and for this year, it falls on the 16th of May. This is like every other normal racing event in China but what makes it stand out is the fact that part of the 42.2km race will be on the Great Wall where racers will have to scale 3,700 steps – certainly not for the weak.

This task is normally considered as brutal and almost impossible by most of the participants but the “superheros” that managed to scale through are rewarded by the heartwarming scenery of the countryside and farm which is seen from the Great Wall. 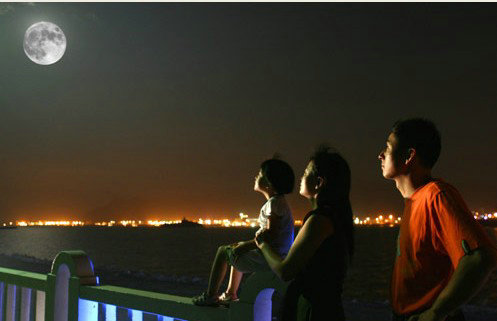 The Festival is also regarded as the Mooncake Festival or simply the Moon Festival. The date for this event varies every year, it falls on the 15th day of the eighth month in Chinese lunar calendar, usually within September and early October in the Gregorian calendar. In 2020 the event will be celebrated on the 1st of October.

Mid-Autumn Festival is often regarded as the second most important festival after the Chinese New Year. In the course of this celebration, people will gather for dinners and light paper lanterns all over the place.

The Mid-Autumn Festival is more like a Thanksgiving celebration in China; a reunion time for families to eat and dine together. The event is also celebrated in some other East Asian countries like Vietnam where it is more like a children’s day. 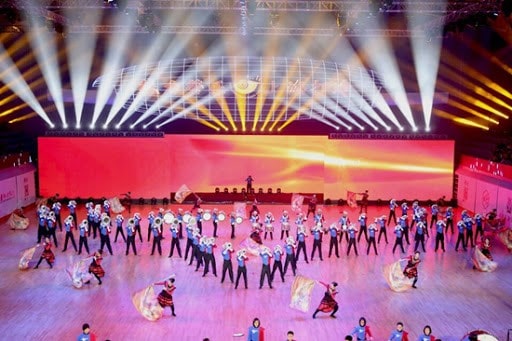 It is celebrated in the month of April in the country’s largest city as a way of enjoying and celebrating music in all its forms.

The Shanghai International Music Festival is always filled with a variety of concerts, visitors will be entertained with some uncommon acts that speculate the origin of the festival, like a radio music academic exchange, thrilling DJ shows and competitions, an audio and video data exhibition and more. Also known as the Spring Festival or the Lunar New Year, The Chinese New Year is the country’s most important festival. The festival falls on the second new moon after the winter solstice on December 21st, the date is determined by the lunar calendar.

From the New year’s day, many traditional performances and events are seen in many Chinese cities. Events like the imperial emperor’s wedding, lion dances, dragon dances and much more.

You will get to see a good number of traditional Chinese products and some rarely seen Chinese foods and snacks will be all yours to explore. Amazing city parks and temple fairs, wonderful decorations, thrilling fireworks and many others are among some of the features that makes the Chinese New Year festival one of the most entertaining Chinese events. 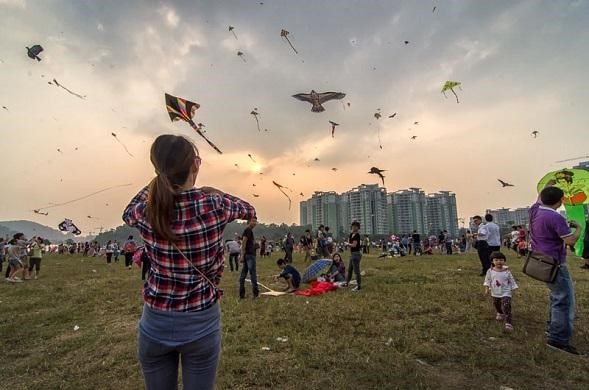 Popularly known as “Hometown to the Chinese Kites”, the Yangjiang kites are the most popular in South China. The Kite festival is an event that has been held in the city of Yangjiang in Guangzhou since 1992 and it attracts quite over 12,000 kite lovers from around the world every year.

The Yangjiang Kite Festival is celebrated on 17th of October and it is not only popular among the locals and the Chinese people, it also attracts foreigners from countries like Japan, United States, Italy, India, Luxembourg, France, Spain, Germany, South Korea and Bangladesh. 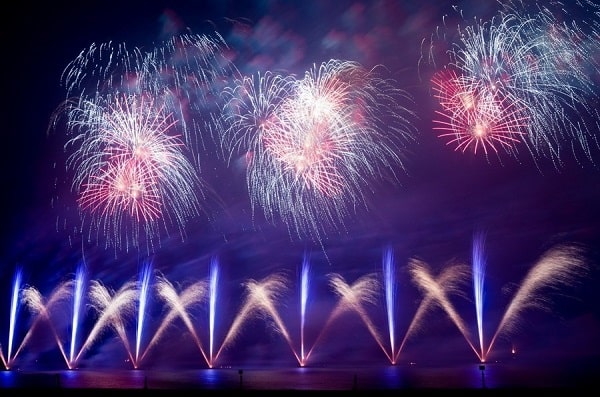 Shanghai International Music Fireworks Festival is an event that is hosted by the Shanghai Tourism Management Committee in collaboration with Shanghai Government.

Celebrated within the month of September, the event sees an intriguing display of arts combined with modern technology with pictures, colors, rhythm & music with melody and artistic concepts, filling the event with astounding visual and audio artistic.

During the event, there will be a fireworks display competition where 6 fireworks companies from different parts of the world will compete to win either Gold, Silver or Copper. Winners are selected by a panel of fireworks experts, so get ready to be marveled by an awesome display of fireworks. 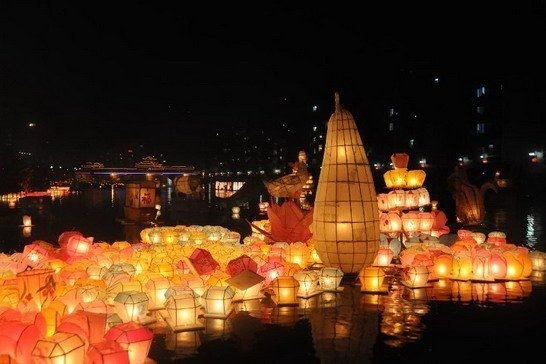 If you’re in search of a popular local day tour, the Ziyuan Water Lantern and Song Festival is an event you should look out for. It is celebrated in the Ziyuan region from the 13th to 14th day of the 7th lunar month and will be held on the 31st of August to 1st of September in 2020.

You will be entertained with different rich activities with typical traditional performances; like the folk song competitions, art performance, photo contest, dragon/lion dancing and cock-fighting.

During nightfall, people will light and float water lanterns in the local river which creates a soothing and visually appealing scene. The lanterns are believed to convey people’s good wishes and thoughts to their dead loved ones. 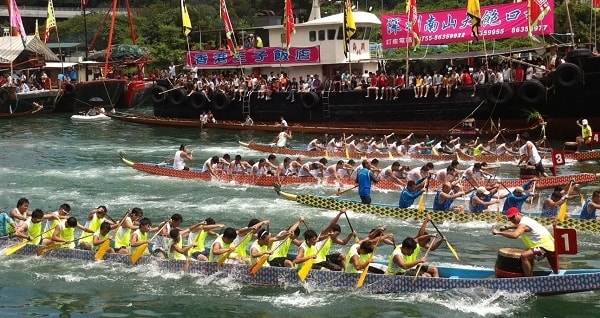 Also known as Duanwu Festival, the Dragon Boat festival is a traditional and likewise important event in China. It takes place on the fifth day of the fifth month according to the Chinese lunar calendar and it usually falls within the 25th of May to 24th of July.

The 2020 Dragon Boat Festival will take place on June 25th. There will be a day’s holiday for the Chinese people but with the 2 weekend days, it is officially a three day’s holiday.

This event is said to have originated from the Warring States Period, on the fifth day of the fifth lunar month, Qu Yuan – the patriotic poet – drowned himself in the Miluo River.

Villagers raced their boats in search of his body and in order to distract the fish from feasting on Qu Yuan’s lifeless body, they dropped lumps of rice into the river. This practice has been continued till date to commemorate Qu Yuan. 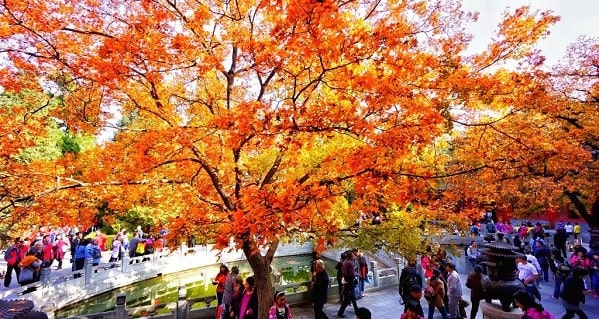 The Red Leaf Festival is celebrated at the Fragrant Hill in the country’s capital city – Beijing. The event which is observed during the period of October has attracted hundreds of thousands of excited visitors every year.

Tourists and visitors can enjoy some mountain climbing and the beauty of nature that surrounds the Fragrant Hill Temple while also learning some interesting history of the temple. The red and yellow autumn leaves are mostly seen between the middle of October and the beginning of November, making it the best time to enjoy the scenery..

These are few of the top Chinese events and festivals that are sure to make you want to visit the country again. There are still some other popular festivals in China like the Beijing International Long-Distance Running Festival that attracts more internal participants every year.

Although some of these events might require an entry fee, like the Harbin International Ice and Snow Festival, they are still definitely worth every dime you paid. With some promo codes from iUseCoupon, you can get some travel discounts.

Let us know if you have been to any of these Chinese events and what was your experience like, use the comment section below.