The Spring Festival is the oldest and most eagerly anticipated festival for Chinese people. The festival traditionally begins on the 1st day of the first month in the Chinese lunar calendar and ends on the 15th day. It is a grand festival filled with a variety of special customs including setting off fireworks, giving lucky money, dragon and lion dances and so many other activities.  Below are the top 10 most popular customs during Spring Festival. 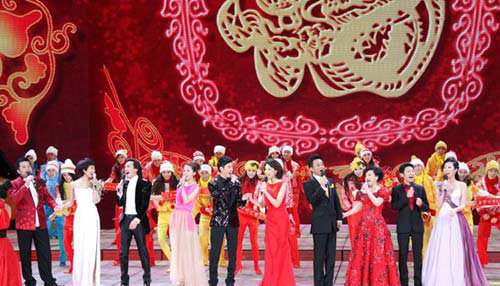 The CCTV New Year’s Gala is enjoyed at get-togethers on the eve of Chinese lunar New Year throughout the country. It has been the country’s most watched variety show since its first launch in 1983. Today watching the show has become traditional activity for many Chinese families. The gala gather the top performers in the country and features musical, dance, comedy, and drama performances.

2. Staying up the Whole Night on New Year’s Eve 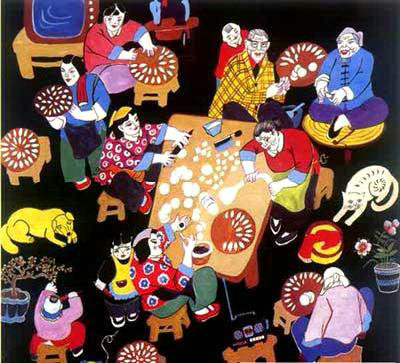 The custom of staying up all night on New Year’s Eve dates back to the Northern and Southern Dynasties (420-289). Legend has it that, long ago, there was an ugly and furious monster called “Nian” that would come down from the mountains to hunt people on New Year’s Eve. So people got together on this day, staying up and chatting, hoping for peaceful passage of the time. The custom symbolizes the warding off of all diseases and disasters, wishing for good luck in the New Year. 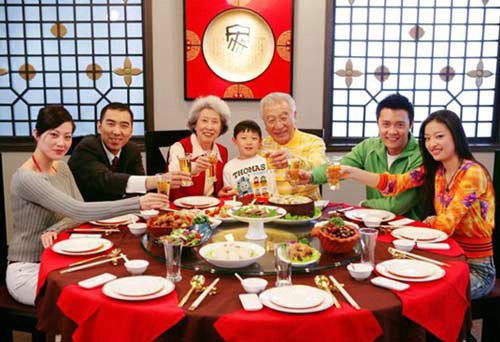 In China, there is one saying goes: No dumplings, no Spring Festival. From this, we can see the significance of dumplings to this festival. During the first day of the New Year, Chinese people, especially in Northern China, usually eat Jiao Zi (or dumplings). The Chinese pronunciation of Jiao Zi means midnight or the end and the beginning of time. Also, the shape of the dumpling resembles gold ingot from ancient China. So people eat them and wish for money and treasures. 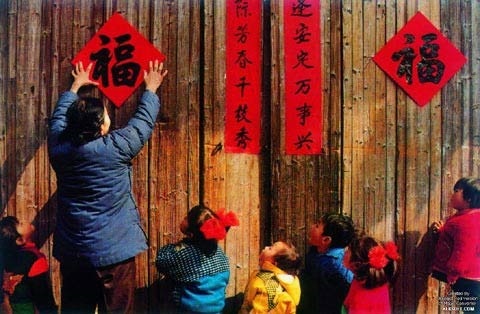 Chun Lian is a special type of couplet used only during the Chinese New Year as part of its celebration. Chinese people usually use Chun Lian to express their good wishes. During the Spring Festival, every household will choose a couplet to affix to the door of the house to add the festival atmosphere. Chun Lian comprises of a couplet written on vertical strips of red paper in the best calligraphic style one can muster. The first (called upper) line is posted on the right side of the front door. The second (called lower) line on the left. Usually a third horizontal piece may be posted across and on top the door. 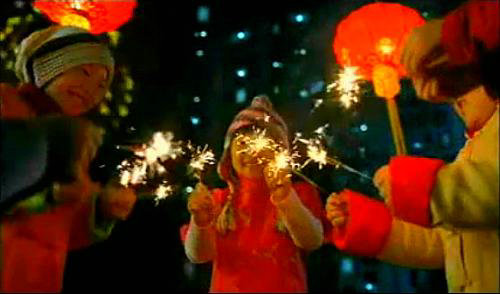 Firecrackers are a specialty of China, its early origin can trace back to 2000 years ago. In the evening of the Spring Festival Eve, Chinese people set off firecrackers, hoping to cast away any bad luck and welcome the better life in the next year. 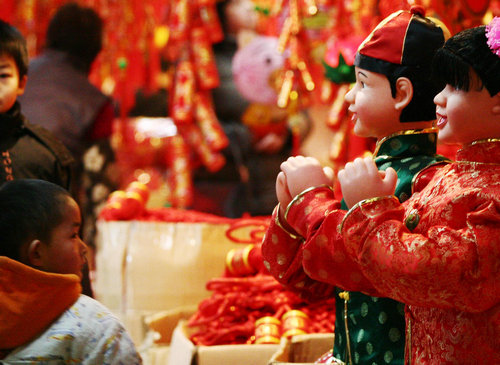 Waking up on the first day of the Chinese New Year, people dress up. The first thing to do is to extend greetings to their parents and then to their grandparents and other relatives, neighbors and friends. The two most common greetings during the Chinese New Year are: “恭喜发财 Gong Xi Fa Cai (Congratulations and be prosperous) and“新年快乐 Xin Nian Kuai Le” (Happy New Year). 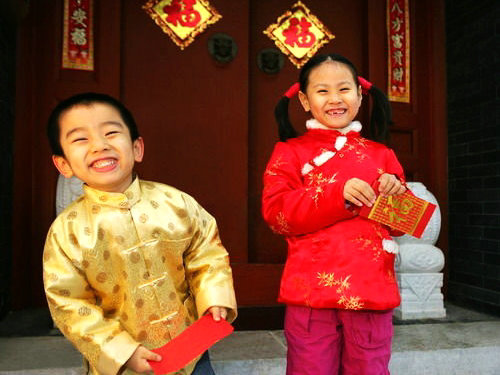 Luky Money is prepared for younger generations by elder generations. Usually the money is tucked into red envelope. During the New Year, red envelopes are typically given to the children and unmarried youths. The amount of money is usually a single note to avoid judging the amount inside before opening. 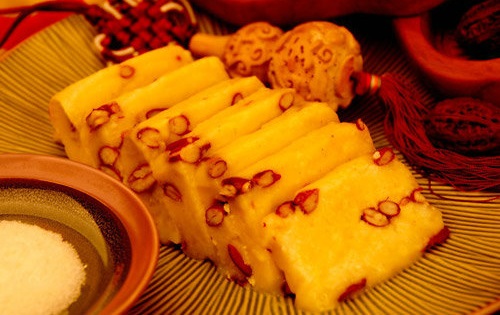 Southern Chinese eat Niangao (a kind of cake made of glutinous rice flour) during the Spring Festival. It is considered good luck to eat Niangao during this time, because “Nian Gao” is a homonym for “higher year.” 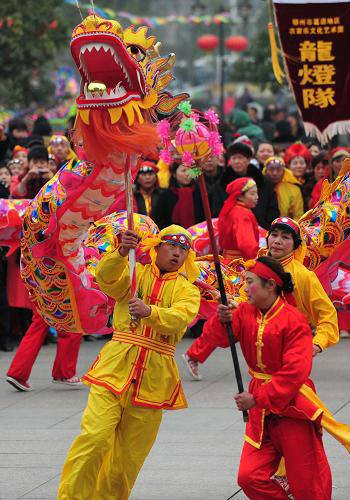 Dragon dance and lion Dance are traditional Chinese folk activities which are very popular around China during the Spring Festival. In China, people believe that Dragon is a symbol of fortune, nobility, bravery and especially power, and lion represents auspiciousness. All across the county, you’ll see dragon and lion dances everywhere – lending a cheery, festive atmosphere to the occasion. 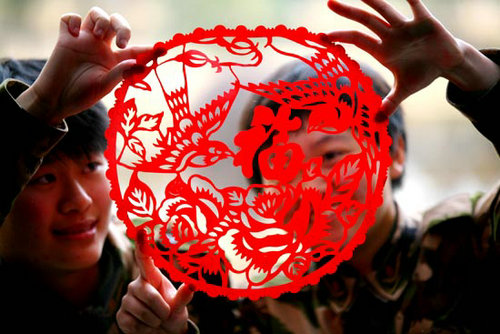 Paper-cuts are handicrafts made by cutting paper with scissors into different patterns. During the Spring Festival, Chinese people like to paste paper-cuts on windows, which not only help enhance the festive atmosphere, but also bring enjoyment to the people.