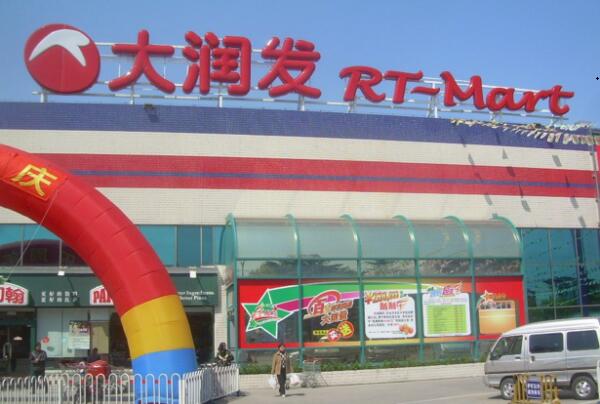 The retail industry in China has been developing rapidly in recent years, and even with the health crisis, Supermarket are still a way to buy stuff for most Chinese families.

The country has a large number of Hypermarkets, supermarkets, convenience stores, and other retail outlets. Although China has a population of about 1.5 billion people, there’s still plenty of competition among supermarkets in China that forces them to work hard to attract and keep customers.

Here are the top 10 supermarkets that have risen above the rest:

Zhongbai is a supermarket chain in China with over 200 stores across the country. The chain employs thousands of people. The company is one of the first supermarket chains in China; they started business in Changsha, Hunan Province in 1988.

The company offers a wide range of products, including groceries, household items, and apparel. Zhongbai also has an online store that delivers to most parts of China. Its 2020 sales volume reached 23.72 billion RMB, or about 3.5 billion USD.

Hyper-mart is a large supermarket chain in China with over 1,000 stores. It offers a wide variety of merchandise, including food, clothes, hardware, and electronics. Hyper-mart is known for its low prices and wide selection.

In Hyper-mart stores, customers can find everything they need under one roof, and the store frequently runs sales and promotions. The supermarket also offers a loyalty card program that gives customers discounts on their purchases. Its 2020 revenue reached 24.45 billion RMB, or approximately 3.7 billion USD. In 2021, they suffer from the online purchased.

Carrefour SA is a French multinational retailer that runs its operations out of Boulogne Billancourt, France. With over 12,000 self-service shops and hypermarkets, they operate in over 30 countries spread across Asia, Africa, Europe, and the Americas. The company entered China in 1995 and now has over 180 hypermarkets and supermarkets there. Its sales volume for 2020 reached 27.33 billion RMB, or about 4 billion USD.

Jiajiayue is a Chinese supermarket chain that was founded in 2001. The company already has over 2,000 stores across China.

The supermarket prides itself as the first company to connect farms to supermarkets for a seamless supply of fresh produce. Jiajiayue also has an e-commerce platform that sells groceries, household items, and baby products.

It also operates a global supply chain that supplies products to more than 1,000 direct chain stores. As such, Jiajiayue has been able to capture a larger market share in China and overseas. Its 2020 sales volume reached 27.92 billion RMB, or 4.2 billion USD.

Century Mart is one of the most popular supermarkets in China with over 1,000 stores nationwide. The supermarket offers a wide range of products, including groceries, household items, and electronics. Century Mart also has a loyalty program where customers can earn points to redeem for discounts and freebies.

People from all walks of life shop at Century Mart because of its convenient locations and competitive prices. The supermarket has something for everyone, making it a great place to do all your shopping in one trip. Its 2020 sales revenue reached 56.82 billion RMB, or 8.5 billion USD.

Metro is a German chain of superstores that has over 2,200 stores in 28 countries. It has been operating in China for 20 years and now has 36 stores across the country.

What makes Metro stand out is its focus on quality products at reasonable prices. It offers both international and domestic brands, making it a one-stop shop for all of its customers’ needs. Its imported goods are especially popular with Chinese consumers. The supermarket’s 2020 revenue was 58.79 billion RMB, or 8.8 billion USD.

Walmart is the world’s largest retailer and one of the most powerful companies in China. It has more than 400 stores in the country and employs over 100,000 people. Walmart is known for its low prices and its huge selection of merchandise.

The company played a significant role in the retail modernization of China when it entered the market in 1996. Prior to Walmart’s arrival, most Chinese shopping was done at small, family-run stores. Walmart changed the way people shopped by offering a one-stop shopping experience with a wide range of products all at low prices.

Today, Walmart is facing stiff competition from Chinese e-commerce giants, Alibaba and JD.com, as well as other international retailers such as Amazon and Carrefour. However, Walmart remains a dominant force in the Chinese retail market with its vast network of stores and loyal customer base.

CR Mart is a Chinese supermarket chain that was founded in 1984. The company has over 2,000 stores across China and also operates in Hong Kong, Macau, and Taiwan. CR Mart focuses on providing a wide range of affordable food and household products to its customers.

Its primary retail format is hypermarkets with a focus on family consumers. It has a high-end supermarket line that targets medium to high-income families and a chain of convenience stores. The company also has an online shopping platform. Its 2020 sales volume reached 87.83 billion RMB, or 13.1 billion USD.

Yonghui Supermarket is a Chinese supermarket chain that was founded in Hangzhou in 1994. The company is partly owned by tech giant Tencent and e-commerce platform JD.com. It has over 400 stores across China and employs over 30,000 people.

Recent news about the supermarket is that it has invested 200 million RMB, or about 30 million USD, to create two subsidiaries. One is a wine and alcohol beverage business while another is for its supply chain operations. According to a company representative, the investment focuses on creating a supply chain to provide wines directly to end consumers.

The move comes as Chinese consumers are increasingly interested in wine and are willing to pay more for premium products. The supermarket has also been working on improving its online presence and offering delivery services to better compete with e-commerce platforms. Its 2020 sales volume reached 104.54 billion RMB, or 15.7 billion USD.

RT-Mart is a Chinese hypermarket chain under the banner of Sun Art Retail Group. Headquartered in Shanghai, the company operates over 2,500 stores across Mainland China, Taiwan, and Indonesia. RT-Mart offers a wide array of merchandise, including groceries, home appliances, clothing, and more.

In terms of store locations, RT-Mart has a heavy presence in Tier 1 and 2 cities, but is also starting to expand into smaller cities and rural areas. The company has been aggressive in its expansion plans. Its 2020 sales volume reached a whopping 105.99 billion RMB, or 15.8 billion USD.

The Chinese retail market: Navigate in a dark Sea for Brands explained this website. It is complicated to sell to Chinese Supermarkets but not impossible for good products with good Reputation.