If you stroll along China’s city streets, you will probably be attracted by the smells of various different snacks at street corners. Each stall features its own unique flavors that you cannot resist. Here we have compiled a list of the yummiest street snacks in China. 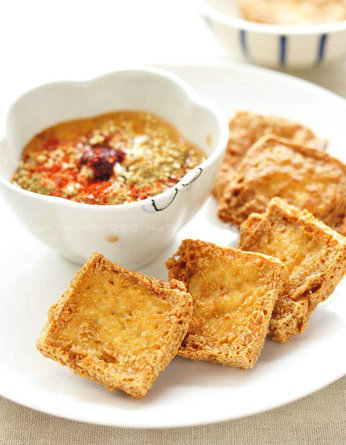 Stinky Tofu, known as Choudoufu in Chinese, was created nearly 300 years ago. You can usually find it at roadside vendors or a night market. It is a form of fermented bean curd that has a strong odor and is usually deep-fried with golden colors. People either love or hate it very much because of the strong stinky smell and special flavor. You should have lots of guts if you first taste it. 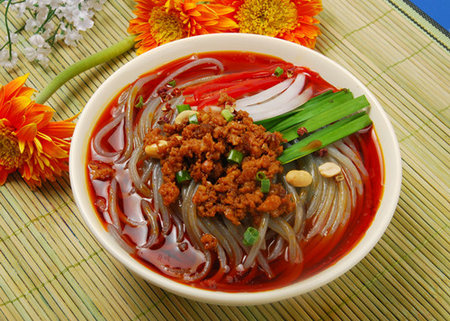 Made from sweet potato powder, Hot and Sour Noodles is a popular food in Chongqing city and Sichuan provinces, where it is usually eaten as a snack or a quick meal for lunch or dinner. This noodles taste slippery and chewy, with a special sauce that made of chili and ginger powder, vinegar, soy sauce, peanuts, soybeans, chopped green onions and parsley. 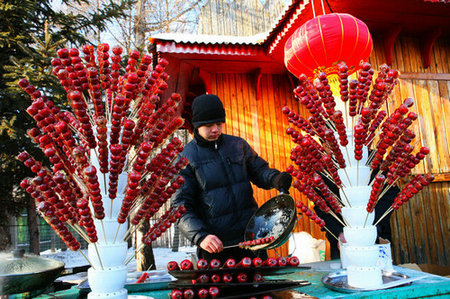 Sugarcoated Haws, or known as Tanghulu in Chinese, is a kind of candied fruit. It is usually the sugar-coated hawthorns on a stick, which looks brightly red, bearing a little sour and sweet. It usually can be found at stalls by hawkers at street corner or marketplace. 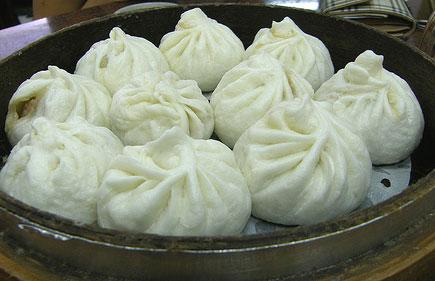 Xiaolongbao is a type of steamed small bun from the southern part of China. It is usually filled with chopped pork, seafood and vegetables or other fillings and then steamed in small bamboo baskets. It tastes good when served with Chinese black vinegar and chili powder. 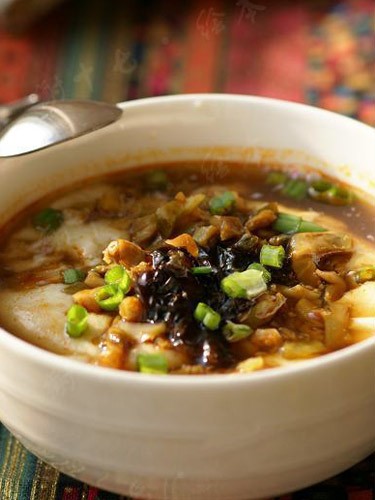 Doufunao is a breakfast-time soup dish made with bean curd jelly. In northern China, it is often eaten with a kind of soup made of soy sauce, mushrooms and egg, and plus some chopped coriander, while in southern part, it is usually severed with white sugar. 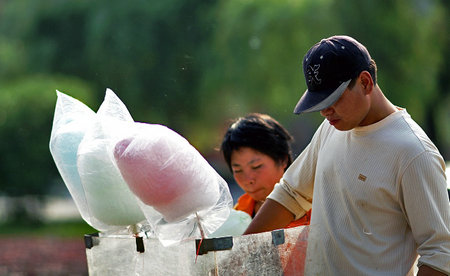 Cotton Candy, or Mian Hua Tang in Chinese, is very popular among children and teens due to its soft and fluffy texture, fairy-like shape and sweet taste. Usually you’ll find Cotton Candy sold by vendors around parks and temple fairs. Holding a stick topped with Cotton Candy always reminds people of their sweet childhood. 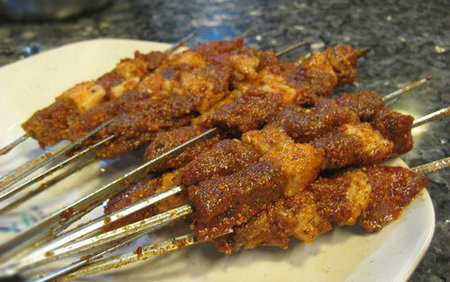 Mutton Skewer, or Yang Rou Chuan in Mandarin Chinese, is a popular snack especially in northern China. Chop lamb into pieces and then thread them onto skewers, and then grill on hot charcoals, some cumin and crushed red pepper will be sprinkled before it is done. Mutton Skewer is traditionally made by Uyghur minority people from Xinjiang and sold at street barbecues throughout all of China. 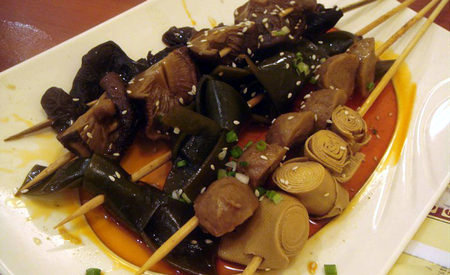 Malatang is a Chinese street food especially popular in northern China. Various ingredients are threaded onto skewers and then cooked in a big and flat saucepan with a mildly spicy broth in it. The ingredients usually include shrimp, fish balls, bean curd, lotus root, mushrooms, beef tendon and much more. The snack lovers sit around a desk, picking out skewers into a plate and eat together with sesame paste and garlic juice. Jianbing is a kind of traditional Chinese pancake often eaten during breakfast. First put some grain flour on a griddle and make it flat with a stick, then add an egg and some chopped green onion and cilantro onto its surface. When it is almost ready add some savory and spicy Chinese sauces and put crispy fried dough onto it. Then fold it several times before serving.