4 Surprising Tips When You Get To The Chinese Hospital

You don’t want to get sick on the road – particularly if you’re somewhere where the medical practice isn’t known for being the safest or the best. And though some areas in China have most certainly joined the 21st century, there are other areas, away from the cities where they don’t even seem to have entered the 20th century yet. Those places are great to travel through, but not so great to get sick in.

But when I was out there, sick I got. I got appendicitis. And that is not something that you want to wait around with. For those of you who don’t know, appendicitis can kill you if left untreated. Your appendix actually explodes (pow), your innards get all corrupted by the foulness and you die from the resulting infection. Now, I don’t know about you, but that’s not a way I want to go.

And so, when I got it, I had to make do with the hospital that was near. It wasn’t what I expected and I had some surprises – probably because I simply hadn’t read up on the local customs. In case you ever end up there, I thought I would share them with you, so that you don’t get quite as caught out as I did. 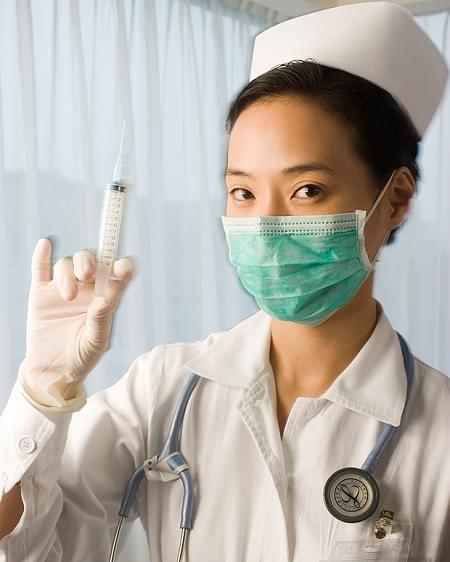 1. They give you back the bits they cut out

I kid you not. They do. I woke up to find my appendix lying next to my bed. It wasn’t a Temple of Doom thing, where it was still beating, or something like that (don’t be silly, appendixes don’t beat)! But it was scary enough. You don’t really want to see things that have been cut out of your body.

Though apparently in China they do. I was told this was perfectly normal. As if to prove that they’ve actually done something. Though it didn’t seem like great proof to me. How am I to know it’s my appendix and not somebody else’s? Maybe they’ve been using the same appendix for years now!

2. When they take your family out of the room, it doesn’t mean you’re dying

Apparently it’s a regular thing for them to discuss medical care with your family rather than with you. Really weird, if you ask me. Don’t I get to have a say in what you’re going to do to my body? Apparently not.

Don’t freak out if they do it, however. It doesn’t mean they’re going to tell them bad news, which is what it means back home. Instead, it’s just ‘yeah, she should apply this salve three times per day’.

Of course, I didn’t know that. So I got heart palpitations. They nearly had to resuscitate me. That would have been ironic. A bit like that guy who died because they told him they were going to chop his head off, dropped a wet towel on his neck and he died from a heart attack. Okay, maybe not like that. Maybe I just think it’s an interesting story.

Okay, maybe I should have kept this one as a surprise. At the same time, it’s just too good not to share. The food is fantastic! None of that pasty horrible crap that has been cooked by a man without taste buds in this hospital! Oh no! I got dumplings, rice porridge, stir fried vegetables and won ton soup. Now that is awesome.

Seriously, it was one of the best meals I’d had in the country. The ladies down in my local Chinatown can learn a thing or two from that Chinese chef that worked in that hospital. It almost made me want to get sick again. Can you get your appendix removed twice? (Well, I maybe you can if they’ve been using the same appendix for two years now. I should go ask).

4. The staff is nice

And why shouldn’t they be? I’ve always wondered that. Do doctors and nurses keep their distance from us in case we die and they end up feeling bad about that? Or is it so that they can slice us open with a hack saw without having to think ‘this is a person’ as they do so? That can’t be it, can it? After all, it’s not the nurses who slice you open. It’s the specialists. And I don’t really need them to be nice to me. I just need them to not cut out important bits that I actually need, while taking care of the problem.

Oh yes, and surviving the operation would be a nice bonus.

The nurses, on the other hand, and the doctor who comes to my bed side, it would be great if they could see me as a person, rather than a slab of meat that they have to swab down every 12 hours or so.

That they did in that hospital. And that has changed how I see medicine for ever. You don’t need to be mean to people, you don’t need to feed them bad food, and you don’t need to make their stay uncomfortable. I assure you, even if the food is good, they’ll still want to get out of your hospital as quickly as possible.

About the author: Samantha Brannon is an entrepreneur and freelancer. She is also a co-founder and writing editor at Trust Essays writing service. Samantha  loves self-education and rock music. Connect with her via Twitter