Misconceptions about China abound, most likely because China is still a mystery to most of us in the United States, and when our curiosity isn’t satisfied, our minds fill in the blanks. If the perceived truth is repeated enough times, we start believing it; it’s just human nature. However, many of these theories and fallacies that many of us have come to accept as truth simply aren’t. 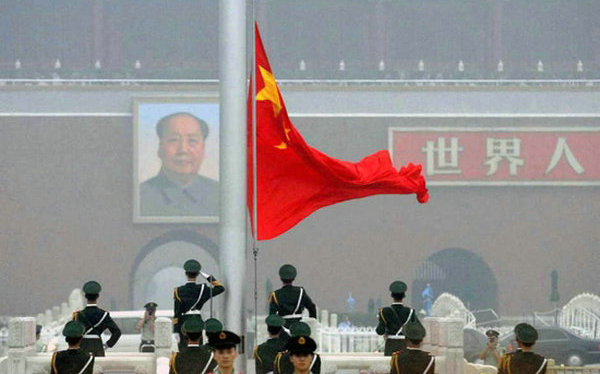 1. Chinese Goods and Services are Flooding the U.S. Market.

China sells a great deal of merchandise to the United States-but actual percentage of good sold here is probably much less than people think. According to the Federal Reserve, only 2.7% of U.S. Consumer spending is spent on Chinese goods and services. If you just looked at physical goods, non-durable goods like food, clothing, and toys only occupy 6.4% of our spending, compared to 76.2% spent on Goods made in the U.S.A. For durable goods, such as cars and furniture, about 12% are imported from China while 66.6% are made in America.

2. China is Causing Americans to Lose their Jobs.

Actually, America is causing Americans to lose their jobs. Many American companies outsource their manufacturing to China, and for those that don’t, there still may be components manufactured in China but assembled elsewhere, so they aren’t labeled “made in China”, but still have a great deal of Chinese made parts.

Over the past 20 years more jobs have been lost to automation rather than outsourcing. According to Bill Gates, that trend will continue, especially at the lower end of the skill set. Even jobs like nursing, retail, and wait staff are threatened with automation, and China has little to do with that.

3. China Holds Most of the US National Debt.

4. Everyone in China Speaks Chinese.

The mistake most Americans think when they think about China is that it is one large, homogenized society, and that they all think the same way and all speak the same language. The truth is, there are a number of cultures, languages and beliefs within China.

The predominant language in China is Mandarin, not Chinese, much the same as the predominant language in the US is English, not American. However, even the Chinese government realizes up to 4 million people don’t understand the national language. Even those who speak a recognized language, like Cantonese, may not understand a sub-language form that develops in certain regions. Therefore someone who speaks one form of one of the Chinese languages may not understand the dialect spoken in another region.

5. American-style Individualism is Growing in China.

While there are increased numbers of people, mostly youth, experimenting with counter culture and independent self-expression, this is not the same thing as independent thought. They are eager to move forward, and may seem a bit pushy and even self-interested at times, but the basic productive unit is still the clan, the family, or the collective. Most decisions are still made in groups, and the Chinese are skilled at working in groups.

6. China Will be the Lone World Superpower.

In terms of economic power, this may be true. However, their educational and governmental system produces people who may be extremely smart yet often lacking in entrepreneurial thought, the ability to dream and inspire, and draw outside the lines. The United States has a number of societal benefits that assure it a place of influence on the world stage. American has a certain frontier mentality, and nearly every American believes that truly anything is possible, and that even the poor boy living in the streets carries a seed of greatness that just needs its expression. “There will be more than one tiger on the mountain,” writes Tom Doctoroff, author of the book. What China Wants, “and the other will be the good ole U.S. of A.”

7. The Chinese Dream is the Same as the American Dream.

While there are similarities, the Chinese dream has more to do with Chinese prosperity and strength as a result of improvement of the quality of life of its citizens. Xi Jinping, President of the People’s Republic of China, says the Chinese dream is “national rejuvenation, improvement of people’s livelihoods, prosperity, construction of a better society and military strengthening.” The American Dream, on the other hand, is a belief people of the U.S. hold that that is opportunity for success and upward mobility through hard work and diligence. One dream seeks prosperity for a nation and one seeks it individually.

8. The Chinese Governing System is Inflexible and Difficult to Work with.

Outwardly, this may appear to be the case. China is a one-party system that allows it a certain flexibility not found in two-party systems. Two party systems may become so locked in their mutual disagreement with the other that forward movement and self-correction becomes impossible. Governments produced by elections tend to have an approval rating below 50%, while China’s one-party system has an 80% approval rate by those governed.

As long as there is a market for cheap goods, there will be countries that provide it. Products in China are made to order, and deliver at the price point that was mandated by the purchaser. It’s not that Chinese products can’t be high quality or they lack the knowledge to produce items of high quality, it’s just that that’s not where the market demands that it places its manufacturing skills.

Take it from Coldsteel, Gerber, and Apple, they can make nice stuff. They have the skills and technology when needed.

The Chinese have long practiced folk religions that may include aspects of Taoism, Buddhism, Confucianism and Daoism. Buddhism is still the most influential religion in China. However, expansion of Christianity in China has become rapid and, although estimates vary widely, currently it’s believed that there may be as many as 54 to 180 million Christians within China. Yes, that’s a wide gap.  Some numbers only count the number of baptized Christians that attend church regularly, others try to estimate underground or “house” churches. However, Xianwen Ye, head of the Communist Party’s State Administration of Religious Affairs, reported in 2006 that his estimate of the number of Christians was about 110 million, making the 180 million estimation not far off the mark.

This guest post is written by Kiara Halligan. She is a part of a team of experienced writers, that provides students with quality essays, which help them improve their writing skills