Top 7 Places To Visit In Xinjiang

In far northwest China, you can discover the beauty of Xinjiang that few get a chance to see, a totally new side of China that should surprise even the most jaded of China-seasoned globe trekkers. Don’t miss the opportunity to visit the top 7 places. 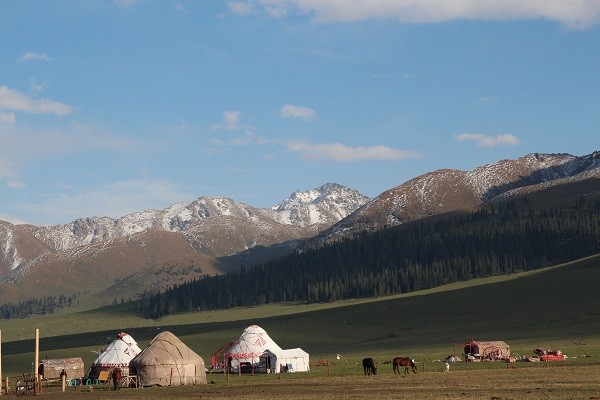 The eighth wonder of the world, Karakoram Highway climbs to an altitude of 4.7 km above sea level and runs through some of the most arid and difficult environments on Earth. It begins in Kashgar in the far west of Xinjiang Province. The road reaches its highest point at Khunjerab Pass just before reaching the Pakistan border and continuing all the way to Islamabad. Traveling the complete distance is a harrowing journey, weaving along mountainsides while giving the traveler a series of breathtaking views of the Himalayan mountains. A trek down the Karakoram Highway is a must-see. Just make sure that as you gape at some of the greatest natural beauty this world has to offer that you remember to take a few pictures. 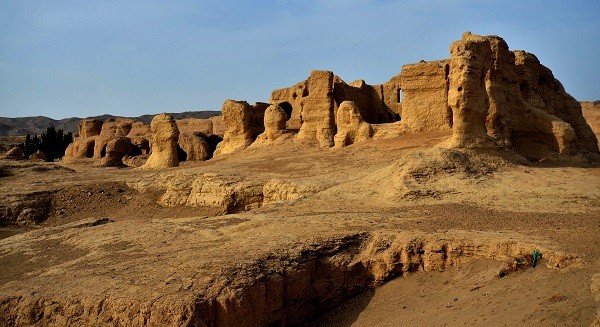 This site received its well-deserved status as a World Heritage site in 2014. These 1600 year-old-ruins once housed 6500 residents as a remote garrison of the Han Dynasty. The sheer scale of the ancient city is what inspires awe for the weary traveler, and since it is one of the best-preserved and oldest ancient cities in the world, you won’t be disappointed. Wandering the streets gives you the feeling that you’ve been pulled back in time. These ruins provide travelers a way to be transported into another dimension, different from the usual travelers’ choice in China. 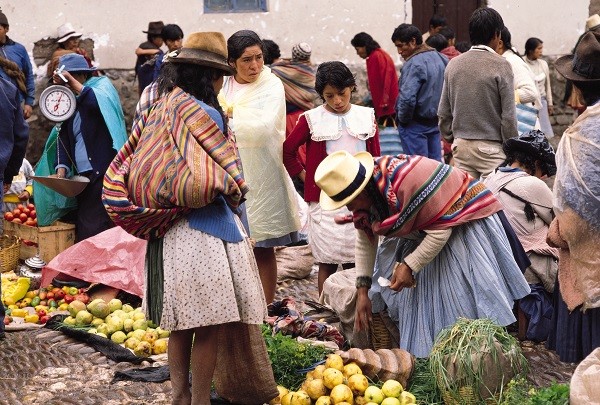 Although Kashgar is in China, it is here that you realize that you are standing firmly in Central Asia. The city was historically a key way point on the Silk Road, and you can still get a whiff of that history in Kashgar’s Sunday Markets.

In the Grand (Sunday) Bazaar, you can buy anything from handicrafts to coats, local delicacies to second-hand merchandise. Because Kashgar is quite literally in-the-middle-of-nowhere—it’s the big city for an area of land the size of Western Europe—everyone with something to sell comes here. From the Grand Bazaar, grab a taxi to the Sunday Livestock Market, in the north-western suburbs of Kashgar.

Attending the Livestock Market is a lively and slightly surreal experience. There you will find garrisons of goats, tied in straight lines to be haggled over with hand motions. It may feel like every cow, donkey, sheep, and horse within a 50km radius has been brought here. Soon they are all shipped out again in carts, trucks, and in the back of taxis. No visit to Kashgar is complete without a trip to the Livestock Market. 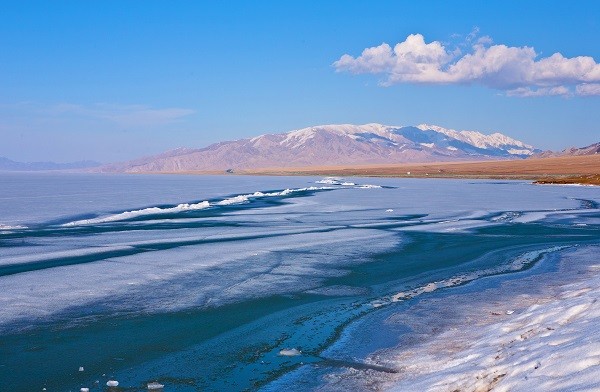 Just a stone’s throw from China’s border with Kazakhstan, Sayram Lake is a large high-altitude lake and one of the true pearls of Silk Road. In the Kazakh language, Sayram means “blessing,” and the local population considers the lake sacred for its deep blue fresh water. There is a legend that says the lake is composed of the tears of a couple of young lovers. Because of the lake’s tremendous beauty and its romantic associations, the lake has become a top location for lovers to take wedding photos and spend their honeymoons.

It’s a beautiful place that you should definitely go visit. It, its majesty is like a “Tear of God.” 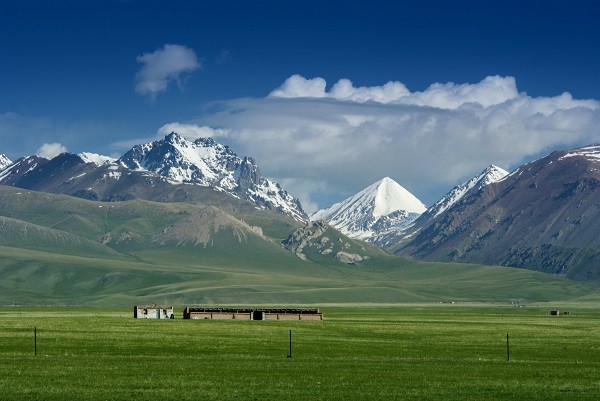 The Tianshan Mountain Range stretches 2,500km across Central Asia, and it is a UNESCO World Heritage site. Known for its outstanding beauty, smoky mornings, and snow-covered peaks, the mountain range hides a nearly infinite number of adventures for anyone from the intrepid trekker to the causal sightseer. Don’t miss a visit to the Heavenly Lake, one of the most stunning views in Xinjiang. 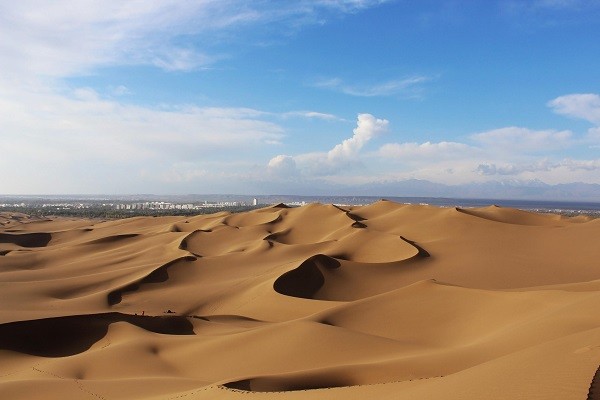 China’s largest desert and the second-largest sand desert in the world (after the Sahara of course), “Taklamakan” is a Uighur word that translates as, “you can get into it but can never get out.” It is also sometimes called, “The Sea of Death.” This is deep into Uighur-country and is part of the southern Silk Road. Ride a horse or amble through the oases; listen to the breeze, and feel the desert spirits who are said to have lured hapless travelers to their demise in the shifting sands. 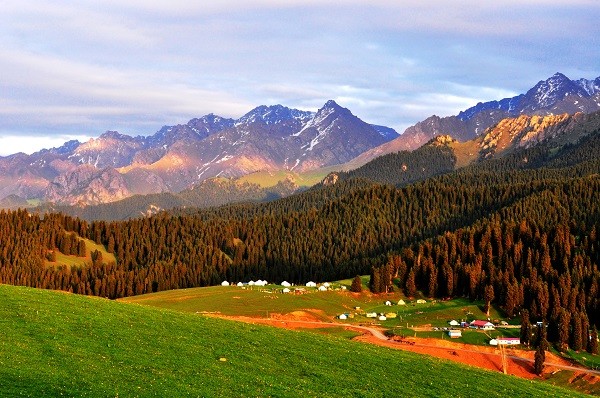 In the eastern section of the Tianshan Mountain Range, find the massive rolling grassland that is Jiangbulak. The name means “source of holy water” in the Kazakh language, and the area might indeed give you a religious experience. Between the wildflowers, massive barley fields, crystal blue lakes, and jagged mountains, you will find no shortage of stunning landscapes here.