Drinking tea is a cultural characteristic found throughout China’s history. It has even been classified as on the seven necessities of daily Chinese life in various texts. There are several varieties of tea with green tea reported being the most popular beverage consumed. The culture surrounding tea has different facets which a visitor can explore when in China. There is significance to the act of drinking tea which can transcend only drinking something. The Chinese culture can associate drinking tea with various personal interactions such as honoring family gatherings or as an act of respect when sitting with superiors. Visitors can travel to different cities and regions that have surrounding areas that cultivate tea. This way they can see the local environment and drink the various teas produced there. 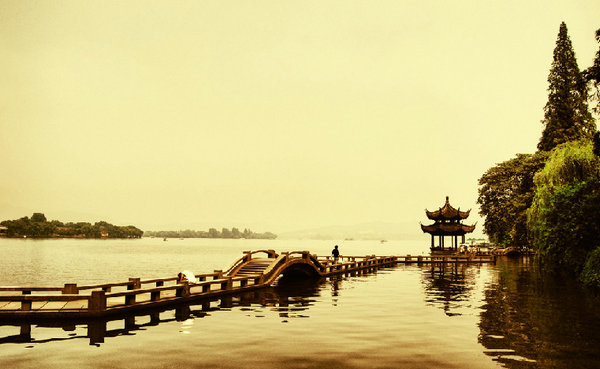 This city is located in eastern China. The surrounding areas have tea growing areas. A visitor would have a chance to try a famous type of tea called Longjing tea but also known by its translation as Dragon Well. This is a variety of green tea that has been pan roasted. The appearance of the tea in the cup is a yellow-green color. It has been reported to have a gentle, sweet flavor profile. Historical reporting indicates that this tea was granted the status of imperial tea during the Qing Dynasty.

People report that the most authentic type is known to be cultivated in the West Lake area near Hangzhou. Using Hangzhou as a base city the tea drinker can explore this area to try different variations.

This city is located in the eastern part of China. Found at the end of the Yangtze River the city is considered by some to be charming with its canals, bridges, and is sometimes call the “Venice of China.” From this base, tea drinkers can explore the area and get a chance to try another famous tea called Bi Lo Chun.

Bi Lo Chun is a different variety of green tea that is sometimes known as “Green Tail Spring.” Tasters report that the tea has a strong aroma when steeped but has a light floral flavor when drunk. Tea cultivated from this area can be tried in various places within Suzhou.

This city is found in the western Chinese province of Anhui. There is a specific green tea named after the city itself known both as Lu’an Leaf or Lu’an Melon Seed. The name is given due to the appearance of the tea leaf which some say resembles a melon seed. Lu’an leaf has been mentioned in various historical texts as considered a tribute tea to the imperial family of the Qing Dynasty.

This city is found a part of the Wuyishan Mountain Range and can be base to try Oolong tea varieties. One such is a variety called Da Hong Pao. This type of tea is grown in the more rocky ground and produces a lower yield making the price more expensive. Tasters report that tea has a smoky flavor profile with hints of stone fruit. This city can be the base to try oolong and different black teas that are grown in the areas around the mountain range. 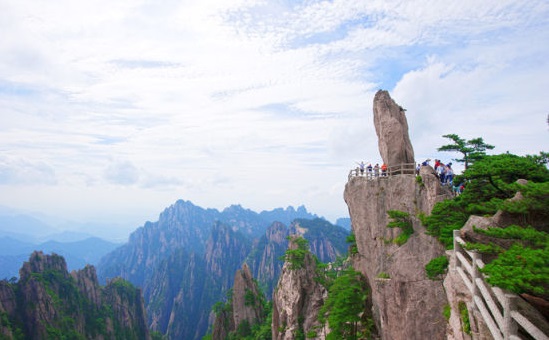 This city is a home to around one and a half million residents and is named after the mountains nearby called Yellow Mountain. Nearby counties are well-known areas for tea cultivation and a visitor could expect to get a chance to try various types when visiting there. Transport to this city has increased over the past decades and now visitors can arrive by air and rail with new connections being built to serve the tourism sector.

Huangshan Maofeng is a green tea translated to mean “Yellow Mountain Fur Peak” is so named due to the leaves appearance with small white hairs and the leaf resembling a mountain peak. Tasters report that it is a clean needle tea with slight tones of floral.

Qimen Red Tea is another type of tea found in a nearby county under the city’s jurisdiction and is a black tea. Different varieties have multiple flavors but tasters report that this black tea has a smoke like floral aroma when steeped and tastes of unsweetened cocoa flavor when drunk. A visitor can explore the different varieties grown in and around the city’s area and try them all.

Taking time to travel to the various cities that are associated with tea can be a unique travel experience. Tourists can include these cities in their itinerary as a way to see the diverse parts of China. Reading above a traveler can get a general idea of a couple of cities they might want o visit and drink tea.

Author: Benedict Brychta is an MBA student and a passionate blogger at WritingDaddy from San Jose, CA. He loves to share his opinion on different things happening in the spheres of motivation, digital marketing and entrepreneurship. You can contact Ben via Twitter.