Picking up Chinese girls requires a different approach than picking up western women. Chinese women are much less straight forward and they are less sensible to certain pick-up lines. In fact, using the same language you use with western women might even set you back completely and totally ruining your change of getting a date. On this article we will look at some top 10 ways of getting to a Chinese girl. Hopefully, if you play the cards right you will not walk away empty handed.


Tip 1. Pick something very narrow to focus on and use it to transition into a broader compliment.

Don’t just say that the girl looks beautiful, but rather look for something specific and compliment that. You could say that she looks very good in a particular dress or that her hair color suits her very well. This will give her the impression that you don’t say these compliments to every girl and that indeed there is truth in what you say.

Tip 2. Express your love and admiration for China.

Even if you don’t know squat about Chinese culture, you should definitely try to learn a few things and use them on your pick up attempt. If you want to get a smile from a Chinese person, then tell them you love their country. This works 100% of the time. If you are already living in China and really want to blow a girl’s mind away, then tell her you want to settle down there and you would love for her to help you learn more about the culture of the country. Remember, lying to get a date is not recommended. That being said, enjoy tip number 2.

Tip 3. Don’t be afraid to exaggerate.

Small comments like “I like your hair” may just be brushed off as politeness. Instead over exaggerate and again make it clear that you are complimenting her. If she is wearing high heels, then go on to say that those heels really make her legs look long. 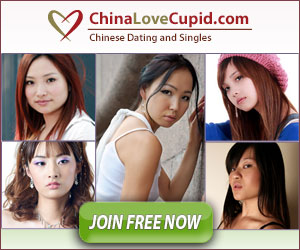 Chinese girls can be shy, and will often try to deflect your compliments. A very common way for Chinese women to deflect a compliment is “哪里哪里” “nǎli nǎli” which literally means “where, where?” If she says something like this, don’t back down.

Tip 5. Focus on her personality.

Compliments about a Chinese girl’s personality are usually more powerful than compliments about her appearance in general. Try to find out what she does for a living and what education level she has. Go on to let her know how smart you think she is and if she drops something or does something silly, then, don’t forget to let her know how cute she is. Chinese girls seem to have a cute fetish and they do everything to act and look cute.

Chinese girls go wild when they see a foreigner speaking good Chinese. If you can speak the girl’s language or better yet, if you can complement Chinese girls in their own tongue, you have the potential of being a living legend in your area. This is especially true for foreigners living in smaller Chinese towns.

Tip 7. Do your research.

Remember that concepts of beauty change from culture to culture and in China this is no exception. Before you go on to compliment a girl’s looks, you should do a little research about what they consider to be beautiful.  A few basic things that all Chinese girls focus on are being tall/having long legs, having a very white complexion, a narrow almost triangular face with the point being the chin, and long eye lashes. Complimenting any of these four areas is sure to be effective.

The problem with pickup lines is that they never work. Some guy invented them 100 years ago and some amateurs still believe they will work today. There is nothing more ridiculous than spamming women with ridiculous pickup lines and doing this in a culture where these pickup lines mean nothing is even more inefficient.   In general, avoid pick-up lines, jokes, and sarcasm.  Chinese girls aren’t used to using or hearing that kind of language and usually won’t understand it.

Avoid saying calling a girl “funny”, as it carries a negative connotation in Chinese. If she makes you laugh, then just use tip 5 and say she is “cute”.

Tip 10. Avoid talking about past relationships.

When she asks how many girlfriends you have had, lie about the total number. Usually, Chinese women don’t look for a date, they look for a husband. Even what might seem like a small insignificant date to you, will be an opportunity for her to observe you and decide if you are a good potential long term partner. If you are also looking for marriage, then telling her you want to form a family and would love to have a couple of cute mixed babies one day, will melt her heart. At this point, she should be yours even though she might remain careful.

Bio: Lucas C. is a 31-year old Brazilian who has been living in northern Germany for the last 6 years. In 2010 he accidentally ended up in Shanghai for 7 months and immediately fell in love with China. Ever since his return to Germany, he continues to delve deep into the Chinese world by studying Chine language, researching about Chinese economy and analyzing changes in Chinese society. Lucas has been to more than 12 Chinese cities and is currently sharing a life with his Chinese girlfriend. If you want to read more articles about how to find an ideal Chinese girl or are interested in finding out more about Chinese women, then head over to mynewchinesewife.com

Leave a Reply to The Ted Cancel reply