Top 10 Useful Things You Should Know Before Visiting China

Below are the top 10 useful things everyone should now before visiting China:

1. Beware of the water in China 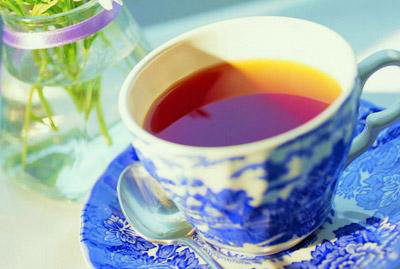 Don’t want to breed an alien in your stomach? Then you might want to avoid drinking tap water in China. As a developing nation, China struggles with environmental pollution and control over its water distribution system. This is especially true in large cities.

2. Only tip if you have or want to

Although you might have put on some weight lately, there is no need to go around acting like Santa Claus. Although you might be feeling extra generous, keep in mind that most Chinese restaurant and service employees work on a fixed salary. There is, usually, no need to spend extra money on tips and the staff will be happy to help anyway.

4. Protect yourself against air pollution
Some very large Chinese cities like Beijing and Shanghai are often plagued by smog. If you cherish your lungs, then using a breathing mask is in order.

5. Small gestures can hold significant meanings
Don’t blow your whole business deal on the first encounter. Be courteous and aware of the different business etiquette. Exchanging gifts and business cards with both hands is a sign of respect and already a good start.

6. In China, many ties are strengthened at the dinner table. Be patient and courteous
The dinner table is a treacherous place for foreigners in China. You will not only be more respectful, but also gain an advantage if you let others eat first. Then follow the lead.

7. Giving comments (positive ones) on somebody’s look is acceptable in Chinese culture
In some of western countries, commenting on someone’s look is considered inappropriate while in China it’s quite normal. Say if you comment a girl’s beauty you first met in your own county, she might feel uncomfortable, but Chinese girls won’t feel that way.

8. Gift giving is huge in China. Make sure you are ready
Remember every year during your birthday party, you are supposed to open gifts in front of people and always smile to make sure nobody feels offended? In China you will never have to go through that again! Gifts are opened in private.

9. Don’t do anything to make someone call you a “250”
In ancient China, copper coins were grouped by stringing them together through the square holes in the centre; originally 1000 was a unit of currency called a diao. Ban diao zi literally means half a diao (500 coins), which is a slang term referring to a person who is inadequate in skills or mental abilities. Er bai wu (250) is, therefore, half of a Ban diao zi and it is an insult.

10. Avoid “black” taxi scam in China
“Black Taxi” means illegal taxis. In order to avoid those overcharging taxis, you should get an idea from locals for the general price and write down the address in Chinese. Also mark down the driver’s ID in case you need to report them later.

If you want to read more articles about dating Chinese women, then head over to MY NEW CHINESE WIFE