There are many animals in the vast land of China. Some endangered species are so rare that you may have never heard of them. Or you may have heard of some but did not know them well. Below is a list of the rarest animals in China. 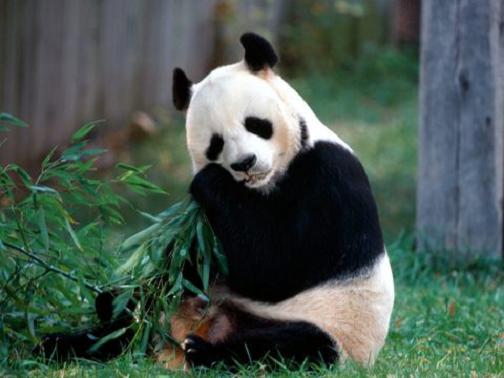 Giant Pandas are a kind of rare bears which live in temperate-zone bamboo forests in south-western China. They are one of the rarest animals in the world. It is estimated that Giant Panda’s total population is between 1,000–2,000 and more than 200 live in zoos and research centers. Wild Giant Pandas mainly live in the mountain areas in central China’s Sichuan, Shaanxi, and Gansu provinces. They once lived in the low lands, but expanding human activities forced them to move to the mountains again. 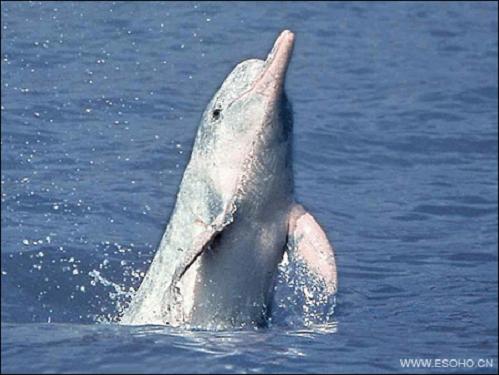 The White-Flag Dolphin, known as “living fossil”, is a kind of extremely rare animal and may already died out for the destruction of its living environment in the Yangtze River. This kind of dolphin has very poor eyesight and can only live in freshwater in the middle and lower sections of the Yangtze River. It is the one world’s rarest dolphins ever found. 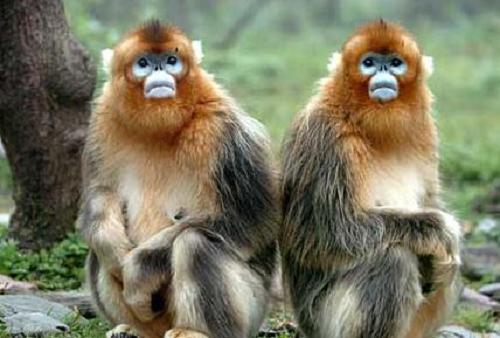 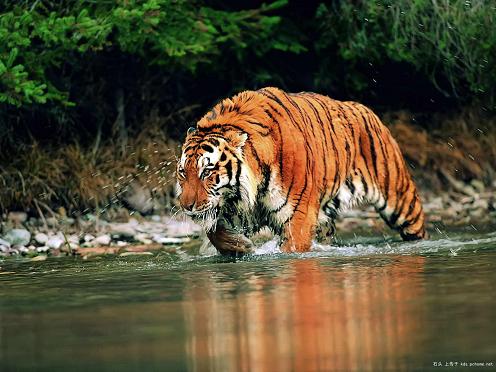 The South China Tiger lives central and southern China. It is reported that there are only 98 South China Tigers living in captivity in China. This kind of tiger once were numbered in thousands, but many experts believe that the animal already vanished in the wild. 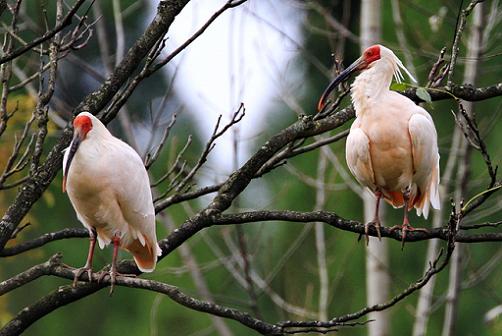 The Crested Ibis is a kind of bird with long beak and red cheeks. There were once only 7 individuals and with great efforts now its total number has expanded to about 700 birds in captivity. 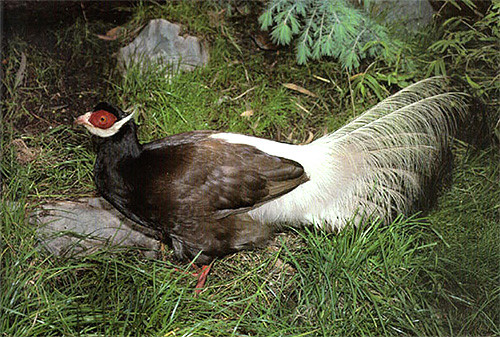 Brown Eared Pheasant is a kind of big-size fowl genus with dark brown fethers. There are only about 2,000 mainly living in China’s Shanxi, Hebei provinces and Beijing. 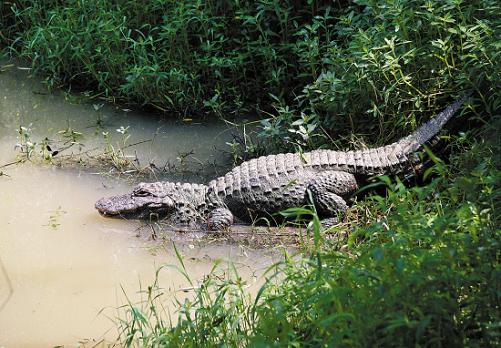 The Chinese Alligator, or known as the Yangtze Alligator, was very abundant millions of years ago. But today, only about 150 live in the wild and 10,000 in zoos and research centers, it is listed as the world’s most endangered creatures. Chinese alligators mainly live in the lower reaches of the Yangtze River. 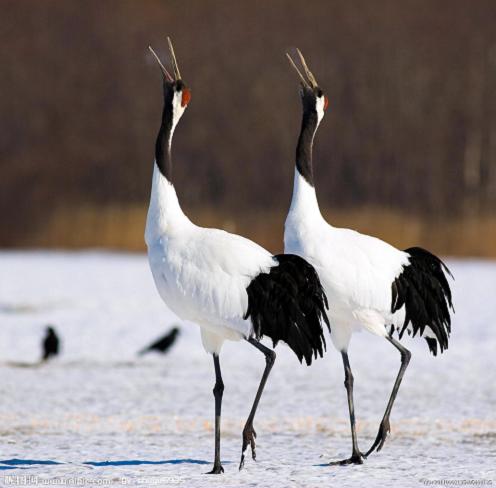 Black-necked Crane is a large-size wading bird which has silver gray or white body color with dotted brown brims. There are about ten thousands of them living in Yunnan, Guizhou and Tibet provinces. 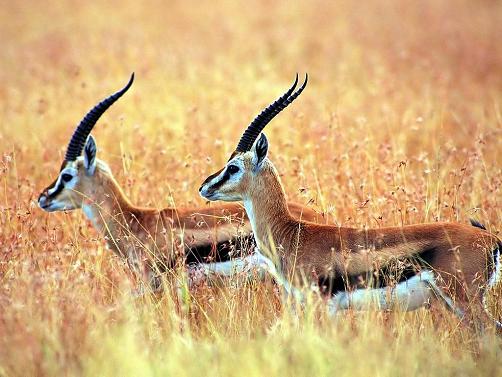 The Tibetan Antelope is a representative animal living in Qinghai-Tibetan Plateau. They are timid and often seek food in the morning and evening. There are about 100,000 Tibetan Antelopes distributed in plateaus of Qinghai Tibet and Xinjiang. 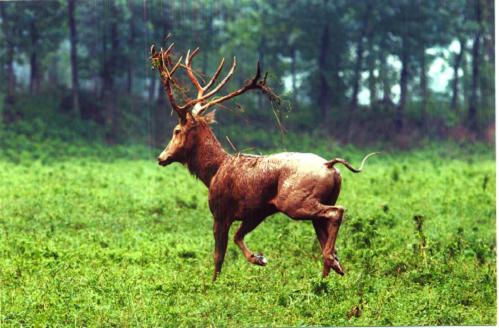 Pere David’s deer is a kind of wetland species famous for its unique appearance. It owns a camel’s neck, a donkey’s tail, cow-like hooves and stag antlers. Chinese often called this strange creature Sibuxiang – Four Unlikes. Now there are only about 1600 captive captive Pere David’s Deers in Beijing and Dafeng.