Nobody can be sure what happens when you die, but the last minutes of life are generally filled with loyalty. A person’s last words are very exposing. These words provide a glance into the individual’s overall inner thoughts. We’ve summed up the last words and quotations of some unforgettable individuals in China’s long history, from general Zhou Yu to Poet Lu You to revolutionist Sun Yat-sen. 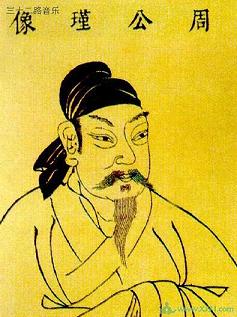 Zhou Yu is the well-known army general who guarded his lord’s place from Cao Cao and Liu Bei. In the historical Chinese novel Three Kingdoms he was described as a rival  of Zhuge Liang, a chancellor of Liu Bei. He was very envious of Zhuge Liang’s abilities and consistently tried to outsmart the latter but was never successful. Besides, Zhou Yu’s death was also depicted to be caused purposely by Zhuge Liang. Zhuge Liang destroyed his battle plans for three times. On the third time, he spat out blood and sighed, “If (Zhou) Yu has already been born, why is (Zhuge) Liang to be born?” (既生瑜, 何生亮?), before dying.

#2. Xiang Yu 项羽
“My strength plucked up the hills, My might shadowed the world;
But the times were against me,  And Dapple runs no more;
When Dapple runs no more, What then can I do?
Ah, Yu, my Yu, What will your fate be?”
“力拔山兮气盖世。
时不利兮骓不逝。
骓不逝兮可奈何！
虞兮虞兮奈若何！”

Xiang Yu (232- 202 B.C.), is a notable armed forces head and political figure during the late Qin Dynasty and was the King of Western Chu. He is known for his fight with Liu Bang,the founder of the Han Dynasty.

Due to his atrocity, Xiang Yu lost the support of officials and the common people. His army was conquered by Liu Bang finally and he then committed suicide by the Wujiang River. The Song of Gaixia (垓下歌), was a song and also his last words made by Xiang Yu while he was besieged by Liu Bang’s army at Gaixia.

#3. Tan Sitong 谭嗣同
“Though I have the will to kill enemies, but it`s already beyond my strength to reverse the defeat.”
“有心杀贼，无力回天” 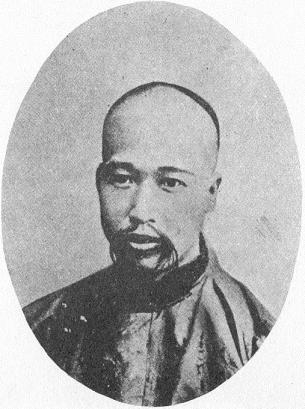 Tan Sitong (1865-1898) was a famous Chinese politician and reformist during the late Qing Dynasty(1636–1911); but he was finally killed by the Qing government a 33 when his reformation failed. He was one of the “Six gentlemen of the Hundred Days’ Reform”. He has an very significant position in contemporary Chinese history. His execution is a symbol of the political failure of Qing Dynasty’s reformation from on its own and transformed many intellectuals to resort to resort to violent and aggressive means, through revolution, to overturn the Qing Dynasty. The above last words were written in prison before his death.

#4. Lu You 陆游
“All turns to dust in my dying eyes,
only hatred is that a unified land is not seen.
When the day of the emperor’s troops sweeping the North comes,
you must not forget to tell me at my tombstone.”
“死去原知万事空，
但悲不见九州同。
王师北定中原日，
家祭无忘告乃翁。” 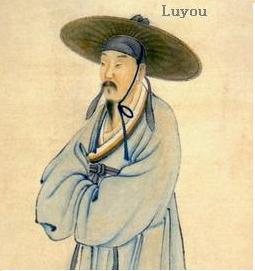 Lu You  (1125–1209) was the most productive poet during the Southern Song Dynasty(1127–1279), composing about 10,000 poems. He is regarded as a patriotic poet as many of his poems urges the government on to reunify the country through war. In 1153, he successfully passed the exams and had a chance to obtain a government position, but the prime minister that time was his opponent and he had not been in a post before 1160 when the prime minister died. He then served in the army on the border of Sichuan and Shaanxi, and this military service experience greatly influenced his perspective and his writing. After some years in the capital Hangzhou, he was sacked for his outspokenness, and went through several provincial positions till his retirement in 1190. His poems are known for its criticism of Song officials’ bureaucracy and its sympathy for the poor people.

#5. Sun Yat-sen 孙中山
“We haven’t succeeded in the revolution yet, so our comrades should still work hard/ strive for it!”
“革命尚未成功,同志仍须努力” 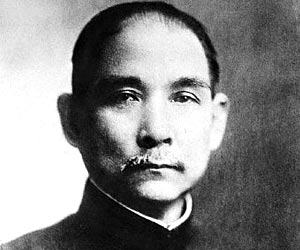 Sun Yat-sen (1866 –1925) was a Chinese revolutionist，he was also the founding father and first president of the Republic of China. Sun played an important role in the overturn of the Qing Dynasty in the Xinhai Revolution. Sun served as the first president when the Republic of China was established in 1912 and later co-founded the Nationalist Party.The last words was a will made by Sun on Feb, 24, 1925,17 days before his death.

#6. Wen Tianxiang 文天祥
“All men are mortal, but my loyalty will illuminate the annals of history forever.”
“人生自古誰無死，留取丹心照汗青” Wen Tianxiang（1236 –1283) was a well-known scholar and general in the late years of the Southern Song Dynasty(1127–1279).He positively join the resistance movement against Kublai Khan‘s invasion of the Song, and refused to surrender to Yuan Dynasty despite being caught and tormented. He is considered as a patriotic hero in Chinese history. The words was written when he was captured by Yuan army and expressed that his patriotic feeling for the Song Dynasty will never change until death.

#7. Qu Yuan 屈原
“The whole world is all muddy I alone clear, the people all are drunk I to awake alone”
“举世皆浊我独清，众人皆醉我独醒” Qu Yuan was one of the best Chinese poets and a minister of Kingdom Chu during China’s Warring States period(403 BC – 221 BC). Marginalized by fraudulent court officials, he was sacked and exiled for three times.In 278 B.C.,The Kingdom Chu was breached, Qu Yuan felt very desperate and jumped into the Miluo River on May 5. The last words came from one of his poems, expressing his spirit of being unwilling to go along with others in devil deeds. Now this kind of spirit has become a respectable personality admired by many Chinese people.

#8. Ruan Lingyu 阮玲玉
“Only death can prove I am wronged.”
“不死不足以明我冤” 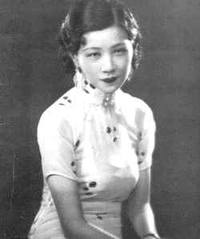 Ruan Lingyu (1910-1935) was China’s first female movie star to win wide acclaim from the general public.She is regarded as the greatest film star during Chinese silent film era. She made her first appearance in film as the major role in 1927 movie “Husband and Wife in Name”, and she performed in 29 films in total in her short lifetime from age 15 to 29. Her performance represented the turning point from stylized performance to realistic performance. Due to being frustrated in love and being afraid of extensive media coverage she left his last words and committed suicide in Shanghai on March 8, 1935.

#9. Xia Minghan 夏明翰
“Beheading is nothing to me, A true communist who’d be, Though you kill Xia Minghan today,  Numerous will follow my way.”
“砍头不要紧，只要主义真，杀了夏明翰，还有后来人。” Xia Minghan(1900–1928) was an early head of the Chinese revolution and a pioneer of Communist Party of China. On March 18th 1928 he was arrested by Kuomintang in Wuhan and was tortured in prison, but he was unyielding and did not reveal Chinese Communist Party and preferred death to surrender. He was finally taken to the execution place two days later. When he was asked what he wished to say, he said: “Yes, bring me a pad and pen! ” in the final minutes of his life, Xia proudly wrote the poem that support justice and died a heroic death. The quotation is from the major figure named Wang Cheng in well-known Chinese movie “Heroic Sons and Daughters”. Wang Cheng is a great Chinese soldier and dies as a martyr during the Korean War.Wang’s political commissar Wang Wenqing encounters Wang Cheng’s adopted daughter and found that she is his lost daughter. He does not reveal their relationship and helps her to sing the praises of the hero Wang Cheng. This movie pays tribute to Chinese hero and their spirit of internationalism between China and North Korea.