The 7 Leadership Rules of Jack Ma

When we talk about leadership, we know many of the people having specialized skills and education those revolutionized in various fields, like Mark Zuckerberg, a computer expert and graduate of one of the best universities in world invented Facebook, and  like Bill Gates, launched Microsoft, Like Steve Jobs, specialized in computer technology, initiated Apple inc,  but what about a person, Jack Ma, Chinese business magnate, investor, and philanthropist, who was just a English teacher,  was not computer scientist, even did not know how to do coding, shattered the foundation of theories  of management and science and became the reason of revolution in e-commerce that was neither familiar nor at progressive stage in China. The man with simplicity left behind all the heroes, in row of success miracles. 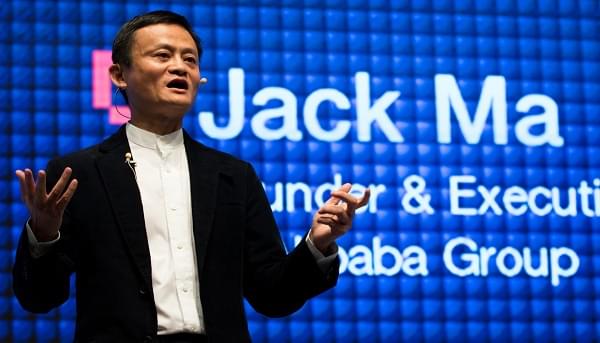 1. Being Charismatic and Visionary

Jack Ma the founder and executive CEO of the AliBaba has set example of charismatic leadership in the country where internet was elusion while science was far behind and economy was moving at a snail’s pace forward but his visionary leadership brought not only the eCommerce revolution but perplexed and surprised the entire world along with developed nations that visionary leadership exists here too.

In contemporary global world, where dynamics such as customization, employees importance, competitiveness, and constantly changing technology have a marginal influence on sustainability and growth so individuals cannot reach target alone therefore leadership in such a environment is pivotal for radical change in society.

Jack Ma, who not only flunked in math as the student, but also failed twice for securing admission in college and struggled enough for admission in his third attempt at Hangzhou Normal University, challenged the world of leaders that leader is someone who is not prone to the biggest hurdles but he is who, who can revive with visionary charismatic qualities and he is person who believes in consecutive struggle and inventing the opportunities when management styles are changing, structural changes are pertinent, resources are scarce, technology is introductory, people are machines and almost all business dynamics are under employed.

Leadership is pondered to be the main source of driving organization onto the peak of glory and success and these are the people who rise with vision of transforming a smaller organization into a giant organization and Jack Ma, proved to be the one, who created organizations from bottom such as Alibaba.com, Taobao Marketplace, Tmall, eTao, Alibaba Cloud Computing, Juhuasuan, 1688.com, AliExpress.com and Alipay.

Perplexingly he was one who attempted ten times for securing admission in Harvard University but they could not understand the worth of this giant legend and eventually now he  is set to deliver lectures at there in world best universities such as Harvard University itself other schools include Wharton School at the University of Pennsylvania, Massachusetts Institute of Technology, and Peking University.

A man who is labeled “trillion Hou”, meaning literally “Trillion Yuan Marquis” in Chinese was just a teacher in the beginning at Hangzhou Teachers Institute and worked informally as tour guide in Hangzhou, China. He became the pioneer in China’s growing information-technology sector proving to be the initiating leader who not only designed structure and roles but inspired the masses of the people.

Sanjay Varma who has remained AliBaba Vice-President narrated that being a leader Ma, has always remained humble, trustworthy, and intelligent and there is neither shift in his dynamic personality nor in his goals and vision. Indeed these are the virtues that a leader must possess in order to keep employees motivated, raise their organizational commitment, and elevate the desire to be at the top for perpetual success.

For pursuing the dreams, Ma found an opportunity for launching the first online directory with title “China Pages” and immediately in next year he established AliBaba in his own Hangzhou flat with optimum resources he could have, including 17 friends and $60,000 of funds at the time when e-commerce was unheard in China proving to be the leader by actions, team working, inspiring and empowering.

Impervious in obstructions, firm in perceptions and unmatchable in personality attributes, Ma became one of the member of billionaire club in the world and owns $21.9bn in assets, according to the Bloomberg Billionaires Index. His journey from a simple informal tour guide to most successful person from China is not that flat, obstacles less and failure less. His exceptional qualities and behavior such as supportiveness, openness, and relatedness with his inspiring visionary dreams made him to stand in the row of consideration leadership where he resolved problems as opportunities with new solutions.

He has not merely brought radical change in ecommerce industry in China but has paved the way for new ventures such as travel booking company, navigation application, music-streaming service and football team, putting AliBaba beyond its core domain and running beside world giant organizations such as Google and GE indicating the qualities of being directive, achieving and participating leader.

Jack Ma who has not only seen failure several times but faced rejection, even was called crazy with outlandish ideas by his father who warned him many times that those ideas could have resulted imprisonment in an earlier generation. Taking his zeal, passion, and enthusiasm, he exchanged ideas with his friends and peers with intellectual stimulation, charisma and idealized influence which converted dreams of China Pages, AliBaba, Taobao into reality.

Spectacular, scrawny and just over 5 feet tall, Ma is found to be rejected by KFC when it came to his home town Hangzhou in east China and He said, “When KFC came to China, to my city 24 people went for the job 23 people were accepted I was the only guy who was not” while he decoded his secret and believes in most powerful quality of transformational leadership that if you want to triumph, then empower others and it is you who have to make sure that these people are better than you and in aftermath your success will be certain even the code of success is inspiring the followers and believing in their strength and potential.

Jack Ma as driving force, when his organization TMall which is an online retail site and functioning under the aegis of AliBaba group confronted accusation of false advertising on China’s most famous social website Weibo where more than 1500 negative comments posted then this par-crisis anomaly was not only resolved swiftly but it was turned into opportunity for enhancing public relation through self mocking strategy as a change in response and style of leadership where conventional approaches fail for dealing such crisis.

Ma through his personality has inspired millions of people in China with his readiness to mock himself, speaking his mind, charismatic, energetic and humble behavior, he believes that women are crucial part of society and indeed they have played pivotal role in his success as their commitment and care for customer cannot be overlooked, and indeed organizational success and survival both depend on leader and employees so employees must be empowered, encouraged and educated.

7. Bonding with Culture and Philanthropy

Ma, who is famous for being in love with Kung fu novels, travels with Tai Chi trainer is also prominent for his philanthropic vision and in this stance he won support from world tycoons such as Bill Gates and Warren Buffett.

Ma also served as a chair of the US Nature Conservancy’s China board of directors and said that if he cannot be a doctor but he can have his own approach to save lives while his focus would be on medical, environmental, educational and cultural programs by the virtue of his maverick leadership style having empathy, counseling, and development.