The 5 Most Common Chengyu and How to Use Them

“Chengyus” are a type of traditional Chinese idioms which consists of four characters. They were commonly used in ancient Chinese literature and are still widely used in spoken Chinese. Though only four characters, Chengyus often have a deep meaning behind them and is interwoven with the moral concepts from classical Chinese mythology. If you’re ever looking to get a complex point across quickly, then there’s no better way than four characters Chengyu in Chinese!

In China, students have to learn many, many Chengyus with their meanings as a part of school curriculum. Since they are so widely known (even from an early age) native Chinese people pepper Chengyus into their daily conversations with ease. However, if you’ve never learned Chengyu before, you might have a hard time guessing what Chengyu means just by looking at it. You have to know the background story to truly get the deeper meaning.

Today, we here are going to teach you some of the most useful Chengyu so that you can communicate like a native Chinese! 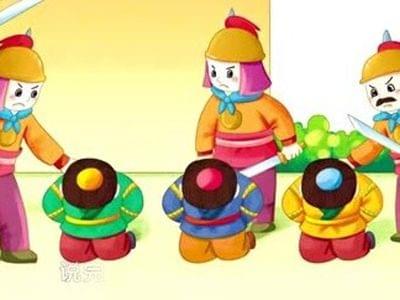 The Myth behind the Chengyu “百折不挠”

There was once a great administrator name Zhao Xuan during Han dynasty. He was a man of character. One day, a group of bandits robbed his house and kidnapped his son. The bandits asked a lot of money in exchange for his son’s life. Soon, the officers (policemen at that time) surrounded the bandits, but they dare not attack for they feared the robbers would take the son’s life.

At that time, Zhao shouted “Should I let go of these bad guys just because of my son’s life?” He then ordered his officers to get the bandits. In the ensuing conflict, his son was killed. However, the people praised Zhao’s perseverance and stoic attitude.

The moral behind this story is not to give up even when you face setbacks and difficulties.

The Meaning of the Chengyu “百折不挠”

How to use the Chengyu “百折不挠”? 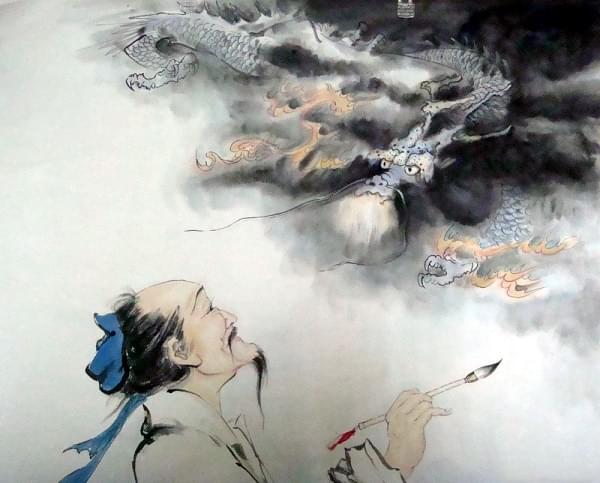 The Myth behind the Chengyu “画龙点睛”

He answered that when the pupils were painted, the dragons would fly away. The people did not believe his words and kept asking him to draw the pupils for the dragon. Zhang reluctantly drew the pupils of two dragons. The two dragons flew away as soon as he finished.

The moral of this story is that a small pupil can bring out life from the painting because the eye is “the window of soul.” Likewise, one excellent phrase or idiom can also make one’s speech and writing much more brilliant.

Meaning of the Chengyu “画龙点睛”

Give a finishing touch to bring the work of art to become more alive.

How to use “画龙点睛” in a sentence? 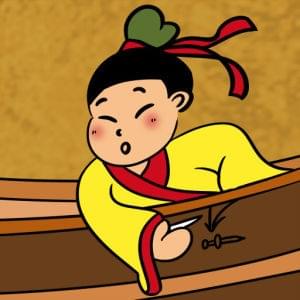 The Individual Characters in “刻舟求剑”

This chengyu come from fable by Lu Bu wei. Once there was a man in the Chu state who dropped his sword into the river. He immediately cut a mark on the side of his boat to indicate the place where his sword fell.

When the boat reach to the opposite side of the river, he dive into the water below the mark to look for his sword. However, he can’t find the sword as the boat has been moving but the sword hasn’t.

The moral of this story shows how an action can become pointless due to a changing circumstances. This chengyu is usually used to describe people who are too conservative and mechanical to adapt flexibly.

– Using a stupid approach to solve a problem.
– Being stubborn and using the conservative solution which will become useless due to a changing circumstances.

How to use “刻舟求剑” in a sentence 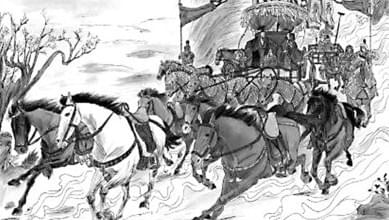 Meaning of Individual Characters in “老马识途”

This originates from an ancient story. During the spring and autumn period, duke Huan of the Qi state led his troops to attack the Guzhu kingdom. They left in spring and when they came back it was already winter.
Therefore, they lost on their way back. Then someone in the troops suggested to place an old horse in front of the troops to guide the way. Finally they managed to reach home by following the old horse.
The moral is that experienced people can do things better than those who are not.

Meaning of the Chengyu “老马识途”

How to use “老马识途” in a sentence? 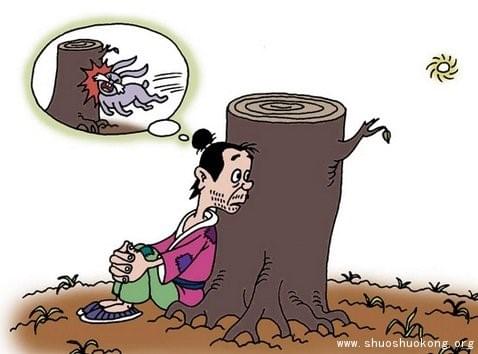 Meaning of Individual Characters in “守株待兔”

This chengyu is also from a fable from Warring States Period by Han Fei. Once there was a peasant in the Song state. There was a tree stump in his field. One day a rabbit dashed itself against the tree stump and broke its neck while he was tilling the field. He was very happy to get the dead rabbit without any effort.
Since then, he stopped ploughing the fields. He just stood by the stump waiting for another rabbit to hit into the tree itself again. After a few days without any gains, he realized that he won’t get another rabbit by luck. By then, however, his field withered due to the lack of care.
The moral of this story is that you might get lucky sometimes but it is not reliable. You shouldn’t fully depend on it. Initiatives and hard work by yourself are more practical and necessary to be successful.

How to use “守株待兔” in a sentence?

Sam works as CMO of TutorMandarin – an online tutor service that focuses on teaching students how to learn Chinese using an innovative learn Chinese app and PC Software. This Chinese app is free to download and comes with a free 1-on-1 class, 2 unlocked courses, a full language evaluation, and daily Chinese articles. Sam has lived in China for 5-6 years in Beijing and Suzhou as well as Taipei for over a year, but he has been studying the Chinese language and Chinese culture even longer.