10 Things You May Not Know About Chinese in Africa

In times when the number of African immigrants in Guangzhou yearning to reach their Chinese dream seems to wane, on the other side the number of Chinese going to Africa in search of fortune seems to know no recession. The United States and other Western Countries at the same time seem to resent China’s involvement in the African continent and if the playing down of China’s progress and the occasional portraying of some Chinese investors as heartless opportunists does not bring too much damage, in some countries, like South Sudan, the US attempts to counteract the good relationships established by Beijing with the local government have brought death and war to thousands of people. 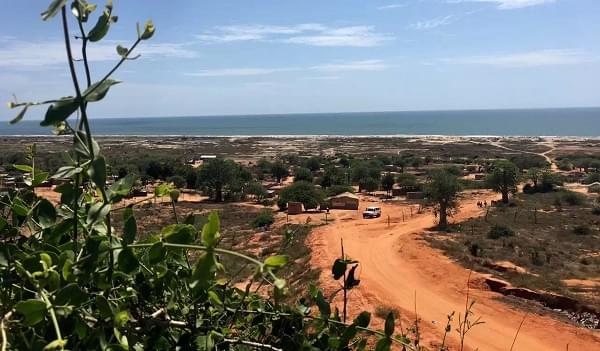 Many try to paint a picture of what is going on with the Chinese in Africa, but there are many aspects of the establishment of Chinese enterprises in the continent that are ill-understood and a passing look through the large-scale phenomenon can only give a rough idea of what it is to live and work there. This list is an attempt to right some misunderstandings about the Chinese diaspora and show some authentic aspects of Chinese people in Africa.

1. Chinese people are present in all countries of the African continent.

It is estimated that more than 2000 companies investing in the territory. The industries they are involved in range from mining to construction, from transportation to manufacture. The construction of modern train tracks and new trains sponsored by the Chinese Government has brought great advantage to the local population of many African countries that can now trade on a bigger scale.

2. Africa is not a new Chinese Colony.

Although most news report of a “Colonization” of Africa by the Chinese companies, the reality is that it is not much of a colonization, but more of a modern Gold Rush: many of the Chinese workers and investors in Africa are just individuals looking to support their own families and possibly achieve the dream of becoming rich, they have left everything they knew to adventure in a country they originally thought of as hostile or they didn’t know anything about. Obviously some of the negative aspects typical of a gold rush are also present in the Chinese phenomenon: some of the entrepreneurs and investors try to mine (sometimes literally) the place dry and then leave without bringing much advantage to the locals, but this is not true for the majority of Chinese in Africa.

3. The thing most Chinese workers are afraid of in Africa is not a disease.

You would think that in countries where diseases like yellow fever, polio, cholera, tuberculosis and malaria are still a considerable risk for the population, people coming from China would think twice before they went out without a mosquito spray, but thanks to the health checks and vaccines, the catching of diseases slides to third position in the list of scary things Chinese expats have to deal with, after criminality and traffic police or military road stops. The fact that in some airports like Luanda the money in your wallet can magically disappear from your bag and clothes at security checks and people with uniforms and guns can stop you in the middle of the road for the sole purpose of receiving a bribe in money and sometimes in food and water, might give an idea.

4. The sentiments towards Chinese people in Africa are mixed.

If the traditional Western European and American competitors paint a not-too-flattering portrait of what they see as the typical Chinese pioneers, the people of different countries and areas within the countries themselves express very different views on Chinese workers and investors. The most welcoming country right now is Angola, where Chinese people are investing in many projects that, albeit often guided by capitalistic aspirations, still involve many locals both in management and as manual workers. In neighboring countries though the opportunism of some individuals has attracted the negative attention of the local population.

5. The thing Chinese investors complain about the most is finding highly skilled locals.

Be it for the less-than attractive pays they offer locals, or for a lack of specific training in many fields, it is often difficult to find people for administration and other positions where a specific skill set is required, hence the hiring of many Chinese nationals that in turn will start their own businesses in the future. With time though companies hope they will be able to find and train local employees to work for them.

6. Something that surprises most Chinese is that once there they find out that African locals do not know how to farm.

This is a comment I have heard from more than an acquaintance working both in Eastern and Western Africa, many Chinese have introduced farming in some areas of the country and train local people on farming techniques, but not many locals seem too interested in agriculture. In fact, lots of produce come from abroad and a part from local stuff everything else can be very expensive. To give an idea of the phenomenon, the capital of Angola, Luanda is THE MOST EXPENSIVE city in the world. Yes, you read it right, the most expensive on the planet (although some other cities like Singapore contend the title now and then), where you might buy a burger for 40 Euros .

7. Lots of Chinese do not like to use banks to change money and prefer to do so through the black market

They do this because in the black market they can get favorable exchange rates and besides, sometimes banks have not enough foreign currency to exchange and some countries do not allow to export local currency.

8. All companies that can afford to, hire local police and soldiers.

They hire them act as guards and deterrent against possible robbers and other criminals, the guards escort employees and guard living quarters. It is very common to hear gun shots at sundown and Chinese workers get used to it very quickly. The gun shots are a signal to potential malefactors that armed man are around, although when robberies really take place, the guards have been observed to leave or plainly run away. To the Chinese workers’ disappointment, because of the daily firing of guns, fireworks are not allowed ever, not even for Spring Festival, which puts a damp on the New Years’ celebrations every time.

9. Most workers and investors in Africa are men.

Although there are not many official data, Chinese women’s presence in companies may be about 5% of the total of employers and employees. Given the very small number of Chinese women, some male Chinese resort to prostitution to find company, often choosing Vietnamese and other Asian girls instead of locals. Some say because they prefer the Asian looks and some for fear of diseases. A completely different kind of women that brave the poorest areas of the continent are Chinese nuns, that despite having already a complicated life because of their calling, decide to work as missionary nurses and cure people in far away villages.

10. Not everything that glitters.

Newly graduated Chinese students that are invited by companies to work in Africa as translators are promised salaries of more than 100,000/year, but once there, some students are asked to put their passports in the company’s hands and de facto feel trapped and become dependent on the company in everything, even when they report this to the local authorities, they seldom find a solution and  decide to go back home, where they seldom receive the promised payment.

In conclusion, Chinese workers in Africa are first of all dreamers that dare defy the odds, pack and land in a foreign land where everything is completely different from their own culture and environment. As an expat myself, or better, as an immigrant in a country so well-developed as China, I admire their courage and their pluck to front so many daily challenges in some African countries that have recently seen war or that are still in the grip of conflict, especially because they often have to create their own businesses or work in areas that are not yet developed. This new expat generation of Chinese is a testament to the Chinese people’s love and knack for entrepreneurship and I think many should learn from the many good examples of these pioneers.

This article is contributed By Eva Sara Molaro, an Italian woman who have been living in China for 10 years, She has worked in Education and Management mainly but has lots of other interests and activities, She just got married legally to her Hebei province husband who actually works in Africa with lots of other Chinese. You can reach her by email evasara@hotmail.com.