Top 5 Travel Places You Need To See In Hangzhou

You like to travel in China and you did not visit Hangzhou ? You will find in this article the best place to visit written by Olivier a French expat based in Shanghai. 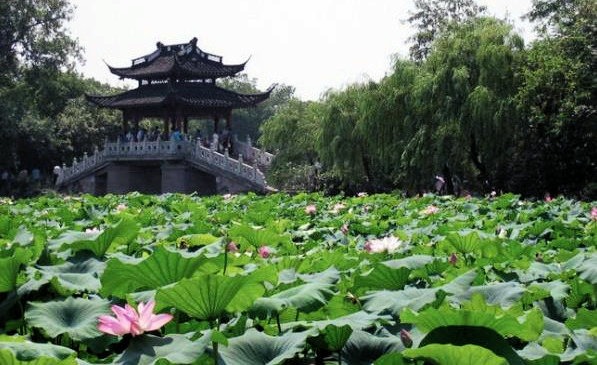 The Western lake, as its names indicates, is located in the West part of Hangzhou city. It is a UNESCO World Heritage site. Some lovely green hills border it, and it harbors many monuments, which make it a centerpiece of tourism in Hangzhou.

The lake, interspersed with small islands, is crossed by two dikes which cut it in five parts. Walking along the bridges allows tourists to enjoy its peaceful environment at its best. Considering the city has nine millions inhabitants, this lake is a real treasure. This peaceful place in the very heart of the city makes all his charm. Most of the touristic areas of Hangzhou are focusing towards the lake. The place is enjoyed both by locals and tourists.

In its center, the Hangzhou lake harbors the main island : Gushan (lonely mountain). This island has two bridges, separated by the Melting Snow house. On the East side of the lake, Xiao Ying has an adorable nine-zigzag bridge. In its South side, three stupas overhang the water, they are called Santan Yinyue. The Yingzhou islands, center house and Ruangong Dun get along together in the center of the lake. The close hills harbour antic Chinese masterpieces.

Olivia , an expat in China explain that : “The area is full of gardens and parks, with many flowers and trees. The neighboring areas have hills with astonishing curves, dense forests, .. They make all the beauty of the Western lake.”
In the middle of the hills, there are many artistic Chinese treasures such as old stone tablets, antic architectures, and carved stones.

I recommend you a little walk around the lake, and if the weather allows it, having a brunch in the middle of the lake is a great way to relax and enjoy the lovely view. 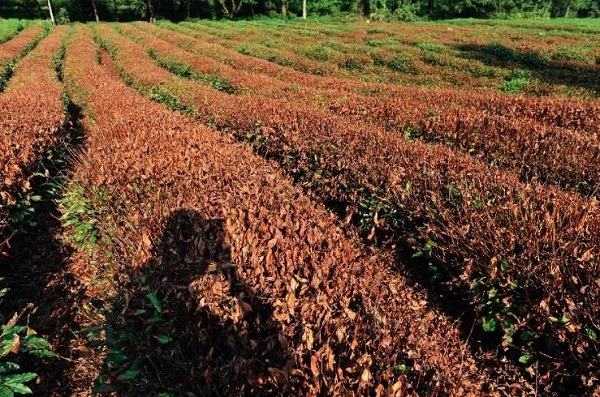 The Western lake as a UNESCO World Heritage site cannot be taken apart of the Longjing tea. Which is part of the local culture. The local tea became popular in the heritage of the region starting from the Tang dynasty. Cultured people were enjoying it very much.

The link between the tea and the lake comes from the fact that the drink represent, to their eyes, the water, which is necessary for life. Whereas the lake represents the aesthetic aspect, which is so important to their eyes too. Then, the link between lake and tea becomes clearer. The Longjing tea is made alongside the Western lake of Hangzhou. Its popularity comes from the fact that in this very place are united natural conditions which are necessary to its color, tone and taste, which make it a very popular tea.

The Longjing tea and Western lake are inseparable from the culture of Hangzhou city. Hangzhou town will be an obligatory visit for everyone who enjoy quality tea, where they will be able to taste amazing Longjing teas.

Harry, a tourism professional explain that most of his customer are so happy to visit these fields of tea , and are curious about the fabrication of the Tea. 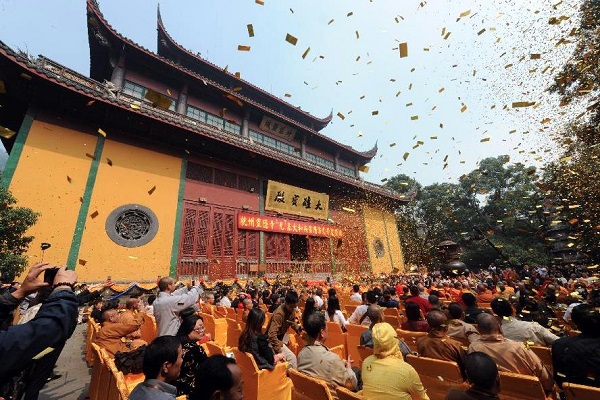 Lingyin (or Linyin) Temple is located in the North-West section of Hangzhou. It is an ancient Buddhist temple. Its name means Temple of the soul’s retirement. It recalls this naming because it sits among green hills of Wulin, settled with Beigao and Feilai pikes. Therefor, it is a calm and smooth place.

The temple was built during the sixth century, under East Jin’s dynasty. It suffered many assaults, but got rebuilt dozens of time. Its actual form is a reconstitution. Lingyin temple allies calm and beauty, while being in the heart of Hangzhou, therefor, you cannot miss this place ! You can wonder around the temple to enjoy its livening colors, and cool down after a long day around the city.

The six harmonies pagoda is located in the south of the city, on the crescent moon hill. This Buddhist pagoda is built close to the Qiantang river. It takes its name from the Buddhism six harmonies’. Serenity of the body, moderation of the words, spirit satisfaction, studying precepts, comprehension of sight and benefit sharing. Though, some people name it six intersections’ pagoda which are north, south, east, west heaven and earth, which also comes from Buddhist culture.

The magnificent building got destroyed in the past, but got built again many times. The Chinese pagodas museum, which stands next to the pagoda itself, must also benefit from attention, because it hides many pagodas models which you can see in it. Then, you can keep walking on the hills and try to find a nice spot to shoot a good photo of the pagoda overlooking the Hangzhou lake. 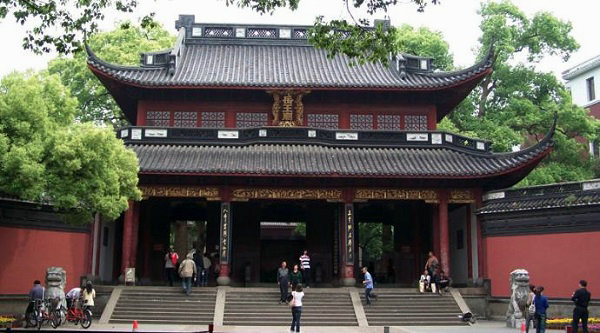 Yuefei temple is located next to the western lake, which is still in Hangzhou city. It got built in memory of General Yuefei who live under the Song dynasty.Close to the Western lake, you may also find the mausoleum of the famous general. It got built the Emperor Song Xiaozong after the general’s death. Afterwards, the temple holding its name got built in this very location.

The sculptures and graves in the harbor are from the sixth century. The temple has two magnificent floors and a peaceful garden, full of trees. A statue of the great general Yuefei sits in the center of the big hall of the mausoleum.
The temple is a nice place to visit, where it is nice to remember general Yuefei’s power. You can walk around the temple for an hour or so, enjoying its architecture and thinking of general Yuefei and how fierce he must have been.

Can you advise us other nice places to see in Hangzhou ?