According to Boston Consulting Group, China will count 700 million internet users in 2015. They include not only young and urban individuals, but also seniors and rural residents. The web has become “a staple in Chinese daily life” and a popular digital culture has developed with the Netizens as trend-setters. In order to help you better understand Chinese internet language, I sum up the top 5 things you need to know to understand Chinese Netspeak.

1. The homophones and the play on words 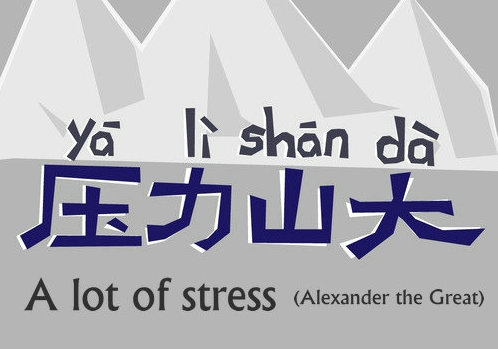 The Chinese language has two key characteristics: the characters and a tonal system of 4 intonations. There are numerous homophones and it is common to create amusing play on words on the web. For instance, the phonetic transcription of “Picasso” (毕加索 Bìjiāsuǒ) has been kept but its meaning has been shifted to describe the geeks who are “chained at home” (闭家锁bì jiā suǒ). Another famous example is “Alexander the Great” (亚历山大 Yàlìshāndà) who has come to describe “a lot of stress” (压力山大yālì shāndà).

2. Abbreviations and the numbers that “talk”

There are over 1 billion mobile phone holders in China. They use foreign abbreviations such as ROTL (rolling on the floor laughing) and TTUL (talk to you later). They also create their own ones such as PLMM for a “beautiful woman” and SG for a “good looking man”. Numbers may also become very popular. For instance, the numbers 2013 and 2014 are famous. The logic behind is simple: “2013” (二令一三 Èr lìng yīsān) has a close pronunciation with “I Iove you for my whole life” (爱你一生 ài nǐ yīshēng); and 2014 (二令一四 Èr lìng yīsì) sounds like “I love you forever” (爱你一世 “ài nǐ yīshì).

Some situations create the buzz on the web and popular catchphrases or words regularly emerge. For instance, the famous “can I say bad words?” This was a driver´s disgruntled answer to a journalist question about the rise in gasoline prices at the pump. Another example is the word “airpocalypse” or “Judgment Day atmosphere” that has turned to symbolize the concern of Chinese people over air pollution.

The Netizens scrutinize their society to identify individuals sharing the same traits and create “modern-day” tribes. For instance, the “Luxury” tribe that associates consumption with social status, the “Tuhao” or “tasteless Nouveaux Riches” who enjoy showing off when putting their money down the drain, the “Nuhanzi” or “Manly women” who only rely on themselves…With these profiles, the Netizens provide a unique insider perspective to understand modern China.

The Netspeak is taken over by the media with the aim to increase their audience and companies include this language in their marketing and communication strategies. A famous example is Coca-Cola that used internet buzzwords in China for a branding campaign in July 2014.

The author: Véronique Michel is a multilingual conference speaker. She has published LA CHINE BRANCHEE (Chinese Netspeak) and LA COMMUNICATION A LA CHINOISE (Chinese communication style) with SEPIA publishing in France. In March 2015, her book CHINA ONLINE will come out in the United States with Tuttle publishing. Véronique Michel can be reached via email: lachinebranchee@hotmail.fr