Qin Shihuang is the first emperor in China who united the whole country. His two great projects the magnificent Great Wall and marvelous terracotta warriors and horses army make him famous in the world. To assure his rule after death, he commanded about 700,000 laborers to construct a huge mausoleum for him. Legend has it that numerous treasures were put in this underground palace. But over time nobody knew what was put in the grand palace and many unsolved mysteries still fascinate people.

Mystery 1: Is the remains of Emperor Qinshihuang intact?

The 1970s’ discovery of a intact women remains in Mawangdui Han Dynasty Tomb in Changsha city shocked the world. Her well-preserved bones are quite rare in the world. Is the emperor Qinshihuang’s remains well preserved? In terms of just technology, if the Han Dynasty woman’s body could be well protected, the Qin Dynasty, which was only 100 years earlier than the time of Mawangdui woman, should have also mastered the embalming technique. But the problem is that Qin Shihuang died on the way of an inspection tour during hot summer days, his body began to decay on the way back, the body was already beyond recognition before transporting back to Xianyang. Presumably it was highly unlikely that Qin Shihuang’s remains were well preserved.

Mystery 2: Is there mercury buried in the underground palace? 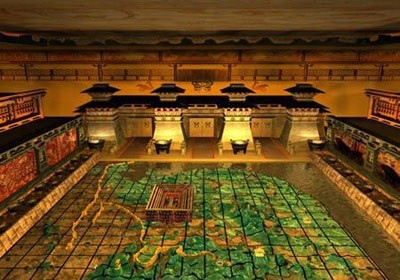 The record of using mercury to create rivers and sea inside Qingshihuang’s tomb can be found in history book “Records of the Grand Historian“. Another book “Book of Han” also has similar record. However, whether there is mercury in the tomb is always a mystery. The development of modern science and technology provides necessary things to verify the “mercury” mystery. Geology experts sampled at imperial tomb for several times. After repeated tests, they found abnormally high quantities of mercury in the soil samples. In contrast to soil samples of other parts there were almost no mercury found. Scientists thus came to a preliminary conclusion: The record on large amount of mercury buried in Qing shihuang’s tomb could be trusted.

Mystery 3: How deep is the underground palace? 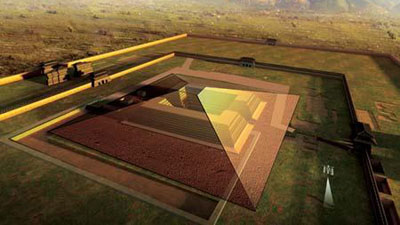 The latest archaeological survey data shows that Qingshihuang’s underground palace is 260 meters long from east to west and 160 meters wide from north to south, the total area is 41,600 square meters. The tomb was the largest underground palace during the Qin and Han dynasties, its size is equivalent to five international football pitches. The further archaeological drilling confirmed that the grand underground palace is a vertical grave. Sima Qian said the tomb was deep enough to “get through three springs”. According to the book “The Old Rites of the Han Dynasty” the tomb “has been extremely deep”. This shows that the underground palace has reached its deepest point with the technology of the time. But what is the depth of the so called “extremely deep” ? 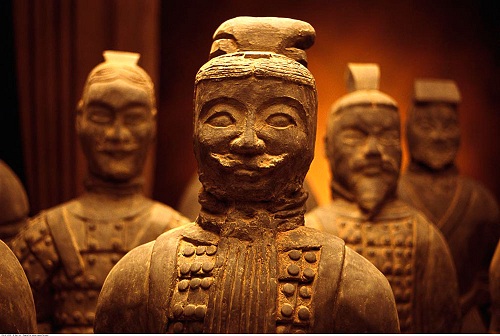 According to unofficial records, Xiang Yu, the king of the Chu state, who crushed Qin Empire, eventually died in the hands of “Terracotta Warriors”. The five cavalry soldiers who killed Xiang Yu at the bank of Wujiang River were all Qin’s soldiers from Guanzhong area, they were also the prototype of Qin Terracotta Warriors and Horses.

Mystery 5: Is there “Nine-storey wicked tower” hidden inside the mausoleum? 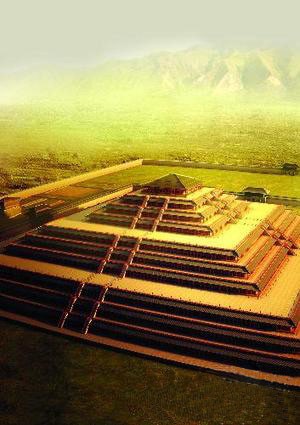 When have a bird view of the grave mound, you can clearly see a square pyramid, so the Americans call it “loess pyramid”. It is paradoxical that the inverted pyramid shape of the mound seems to coincide with the say of “nine-story wicked tower” and it is absolutely unique in the world. Qin Shi Huang was a weirdo, this mystery seems could only be revealed by archaeological discoveries.

Mystery 6: How many gates were set in the underground palace? 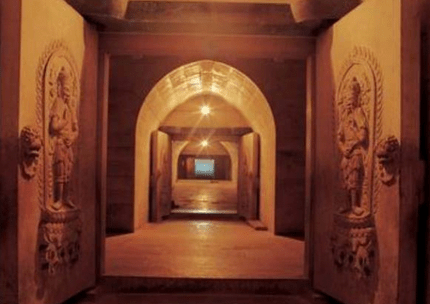 According to “Records of the Grand Historian”, a great historical book written by Sima Qian: When the emperor died, he was put in the tomb. Then, the middle gate was closed and the outer gate was shut down. All craftsmen were entombed. No one got out of it” This tells us that there are three gates in the underground palace: an outer gate, a middle gate and an unmentioned inner gate. It is believed the middle gate was locked automatically to stop any breakthrough from both inside or outside. And the three gates were located on a straight line.

Mystery 7: The famous historical book “Records of the Grand Historian” says that “The tomb has both the sky and the land.” What does it mean? 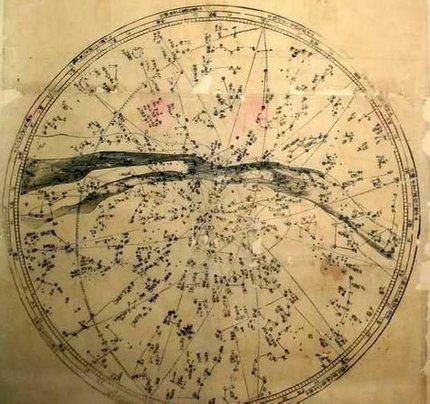 In recent years an astronomical and geographical chart was discovered at the Han tomb of Xi’ an Jiaotong University. The upper part has sun, moon and stars, the symbol of the sky, and the lower part is mountains, rivers and animals, which represents the land. By inference, the ceiling of the Qin Shihuang’s underground palace may have been inlaid with pearls as stars, the floor with mercury mimicking mountains and rivers. In this underground “kingdom”, the emperor’s soul still rule everything between heaven and earth.

Mystery 8:How many treasures lie buried in the underground palace? 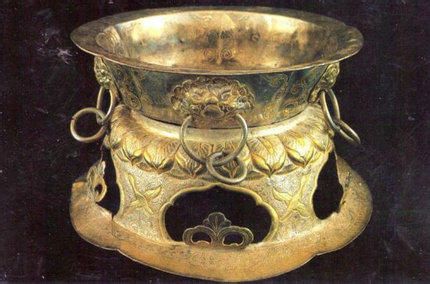 According to Sima Qian’s record, Qin Shihuang’s underground palace has numerous fine vessels, valuable stones and other buried treasures. Liu Xiang, another well-known scholar before Sima Qian said in his passage that “From ancient time to now, nobody has ever been entombed in such a magnificent way as Qin Shihuang.”

All these descriptions made us want to know the wealth buried in the tomb. In the late 80s, a big bronze chariot with life-size horses was discovered just outside the tomb. These ornately designed funeral articles intrigued the world about the treasures buried in the tomb chamber.

Mystery 9: Is the Qin Shihuang’s coffin made of copper or wood? 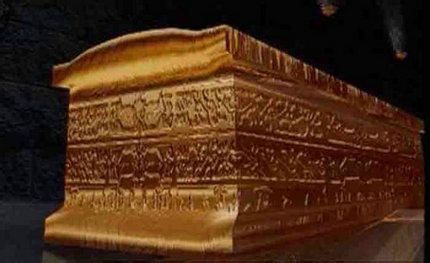 The historical book “Records of the Grand Historian” gives a vague record of “pouring copper to place the outer casing of the coffin”. So some scholars concluded that the emperor’s coffin is made of copper . But, another historical book “Book of Han” says: “using copper to cover its inner side, paint to coating outside”, “Being covered with peals and jade and decorated with emerald.” so the coffin is probably made of wood. 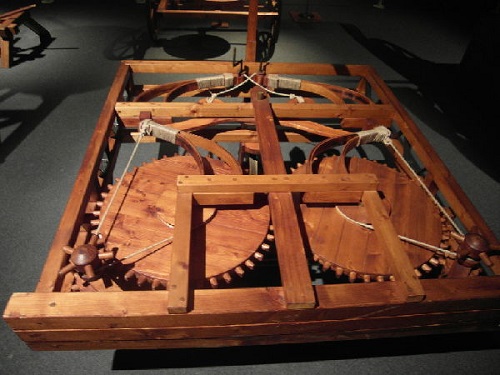 Ancient people liked burying treasures in the tomb. And this of course made the tomb robbery become very rampant. To protect against external invasions various precautions were taken to prevent robbery. It is said that apart from toxic mercury, automatic triggered arrows were set up to stop robbers. Any person who dared to intrude would absolutely come to a violent death. Nevertheless, all these claimed deadly weapons have been hidden in the tomb for more than 2000 years. Would they still work well today?