Top 10 Things to Do in Shanghai

For a long time, Shanghai has been one of the top cities to visit in China along with Hong Kong, Beijing and Nanjing. It is the mercantile city, the commercial centre of the country and possesses one of the most vibrant lifestyles in the country filled with daring architecture, culture, entertainment and more.

This article only introduces ten of these things to see. A full list could run into the hundreds, if not thousands. Some are obvious and well known while others are not so famous. 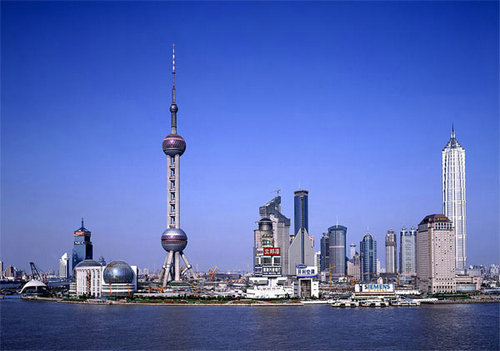 Once off the plane or the boat, the Bund is the obvious place to start. Built by the British company as a trading area in 1846, it is now the cultural and mercantile heart of the city. The area is remarkable for its mishmash of stunning architecture including Gothic, Romanesque, Renaissance and modern. This is the area to take a wander with a camera. Bund walking tours make it possible to check out places such as the jazz bar in the Fairmont Peace Hotel and the fully restored lobby of the HSBC building.

Shanghai is not lacking skyscrapers. The Shanghai Stock Exchange building is often recommended for getting bird eye views of the city, but the Oriental Pearl Tower is an iconic building with unique architecture. Built in 1994 as China began its rise, the tower contains five observation decks and a restaurant.

The Shanghai Acrobatic Troupe need to be seen to be believed. Shanghai is great for food, for bars, and entertainment, but the troupe offer something spectacular and Chinese. The plat spinning, juggling and balancing acts will give you a lasting memory for your trip to Shanghai.

China and Shanghai contradict when it comes to history. The nation is one of the oldest going; the city is one of the country’s youngest major settlements. Shanghai Museum crosses both, taking in exhibits from the country and region’s history. Unlike other museums in the country that combine poor organization with awful English, the Shanghai Museum is clean, well lit, organized and understandable. Areas of the museum include jades, ceramics, calligraphy and more. Seeing the whole museum in depth will take a long time, so it might be a good idea to pick one area to examine in full.

Most markets start early and finish mid-afternoon, but the Wenmiao Ghost Market takes this to extremes. Starting at 3am on a Sunday morning, the market lasts for just two hours and is closed by 5am. Based on Wenmiao Lu, in the Confucius Temple, the market is famed for super cheap posters, comics, old and second hand Chinese novels. There is something for everyone with an interest in Chinese literature.

Shanghai mixes together China’s traditions and desire for modern culture. The latter is seen in the Moganshan Road Art District, which is near Suzhou Creek and contains a large number of modern galleries and workshops from Shanghai’s contemporary artists. This is the place where the best art is created and is free of much of the derivative art that can be found elsewhere in more tourist areas. Check out artists like Zhou Tiehai and Ding Yi. If you like this, also check out Dongtai Road’s antique shops.

Located near the bund, this slice of old Shanghai is also known as the Garden of Peace and Comfort. Here the pace of life slows down. The 16th century garden contains 30 pavilions, temples, halls and a grand rockery. Some might find it kitschy and like a slice of Chinatown from some western city, but it is still a lot of fun.

After walking around the hectic city, seeing sights and trying new food, it might be a good idea to get a nice, relaxing massage. A Green massage costs 98Rmb, but it is not for the weak. This is a strong, traditional Chinese acupressure massage. It might hurt, but in the end, your body is going to feel fantastic. This is a clean, proper establishment and offers a higher level of service than many other hole in the wall options.

In his book, The River at the Center of the World, Simon Winchester navigated the entire length of the Yangtze River as was possible. This was before the development of the dams in the last decade. The book starts with him sailing into Shanghai harbour. This is possible from several places such as Osaka in Japan and Hong Kong. Sailing into Shanghai is a great way to begin or end a cruise vacation in China and sailing up river to Nanjing and beyond is a fantastic way to leave Shanghai. These journeys are also fitting because British traders founded the city, so the sea and the river mouth are intrinsically linked to the city.