China has the highest mountain in the world, and about two-thirds of the country is mountainous area. The ranges mainly run from east to west and from northeast to southwest, thus numerous grand rivers rise from these mountains and nurtured great Chinese nation for thousands of years. Now let us look at these great rivers and pay our respects to them. 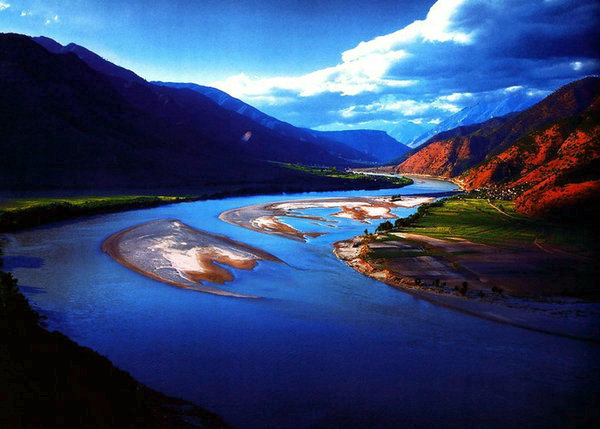 The Yangtze River originates from the snow-draped Geladandong, flows through Qinghai, Tibet, Yunnan, Sichuan, Hubei, Hunan, Jiangxi, Anhui and Jiangsu, and finally enters into the East China Sea at Chongming Island. With the total length is 6300 kilometers, Yangtze River is the longest river in China, and the third longest in the world. 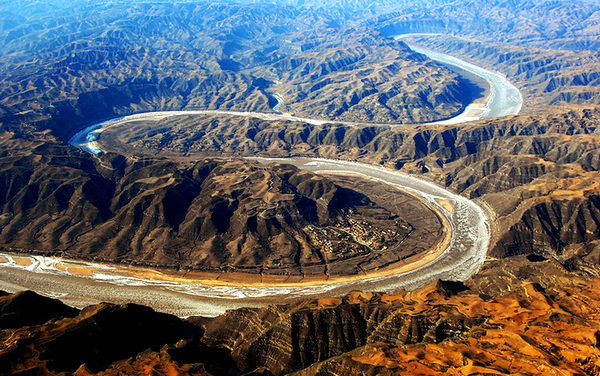 The Yellow River, with a total length of 5,464 kilometers, is the second longest in China next to the Yangtze River. It runs through Qinghai, Sichuan, Gansu, Ningxia, Inner Mongolia, Shaanxi, Shanxi, Henan and Shandong and empties into the Bohai Sea. The Yellow River is in the shape of huge Chinese character“几” . It carries enormous amount of yellow earth and sand and on average contains 34kg of soil per 1 cubic meter of water which makes it the world’s biggest as far as the outflow is concerned. 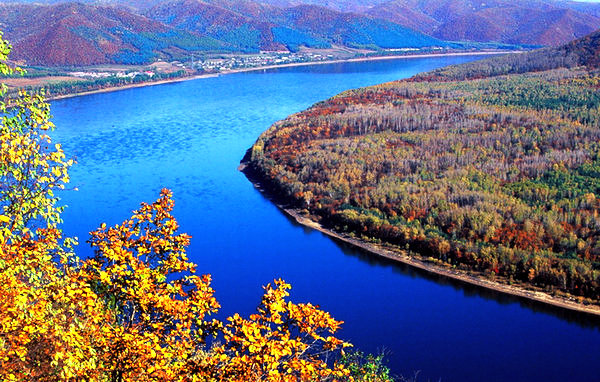 The Heilongjiang River is the boundary river between China and Russia, it runs eastward across northeast China and finally empties into the Sea of Okhotsk. Its entire length is 4,370 kilometers. It is the third longest river in China just after the Yangtze River and the Yellow River. 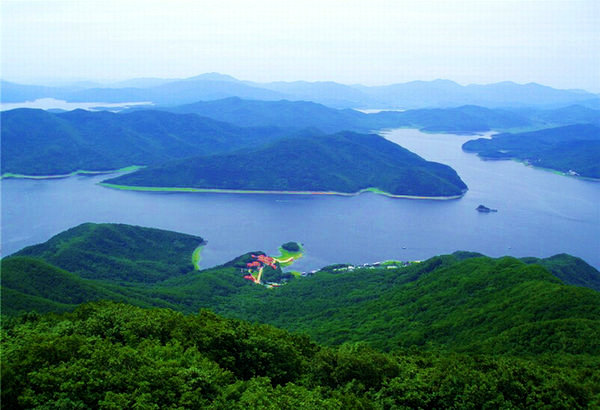 The Songhuajiang River is the largest tributary of the Heilongjiang River, It flows about 1,434 kilometres from Changbai Mountain through Jilin and Heilongjiang provinces. In winter it’s frozen hard with ice nearly one meter thick, turning it into a huge playground for all kinds of ice sports. 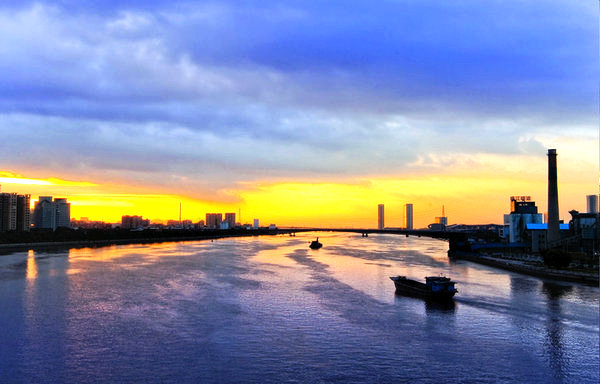 Zhujiang River or the Pearl River is the largest river in South China. The river enjoys high-temperature and rainy subtropical climate.  It is the second largest by volume in China next the Yangtze river.  The river travels 2197 km and finally empties into the South China Sea between Hong Kong and Macau. 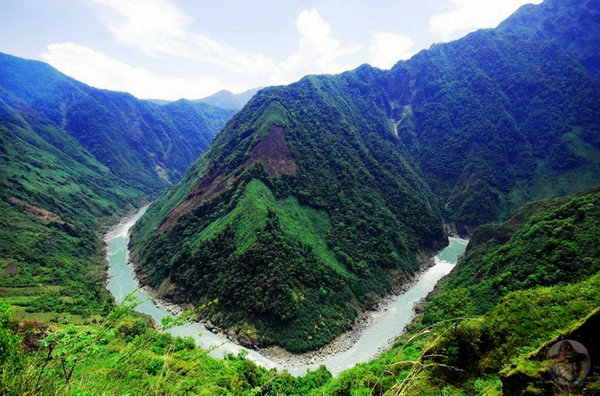 Yarlung Tsangpo River is one of the highest rivers in China. It runs some 2,900 km from its source in the Himalayas to its confluence with the Ganges River. The Yarlung Tsangpo Grand Canyon, formed by a horse-shoe bend in the river where it leaves the Tibetan Plateau and flows around Namcha Barwa, is the deepest, and possibly longest canyon in the world. 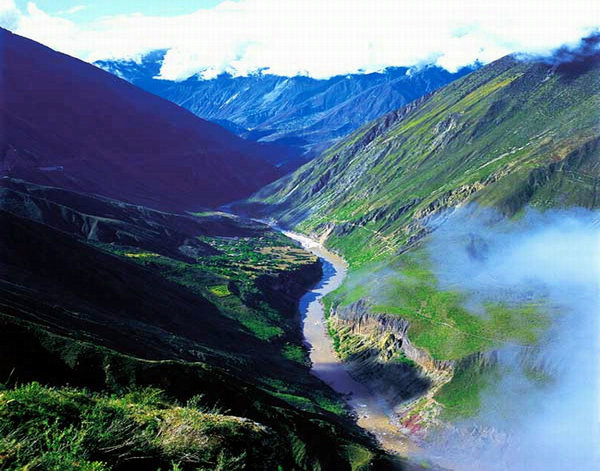 The Lancang River originates from the Tanggula Mountain Range in Qinghai Province and runs south until it leaves China from Yunnan Province and changes its name to the Mekong River. The total length of the Mekong river is 4880 km, with 1612km within in China. Flowing through China, Burma, Thailand, Laos, Cambodia, Vietnam, the river is reputed as the “Danube of the East”. 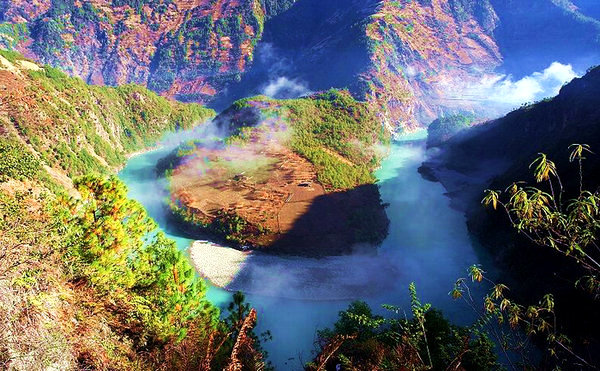 The Nujiang River is originated from Tanggula Mountain Range in Tibet Autonomous Region. With a total length of 2,815 kilometres, the Nujiang River flows from the Tibetan Plateau into the Andaman Sea in Southeast Asia. The name of the river is changed into the Salween River after flowing into Burma from China. 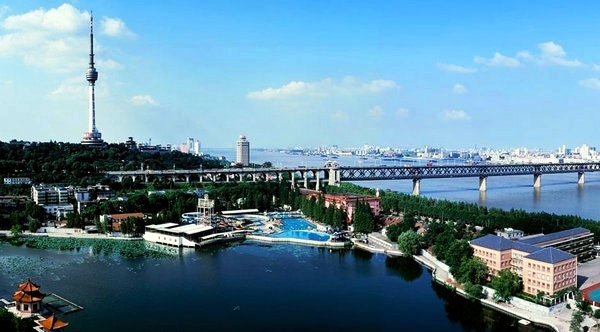 The Hanjiang River is an important tributary of the Yangtze River with a total length of 1532 km. It rises in southwestern Shaanxi and then flows through Hubei Province and finally merges with the Yangtze at Wuhan. The Danjiangkou Reservoir on Hangjiang River is used as part of the South–North Water Transfer Project. 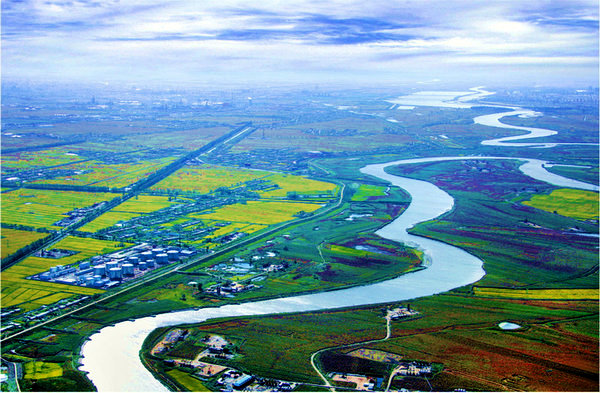 Liaohe River is popularly known as ‘mother river’ by people in Liaoning Province. The river travels 1,394 kilometers through Hebei, Inner Mongolia, Jilin, and Liaoning provinces and finally empties into the Gulf of Liaodong. The river’s drainage basin occupies 215,000 sq km.