Organized military armies have existed in China since Chinese civilization was created. The documented army history of China stretches from about 2200 BC to the current day. In Chinese long history there are many strong troops that changed China’s or even the world’s history.

Below are the 10 strongest armies of China and their activities. 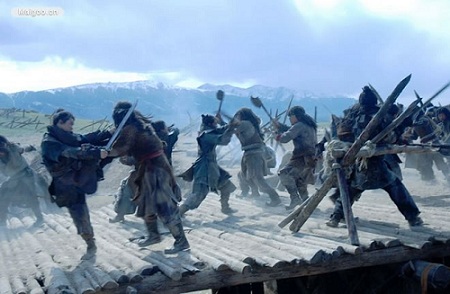 Qin Shihuang, the first emperor who united China had one of the strongest armies in Chinese history. His kingdom became strong after Shang Yang`s political and economic reforms which enhanced the state power. With the help of the prime minister Li Si, Qin Shihuang carried out the nationwide policy of enriching the country and increasing its military force, developing the state of Qin to the most powerful among all the states. In 221 B. C., after defeating the other six states, Qin Shihuang founded the Qin Empire, China’s first feudal centralized empire.

The Mongolian army led by Genghis Khan could be called the most powerful army in the world ever. The Mongol Empire’s territory covered almost all of Asia and some parts of eastern Europe. The Mongolian troops eliminated any person who got in their way and no one could stopped them from occupying other lands. The didn’t overcome Western Europe was not because they could not but because their king was sick. Or else, who knows how the history of the world would have changed.

The Manchu banner system was founded by Nurhaci in the early 17th century. The Eight Banners has three major ethnic parts: the Manchu, the Han, and the Mongols, and several small ethnic groups. Nurhaci and his later generations with their armies finally conquered the Ming dynasty and became emperors of China in 1644. They founded Qing dynasty and ruled the country where the majority of the population was “Han Chinese”.

Yue Family Army led by Song dynasty general Yue Fei was a powerful troop in ancient China. Yue Fei carefully picked soldiers and trained them with special ways, his army was so strong that could wipe out any troops several times of his army size. His armed forces once conquered an enemy of 500,000 with only 800 soldiers on the suburbs of today’s Kaifeng city. So a leader of Jin State sighed：”It is easier to shake Taishan Mountain than to shake Yue Fei’s troops.”

Han Dynasty had hundreds of thousands of soldiers. The government attached great importance to the development of military forces; soldiers were nicely provided with metal swords and armors, and advanced inventions, crossbows and bolts. The soldiers were also well trained by experienced generals. The strong military forces took over their nearby countries through 25 major military campaigns during the dynasty; extending into Manchuria, Mongolia, Central Asia and the South Tropics.

Beifu Army ruled by Xie Xuan was another strong army in Chinese history. Xie Xuan enrolled top level soldiers and ultimately, Xie assembled an army which was the most elite of the Jin forces, known as the Beifu Forces. His army made its first great victory in 378, when Former Qin armies simultaneously attacked major Jin cities Xiangyang, Weixing, and Pengcheng. Though with the status of numerical inferiority, his army decisively conquered Former Qin’s army in 383 FeiShui River Battle. The battle is regarded to be one of the most famous battles China’s history and it postponed the unification of China by over 200 years.

The Hongwu Emperor，who ruled China from 1368 to 1398, had over one million standing troops and its navy’s shipyards in capital Nanjing were considered as the largest one in the world. The emperor ordered Zheng He to carry out seven enormous exploration voyages to the Indian Ocean as far as Arabia and the coast of Africa. Zheng He and his fleet visited 37 countries for 28 years. His grand fleet owned 300 ships and 28,000 mariners.

Tang Dynasty (618 – 907) had great military force starting from its establishment until its fall around 907. This military forces was formed during the Zhen Guan Reign of Emperor Taizong who was good at making use of various strategies and launching expeditions to fight against other ethnic groups.The dynasty’s military control even reached to the northern part of the Mongolian Plateau.northeastern to Gaogouli’s northern Korean Peninsula and even Baiji’s southwestern Korean Peninsula. In the 7th century, its territory even reached to Central Asia.

Guan Ning Cavalry was a cavalry troops formed in later Ming Dynasty. It was ruled by famous military general Yuan Chonghuan (1584-1630).Though with small number of soldiers, his troops had strong fighting power. His troops once beaten Nurhaci and the Manchu army in the Ningyuan Battle. Nurhaci’s successor, Huang Taiji,was also defeated by him in the Ningjin Battle.

During the 8 years Anti-Japanese War from 1937 to 1945, the army mostly used guerrilla warfare, fought some battles and consolidated their ground behind the Japanese lines. After winning Anti-Japanese war, the armed forces battled for 5 years and finally won the Chinese Civil War against Kuomintang army. In 1950, the PLA joined the Korean War to fight against the so called “United Nations” forces controlled by the US. Chinese army forced MacArthur’s troops out of North Korea in 1950. In 1962, the PLA also fought India and successfully achieved all objectives.