Top 10 Most Well-Known Chinese Brands in the World

China’s most well-known brands dominate the fastest-growing second-biggest economy in the world. These top Chinese brands range from banks and telecommunications to food companies. They are not only famous with Chiese but with world consumers. We’ve excerpted the top 10 well-known brand names in China. Take a look at the list and you will probably recognize some of them.

Haier is a Chinese multinational brand based in Qingdao, Shandong province. Its products include air conditioners, washing machines, refrigerators, and others. Haier brand owns 8% share in white goods in the world.

Lenovo is a Chinese multinational brand in Beijing. Its main products are personal computers, smartphones, servers, smart televisions and others. In 2014 Lenovo was the second-largest PC vendor in the world by unit sales.

China Mobile is a Chinese state-owned telecommunication brand. As of April 2015, China Mobile is the world’s largest mobile phone operator by subscribers with more than 800 million. 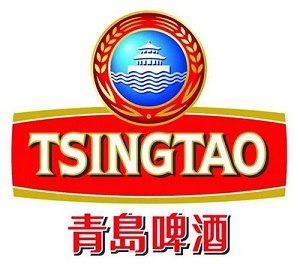 Based in Qingdao City, Tsingtao Beer is one of China’s most famous beer brands (along with Snow Beer and Yanjing Beer). Tsingtao brand is China biggest beer exporter, accounting for half of China’s beer exports. Consumers can find Tsingtao beer in many restaurants and bars in Chinese towns.

Ping An Insurance of China was founded in Shenzhen in 1988. The group is the first shareholding-structure insurance company in the country. It primarily deals with insurance and financial services.

Bank of China is one of the four big state-owned commercial banks in China. It was established in 1912 and today it is a specialized foreign exchange bank.

China Central Television (CCTV for short), is the state television broadcaster in China. CCTV has 22 channels and is accessible to more than one billion audience in the world.

Founded in 1988, Air China is one of the China`s three leading airlines and is also one of the top 10 airlines worldwide. Today Air China operates 197 domestic routes and 72 international routes in 29 countries.

Founded in 1987, Huawei is a Chinese multinational brand which mainly offers networking and telecommunications equipment and services. In recent years its mobile cellphones have become an important power in the industry.