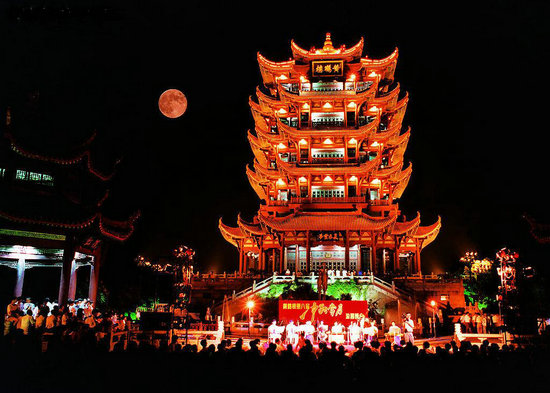 Yellow Crane Tower, located in Snake Hill in Wuchang, is a famous and historic tower. The tower was first built in 223 AD and the present building is a five-story building with a height of 50.4 meters. Standing on tower, people can enjoy the beautiful landscape of Wuhan as well as the remarkable Yangtze River. 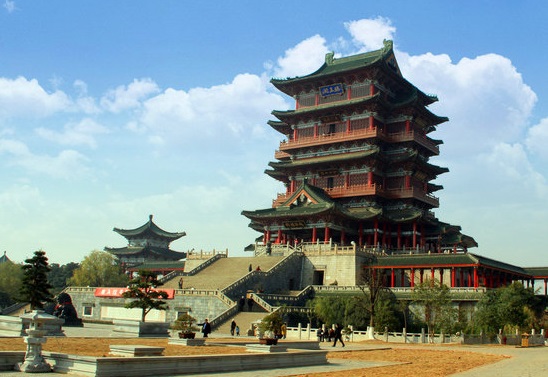 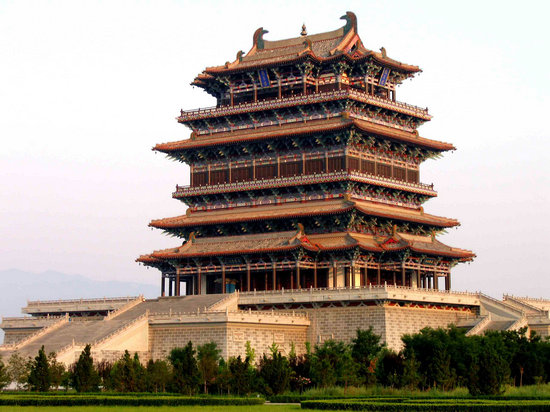 Guanque Tower (Stork Tower) was originally built in Bei Zhou (A.D.557-581). It is located in east bank of Huang River in ancient town Puzhou. Due to its delicate structure and superior location, the tower is known as one of the four famous ancient towers in China. The poem “On Guanque Tower” by famous Tang Dynasty poet Wang Zhihuan made the tower famous in China and abroad. 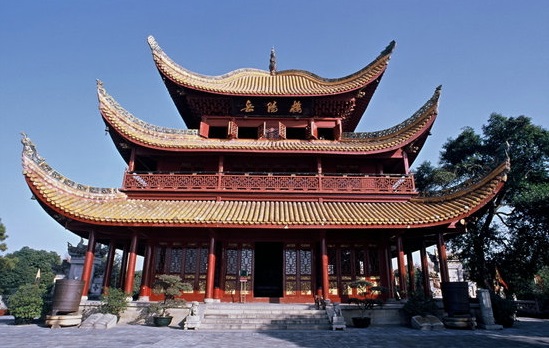 Yueyang Tower is located near the lakeside of Dongting in Yueyang City, Hunan Province. The tower is believed to be built more than 1,700 years ago during the Three Kingdoms Period. Yueyang Tower was made very famous by the Northern Song Dynasty poet Fan Zhongyan`s work “Memorial to Yueyang Tower”. Standing on top of the tower, people can enjoy beautiful scenery of Lake Dongting. 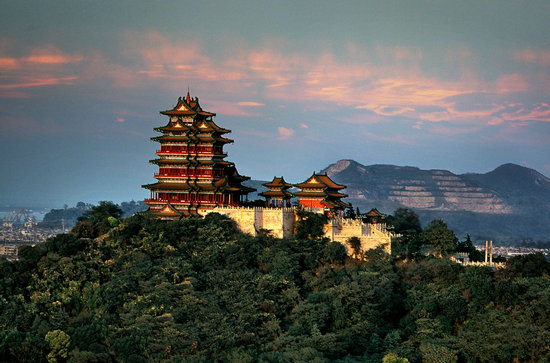 Located in Jiujiang City of Jiangxi Province, Xunyang Tower is widely known for vivid description of the famous classical Chinese novel “the Water Margin” by Shi Naian. The building was first built about 1200 years ago and the present building was rebuilt in 1989. The tower is 21 meters high and from the highest point of the pavilion one can gain great views across the lakes and landscape of Jiujiang. Originally built in A.D. 1374, Guangyue Tower is one of the most ancient wooden towers in China. It’s in the center of ancient urban district of Liaocheng. With 33 meters in height, the tower offers magnificent and splendid view and is the symbol of Liaocheng city. The Qing dynasty Emperor Kangxi visited the Tower for several times and left poems and handwriting here. 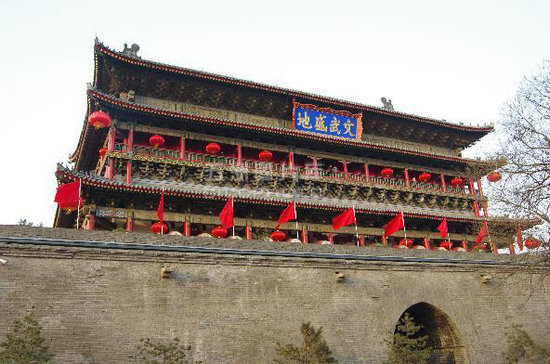 The Drum Tower of Xi’an stands at the heart of Xi’an city. The tower was built in 1380 during the early Ming Dynasty. It got its name from the huge drum located within the building and the drum was beat at sunset to indicate the end of the day. Inside the Drum Tower, there is also a drum museum, where a variety of drums is on display. 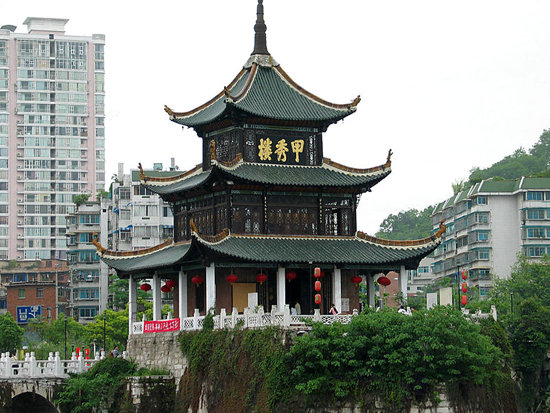 Jiaxiu Tower stands on the Nanming River, in Guiyang. The Tower is connected with the banks on both sides by Fuyu Bridge.  This Chinese-style structure was built in 1597 in the Ming Dynasty. Inside Jiaxiu Tower, a precious collection of authentic works, colorful paintings, and ancient calligraphers was kept and on show. 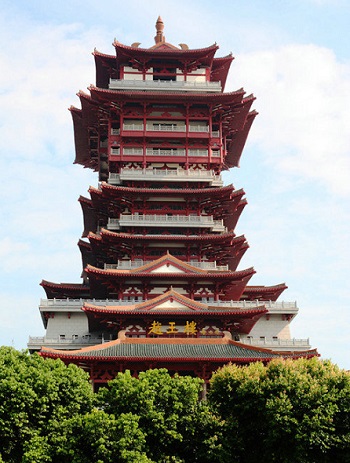 Yuewang Tower is located in Mianyang city, Sichuan Province. The tower was first built in the Emperor Gaozong of Tang Dynasty; it got its name from the local governor Li Zhen, the eighth some of Emperor Taizong.