Many people love Chinese old songs and below is my selections of the top 10 classic Chinese old songs. Each song is a good memory of old days China. These songs are really old songs and have been covered many times by later well-known singers and actresses. Enjoy them and comment below to let me know which one you like best or whether you know any other classic old Chinese song. 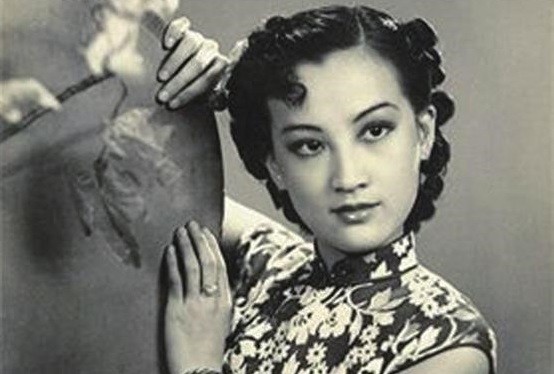 “When My Dear Come Again” is a classic old Chinese pop song in Chinese history. The song is an episode of the 1937 movie “Stars Moving around the Moon”. It was sung by newly famous singer Zhou Xuan. Its soft melody will make people feel lazy and comfort and just want to enjoy the leisure time.

“The Wandering Songstress” is the theme song of the 1937 Chinese film “Street Angel“. The music is by He Luting, lyrics by Tian Han and sung by Zhou Xuan. With this song Zhou Xuan became popular across China.

“Four Seasons Song ” is also an episode of the 1937 film “Street Angel”. The song is written by Tian Han and composed by He Luting.

“Night Jasmine” is a Chinese classic song written and composed by Li Jinguang. The song was first published in 1944 and sung by singer Li Xianglan. Dozens of Chinese singers have covered the song, the version by Teresa Teng is the most popular one.

“Shanghai Night” was one of the most well-known songs in Shanghai during the 20th century. The music is by Chen Gexin and lyrics by Fan Yanqiao. The song was sung by Zhou Xuan, an iconic Chinese singer and film actress. It was a song from the 1946 film “All-Consuming Love” 《長相思》. The song features a strong jazz style, reflecting the cosmopolitan charm of Shanghai during old days.

“Ali Mountain Girl” was created by composer Zhang Che and songwriter Deng Yuping. It was the theme song of the 1947 movie “Storm Over Ali-shan Mountain”. The song was first sung by Zhang Qianxi and later by many singers. Ali Mountain located in Taiwan. The song is full of authentic Taiwanese flavor.

“Jasmine Flower” is a traditional Chinese folk song. It was originated from the “Flowers Tune” in Liuhe district of Nanjing city and was adapted to the present song by famous Chinese military composer He Fang in 1957. The song shows the shyness of girls who love life, love flowers, want to pick up flowers but dare not. The song spread widely in China and the world and is considered as one of the representative elements of Chinese culture. It is also known as “China’s second national anthem.”

“Fine Wine and Coffee” is a song popular in in Southeast Asia and mainland China. Teresa Teng first sang the song in 1972.

“In That Distant Place” is a classic Chinese song adapted from Kazakh folk song by “The Western Song King” Wang Luobin from 1938 to 1939. It is one of the most widely sung Chinese songs in Chinese world. The song was praised as “an art treasure and a jewel on crown.”

” Out of the West Pass” is Chinese folk song especially popular in Shanxi, Inner Mongolia and Shaanxi provinces. The song tells the story of the people in old times who left their homes to make a living in the western China. The music and lyrics is very sad and dreary.