In the north China the ground becomes very cold in winter, and snow and ice covers the ground. There’s nothing better than a good cup of hot tea while listening to your favorite songs under a blanket. The following are some Chinese songs about snow, hoping at least one of the songs can impress you. 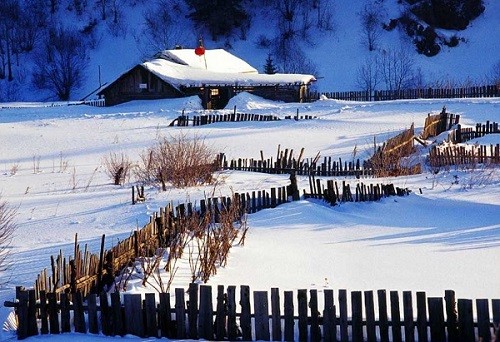 “Fly Snow” is a Cantonese song of Priscilla Chan and is very popular in mainland China. In many places its popularity is even higher than her another masterpiece “Qian Qian Que Ge“.

“Xue Zhong Qing” (or translated as “Love in the Snow”) is the theme song of 1978 TV series Flying Fox of Snowy Mountain. After so many years the song still sounds so good.

“Fa Ru Xue” (Hair Like Snow) is a Chinese classical style song by Jay Chou, music and lyrics by Jay Chou and Vincent Fang. The song is included in Jay’s 2005 album “November’s Chopin.”

The song “Snowman” is included in Mavis Fan’s 1995 album ” I Want To Fall In Love”. The song was launched during Christmas holiday and enjoyed great popularity that year.

“When Snow Comes” is the theme song of Taiwan version drama The Heaven Sword and Dragon Saber. The song is included in his 2002 album “Best Love”.

“White Love Song” is a song by S.H.E., which is included in their album “Together”. The song uses winter snow to express their love.

“Goodbye Arctic Snow” is a chorus song by Kelly Chen & Steve Chou. The piece is included in the 2006 album “Legend Under the Stars”. It tells the true love under the silent starry sky. This is a duet song by a male and female singers, just like telling an immortal love legend under the silent sky.

The song is a beautiful ballad sung by Peng Liyuan in 1983. The song portrays the beauty and purity of winter snow, presenting a spectacular scenery of snowflakes northern China in front of our eyes and praising the selfless dedication spirit.

“The First Snow of 2002” is a song by Dao Lang. It is included in his same title album released in 2004. The song is full of northwest Xinjiang style and the melody is not complicated. The catchy melodies coupled with Dao Lang’s unique voice, make the song full of ruggedness.

The song is composed and sung by Xu Song. It is one of his early songs and very popular on the internet.

Above are the list of Chinese songs about winter and snow! Do you know other similar Chinese songs, please leave your comments below.