China did not have a car manufacturing industry before. The first car on China’s land was an American-made Osbourne brand car imported in 1903 and received the No. 1 car driving license. Its owner is a Shanghai rich man. The attempt to make a car in China was supported by the general warlord Zhang Xueliang. In 1928, he hired an American technician to help make cars. At the Shenyang Beidaying Military Factory, he successfully imitated the U.S. trucks and launched 10 vehicles in one year.

Today Chinese car industry is developing very fast and many car brands start to be known by the world.

The following is a list of 10 most famous and best Chinese car brands including logos and a brief introduction of the company.

Chery is an automobile brand headquartered in Wuhu city. It is a state-owned company founded in 1997. Its product series include passenger cars, minivans, and SUVs. Chery is one of China best developing brand and is usually regarded as hope of China’s own auto manufacturing industry.

The products are exported to more than 80 countries and regions around the world, creating well-known product series and high-end brands such as Arrizo, Tiggo, QQ and Fulwin. Up to now, the company’s cumulative sales have reached 8.3 million units, of which more than 1.6 million cars have been exported.

Geely is a Chinese automotive brand based in Hangzhou city, Zhejiang province, China. Geely currently has more than 30 sub-brands such as Geely Pride, Merrie, SRV, Mermaid Leopard, and Freeship.

Geely acquired Volvo Cars from Ford for US$1.8 billion in 2010. Now its total asset exceeds more than 110 billion yuan and the company has entered the world top 500 for three consecutive years.

Dongfeng Motor Chinese state-owned automotive brand based in Wuhan. Dongfeng mainly produces and sells buses and trucks. It is a state-owned car brand established in 1968 under Mao’s call.

Dongfeng is China’s second-largest car-maker. It has four production base in Shiyan, Xiangyang, Wuhan and Guangzhou. It ranked 65th in the Fortune Global 500 list in 2018 and it ranked 4th among China’s top 500 manufacturing companies in 2019.

Foton Motor is a Chinese car brand mainly producing trucks and agricultural machinery. Headquartered in Beijing’s Changping District, the company’s existing asset is 86 billion with a brand value of 132 billion. It is also the largest commercial car enterprise in China.

BYD has been the world’s largest electric car manufactures for the past 3 years, in both consumer and commercial/industrial electric vehicles.

Brilliance Auto is an auto brand headquartered in Shenyang. The company produces its own vehicle and also cooperates with BMW and Toyota to produce their brands in China.

There are 47,000 employees and total assets of more than 170 billion yuan. The company has three independent brands, namely “Zhonghua”, “Jinbei” and “HuaSong”, as well as two joint venture brands “BMW Brilliance” and “Brilliance Renault”.

JAC Motors is a Chinese state-owned automobile brand, which was founded in 1964. The company is based in Hefei, Anhui Province. The company has an annual production capacity of 700,000 vehicles, 500,000 engines and related car components.

JAC has exported products to the regions of South America, Europe, Africa, Asia. It produces both commercial vehicles and passenger cars.

Great Wall Motors is a Chinese auto brand based in Baoding, Hebei province. The brand is named after the Great Wall of China. It is China’s largest SUV producer.

It mainly produces pickups, SUVs, family cars and new energy vehicles. It is an international company with more than 70,000 employees. 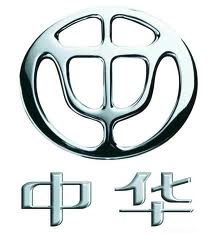 It is another famous brand of China car manufacture Brilliance Auto, a very famous sedan brand in China. It mainly focus on sedan and SUV and has  more than ten models of cars.

Among the above the 10 most famous Chinese car brands, Geely and Chery seem to have entered some developing countries in Africa and Asia, while others car brands seem still unknown to the world. There is still a long way to go for Chinese car brands.