What is the top China Insurance company? These are not considered the top companies for nothing. It is because they are some of the biggest organizations not only in China, but in the entire world as well. With a huge share of the global premiums, we can say that the insurance industry in China has grown quite a lot in the last decade or so.

So fast is the growth of this industry in China such that experts predict that it will surpass that of the USA, which is the global leader currently, by 2029. Many factors contribute to this growth. One of them is government spending and investment in the industry. The growth of the economy has also brought about a good turn for the industry. Other factors include large consumer awareness on the need for insurance. With the economy growing every year, the demand for insurance products in this country can only go higher.

By 2017, the industry had underwritten $541.45 billion. Quite a growth there and headed higher. Here are the top 10 insurance companies driving this growth in China.

Here, we will review ten companies only. However, there are more than ten companies driving the insurance industry in China. Even the small ones will become the giants of the future.

Topping our list is the China Life Insurance (Group) Company. You will see the reason why. First, this is a Fortune 500 company. It is also listed as one of the top 500 companies in China. For seven years following each other, this company has been ranked among the top 500 brands in the world.

It would later return to the domestic A share market in mainland China and would go on to become the largest listed life insurance company in the world. In the year 2016, this company would be listed at number 12 in the top 500 companies in China. In 2018, it was listed as The Best Life Insurance Company of the Year.

China Life Insurance was founded in 1949. It is 70% state-owned and its headquarters are in the city of Beijing. Its products are in life and health insurance and it serves the entire People’s Republic of China.

PINGAN Insurance Company of China, Ltd. Was founded more than 30 years ago. It offers different insurance products such as life and health insurance, asset management, fintech and health tech, banking and property and casualty. With such a wide portfolio, this company has really grown over the years.

By 2019, it was generating an annual revenue of more than $180 billion. It had total assets worth more than $1.17 trillion. The company is headquartered in Shenzhen. It is also listed as number 7 on the Forbes Global 2000. It was also listed on number 29 on the Fortune Global 500.

PINGAN offers a large portfolio of products and services. This alone makes it one of the largest financial companies in the world. By 2019, the company had 200 million retail customers and almost 600 million internet users.

This company is a publicly listed company. It has close to 190,000 employees. Initially, when the company was started, it offered casualty and property insurance products, but it would later diversify to offer five main products, including technology and financial products.

This is a publicly traded company. It is listed on the Shanghai Stock Exchange for it’s A-shares. These are the shares that are traded in local currency. When the company was listed on the SSE, the IPO price per share was 30 Yuan. On the very first trading day, the share price closed at 48.17 Yuan.

Established in 1949 by  China’s Government and housed in the China People’s Insurance Building in Beijing, this is one of the oldest insurance companies in China. Apart from offering insurance services and products, it also offers related services through its subsidiaries. These are PICC Asset Management, PICC Property and Casualty and PICC Life.

This company and the subsidiaries are listed on the stock exchange. By the end of 2018, PICC had total assets worth RMB 1032 billion and revenue of RMB 499 billion. While the company was started as a fully state-owned establishment, today, it is 61 percent state owned.

This company covers a wide scope of business that includes Huawen Holdings, PICC Assets, PICC Life Insurance, PICC Health, PICC Investment  and many more. Their business also revolves around brokerage, funds, trusts and many others. Collectively, this wide coverage makes this company a far reaching provider of services in the world and at home.

This insurance company was listed on the Shanghai Stock Exchange and the Hong Kong Stock Exchange in 2011. Two years later in 2013, the company would go ahead to attain a business income of RMB 103.6 billion. In the same year, the total assets of the company reached an impressive RMB565.5 billion.

The company has been listed in different categories. For example, in 2016, it was ranked at position 427 in the Fortune Global 500 2016 and Forbes Global 2000 listed the company at position 297. And that is not all because New China Insurance has also been listed in other rankings such as Number 102 In China Top 500 Enterprises in 2016. In the same year, NCI was the winner of the Best Technology Insurance Company Award.

Taikang Insurance Group INC. is a top China insurance company. With the Bank Of China’s approval, this life insurance company was established in 1996. Since then , it has grown in different ways  and widened its portfolio of projects.

Today, it has subsidiaries such as Taikang Asset Management, Taikang Life and Taikang Health and Elderly Care. The company headquarters are in Beijing. Goldman Sachs Group acquired 12.02 percent stake in the company in 2011 offering foreign fundraising. This also makes Goldman Sachs the second biggest shareholder in Taikang Insurance Group INC.

Among some of the areas that Taikang Insurance Group has been covering include health insurance, internet property insurance, medical pension, commercial real estate, enterprise annuity, health management and asset management. Today, it boasts more than 400,000 customers and over the time that it has been in operation, the company has provided more than 220 million customers  with settled claims of more than 35 billion Yuan.

Established way back in 1919 in Shanghai and later expanding to Hong Kong in 1931, AIA Group Limited is a wholly owned subsidiary of the American Insurance Assurance Co., Ltd. since its establishment, this company has been offering insurance products and services to both businesses and individuals.

Among some  of its products include health insurance, savings plans, credit life, pension services, accident insurance and life insurance. By December 31 2019, the company had total assets of $284 billion. Today, the company is headquartered in Hong Kong. It serves a large base of customers all over Asia with more than 18 markets on the continent. It is also a publicly listed and traded company on the Hong Kong Stock Exchange.

In 2013, this company received the Brand Of The Year Award  from the Benchmark Magazine of Hong Kong. It has also won several awards for the best customer service and has been ranked in many listings.

Among some of the non life insurance products that this company offers include property insurance, business insurance and short term casualty. It also offers asset management services and others.

If you are looking for a property insurance provider for your needs, you have found it in the Sunshine Insurance Group Company Limited. This company was established in 2005 with about 36 branches and  today, it has more than 600 branches with tens of thousands of customers. 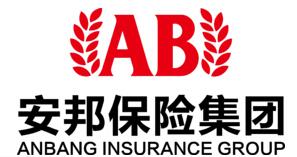 This is a holding company in the People’s Republic of China with many subsidiaries that offer insurance, financial and banking services. Its headquarters are in Beijing. This company has been cited in the Financial Times as one of the most well connected companies in China, politically.

Since its establishment in 2004, AN-BANG Insurance Group has gone on to acquire other businesses. For example, in 2014, they bought the Waldorf Astoria New York hotel and in 2015, they bought VIVAT, a Dutch insurer and also acquired a 57.5% stake in Tongyang Life South Korea for $1 billion.

Today, collectively, this company has more than 30 million customers across the globe. China insurance industry would never be the same without the kind of contribution that AN-BANG makes both overseas and locally.

Your search for the best China insurance company should stop with these ten. They are the biggest players with subsidiaries locally and internationally. They have big registered capital, they offer different types of insurance products, have sound assets and all of them are listed in different stock exchanges.