China has been home to a lot of beautiful women since ancient times, some women were not only beautiful but showed unparallelled wit and heroism, and are still remembered today.

However, most beauties had tragic fates, only a few with stunning appearance could gain favor of emperor, and some beauties were used as a political tool to invite monarch, while some even caused the downfall of an empire/dynasty. Although being called the roots of troubles, these beautiful women won the favor of emperors, and played an important role in the evolution of the Chinese history …

Here is a list of the 10 most beautiful women in ancient China: 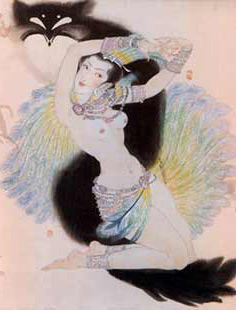 Daji was the most favorite concubine of King Zhou of Shang Dynasty (1600 -1050 BC). She is often considered to cause the downfall of the Shang empire in history. In various folklore the famous myth novel Fengshen Yanyi she is portrayed as an wicked fox spirit who enjoyed torture. 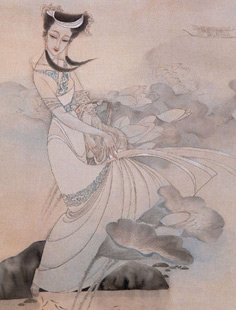 Xi Shi was one of the Four Beauties of ancient China. She lived in Zhuji, the capital of the Yue Kingdom at the end of Spring and Autumn Period. She was endowed with good looks and her name was a byword for beauty. She was so beautiful that even causes fish to sink out of sight and the flying crane to drop down. Her beauty was used in a revenge plan and caused the downfall of the State of Wu. 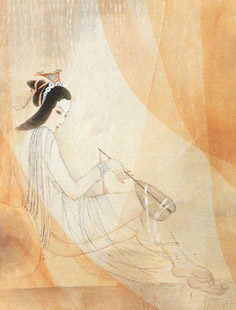 Originally Zhao Ji was a courtesan in Handan City and then became concubine of wealthy businessman Lu Buwei, and she was later sent to Zi Chu and became the queen of the Qin State and gave birth to emperor Qinshihuang, however she was addicted to sexual love and had a secret love affair with Lu Buwei and then artificial eunuch Lao Ai who had two children with her. Offended by Zhao Ji’s  humiliatory behaviour, Qinshihuang killed Lao Ai and his two bastard half-brothers and then trapped her mother in a royal palace. 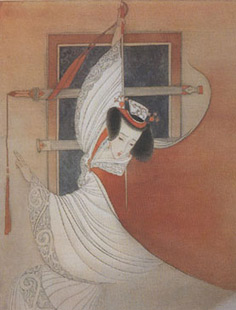 Beauty or Yu Ji was a treasured lover of general Xiang Yu. In 202 BC, Xiang Yu was encircled in Gaixia by armies of Liu Bang, Han Xin, Peng Yue. To avoid worries of Xiang Yu, she killed herself with a knife in front of him. Her devoted love is praised by Chinese people for thousands of years and her image often appeared in many literary works 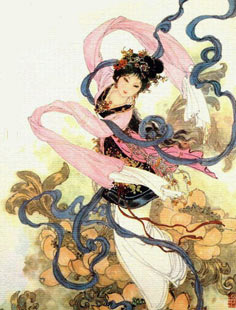 Zhao Feiyan was the second queen of Emperor Cheng of Han Dynasty. She had tender body and  was famous for her beauty, singing and dancing. She was often compared with Yang Guifei, the beloved consort of Emperor Xuanzong of Tang, as she was known for her lissome figure while Yang was known for her full figure. 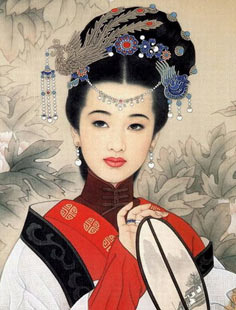 Empress Xiao (566-648) was the empress of the Emperor Yang of Sui Dynasty. Empress Xiao survived many times of dynasty and regime changes and eventually, Xiao was a unmatched beauty, she was so charming and impossible to describe with words. It was said that the she, at her fifty, even swept later emperor Li Shimin off his feet. 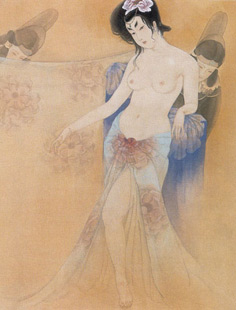 Yang Yuhuan, also known as Yang Guifei, was one of the Four Beauties of ancient China. She was a beautiful concubine of Emperor Xuanzong of the Tang Dynasty. Yang was originally wife of one of the emperor’s sons and later the emperor Xuanzong made Yang Guif his own consort. Yang was so charming that the emperor was infatuated with her beauty and neglected affairs of state.  She was finally forced to death by the emperor’s guards as she was blamed to cause the An Lushan Rebellion. 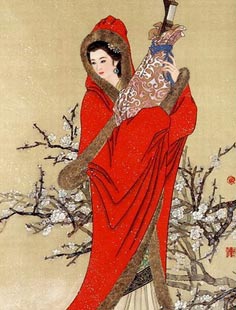 Wang Qiang, or widely known as Wang Zhaojun, is one of the Four Ancient Beauties of China. She was born in Zigui County of the Western Han Dynasty (206 BC – 8AD). In order to establish good relations with north Xiongnu Kingdom, she was sent by Emperor Yuan to marry the Xiongnu Huhanye Chanyu. After his husband Huhanye Changyu died, she was reluctantly married to Huhanye’s son following Xiongnu levirate custom. 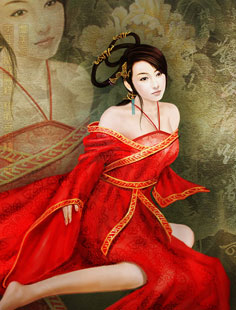 Diaochan was of the Four Beauties in ancient China. However, unlike other three beauties, there is no recorded evidence to prove her existence. In the famous historical novel The Three Kingdoms, she is described as a both beautiful and courageous woman. She devoted herself to a “Plan of Ring,” married the mighty warlord Dong Zhuo, and lured his ally Lü Bu at the same time, aiming to open a rift between the two warriors. The plan finally worked out and made Lü  killl Dong Zhuo in the end. 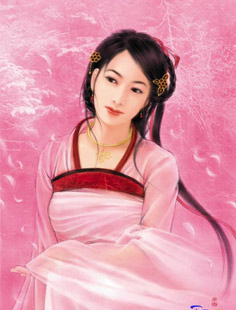 Li Shishi was a well-known courtesan in the late years of Northern Song dynasty (960-1127). She was much loved by the Emperor Huizong (1082-1135). Li was both beautiful and talented; she was good at singing, dancing and poetry.  The Emperor Huizong was later captured by the Jin kingdom and her whereabouts became a mystery.