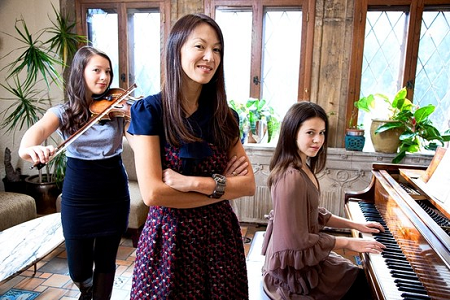 Tiger Mother Amy Chua `s popularity is not accidental. Education is the common interests of both sides of the earth. Americans said the children’s education method of “China Tiger Mother” Amy Chua was too scary, while the Chinese retorted Amy Chua is not a real Chinese, and in China mother’s education has already changed … … The argument still goes on.

A 7-year-old girl, who did not play a piano music well, was forced to play the melodies from the dinner time until midnight, and even was not allowed to drink water or the toilet during the period. This harsh children education method were written into the Chinese-American professor Amy Chua’s book called “Battle Hymn of the tiger mother,” the book covered “Times” magazine and arose great debates between Eastern and Western educational mode. 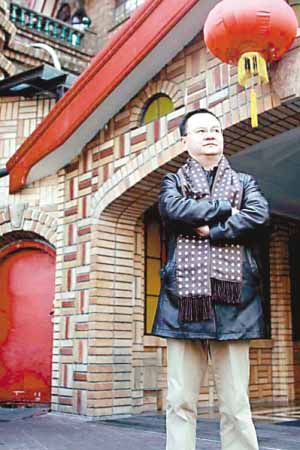 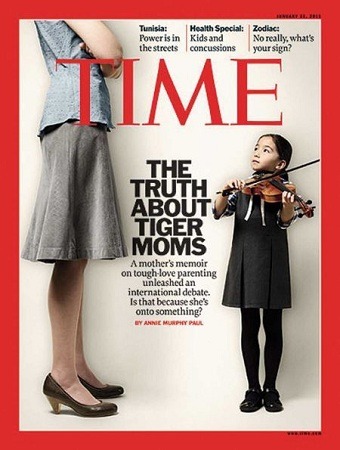 Very soon, “Cat Father” Chang Zhitao appeared in Shanghai, his 19-year-old daughter Chang Shuai was admitted to Harvard University last year. Chang said she gave her daughter more independence, did not set many other rules for her and didn’t object to regular social activities.

“Tiger Mother” “Cat Father” which one is better? No matter which way, we must focus on capacity-building, and ultimately make them achieve self-realization.

Why come home so late?

Go out with whom, boy or girl?

A statistics shows that China now has 380 million children under the age of 16, in middle and primary school those who participated in the academic counseling have exceeded 63%, while one-third of China’s household spending goes to education.

An online survey “child well-being index” was launched by a well-known site, 31,584 net users was involved in the investigation, 44.3% thought that ” heavy learning, much exam pressure ” was  the main reason of children’s unhappy, 23.8% selected the “quick success education style of the parents”, ”  22.6% voted the “Chinese style serious classroom education”

Education experts points that children lack choice of education styles, which not only less their feelings of well-being, but also can not inspire a nation’s vitality and creativity, the development and progress of the country will be affected.

Sun Yunxiao,a youth problem experts conducted a survey and found that Chinese parents, Most frequently asked three questions by Chinese parents are: Is homework done? Why come home so late? Go out with whom, boy or girl? The question seems to care about their children, but just reflect they lack spiritual care to children.

“Cat Father” Chang Zhitao had admitted: Whether the tiger mother or cat mother, respecting for children and growing together was the core of family education.

In an increasingly competitive environment, in order to make their children succeed, many parents tend to over-emphasize the “means” but ignore objective. In the concept of Chinese mothers, “key school” is a very weighty word. High quality education resources are limited, and every parent wants their children to share one slice of the cake, so school selection has became a “technology work.”

Amy Chua, a Chinese American professor at Yale University recently released a book“The Battle Hymn of the Tiger Mother”, which gives an description of how she educate her two daughters. The things Amy Chua’s daughters were not allowed to do includes attending a sleepover; having a play-date; being in a school play; watching TV or playing a computer game; choosing their own extracurricular activities; getting any grade less than an A; not being the number one student in every subject except gym and drama; playing any instrument except piano and violin; not playing the piano or violin. Her teaching method has arose a big debate between Chinese and American educational methods.

Chang, asked about tiger moms and parenting, strongly disagreed with Amy Chua’s approach and likened his own to that of a cat. Since everyone is talking about “tiger mothers” these days, people have nicknamed Chang a “cat father,” and it fits.  “Educating children is just like dancing waltz with them, and the steps are as gentle as cat’s,” dad says. “Soft and tender” are how he describes it, but with reasonable discipline.

Confidence, kindness, honesty and independence are the most important qualities to develop in a child, Chang says. Chang disagrees with tiger mother Amy Chua. “She imposes parents’ ideas on children, ignores their demands and views kids as those being educated and shaped,” he says, adding that parents can learn a lot from their children. “She only seems to cultivate children’s skills, while ignoring their personality and characteristics. “Respect should be the core of family education,” Chang concludes.