The Disaster of E-waste in China 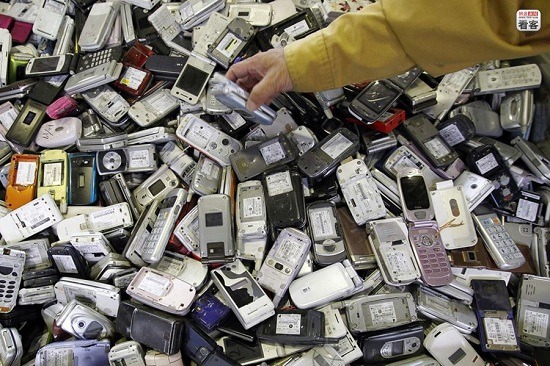 As the world’s second-largest producer of electronic waste, every year China produces more than 1 million tons of e-waste; as the world’s largest importer of electronic waste, every year China import 70% of global e-waste. People recycle valuable parts and throw the left garbage to land and rivers. According to scientific report, toxin contained by just a computer monitor can pollute 80 tons of water, which is equal to the amount of one person’s lifetime drinking water. 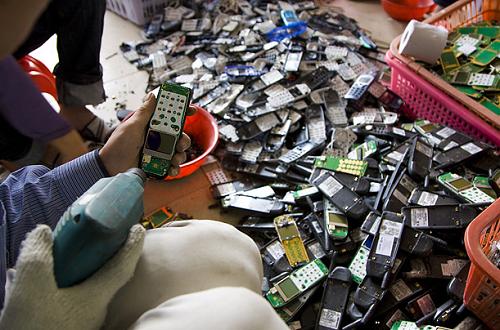 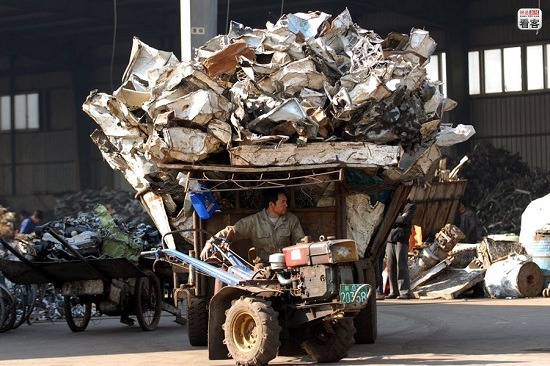 In developed countries, due to the strict regulations, the cost of processing electronic waste is very high. Therefore, many countries export e-waste to developing countries like China. The picture shows June 1, 2009, a electronic waste dismantling area in an industrial park of Taizhou City, Zhejiang Province 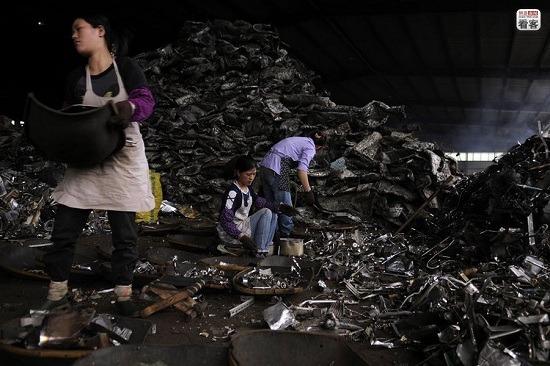 China’s “importers” import e-waste without money and also obtain “handling fee” from foreign “exporters”; after e-waste has been treated, some components and heavy metals can be resold. International conventions ban the import and export of electronic waste, but economic benefits make the conventions on useless. The picture shows June 1, 2009, an electronic waste dismantling area in an industrial park of Taizhou City, Zhejiang Province 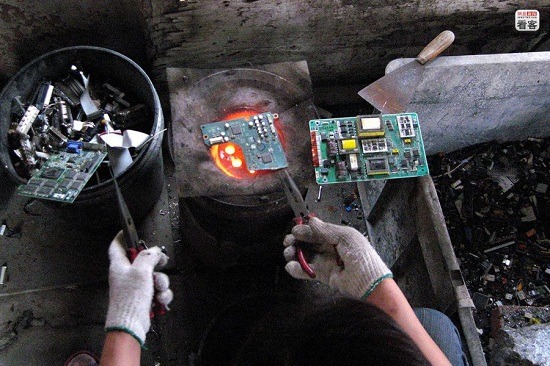 In all trash stations in China, workers process electronic waste in a very extensive way: they recycle value objects by burning wires and cables, wash the electronic board with sulfuric acid, manually dismantle power board. For hardly dismantling electronic circuit board, they burn them with fire and disassemble useful components down. The picture shows April 17, 2007, Guangdong Guiyu, a worker is burning a circuit board with fire. 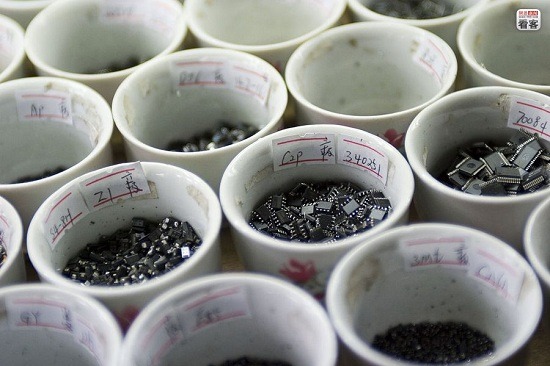 E-waste trade first starts from China’s east coast area and makes local farmers get rich quickly. Guiyu in Guangdong province, for example, of 150,000 people in the town,  120,000 people are engaged in e-waste industry, processing millions of tons of electronic waste every year, the transaction amount can reach to $ 75,000,000. After ten years Guiyu has become a wealthy town. The picture shows the 20 November 2005, Guangdong Guiyu, the disassembled parts. However Guiyu becomes rich at the cost of environmental degradation. The picture shows the 5 December 2003, Guangdong Guiyu, the chimney is releasing large amounts of smoke including heavy metals. 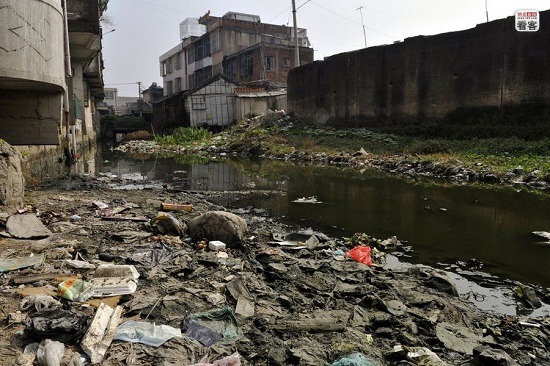 Large amount of various dumping dismantling electronic waste has polluted local water system, lead content in most of the surface water and shallow groundwater in Guiyu has exceeded twice than the EU`s safety standard. The water is not drinkable and local residents have to purchase water. Therefore, for a long time, the shuttle water tankers in the street has became a scene in Guiyu. 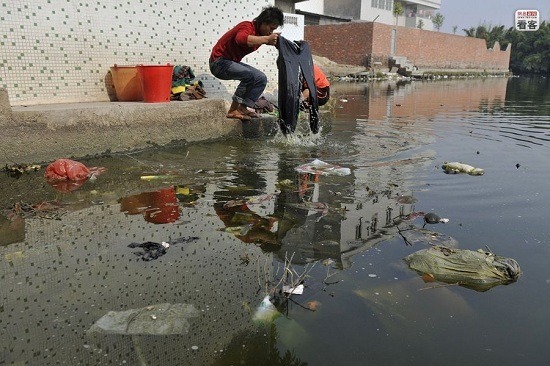 Health of local residents has been seriously damaged in Guiyu. The average level of women’s abortion rate is 6 times than normal level, 70% of the local children’s blood lead exceed normal standard. The picture shows 18 May 2009, Guiyu of Guangdong, a local resident is washing clothes in the heavily polluted water. 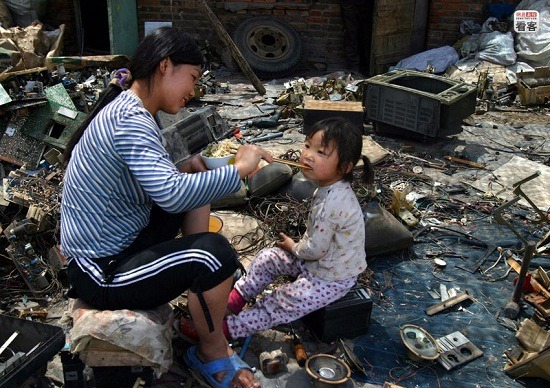 Speaking of local environmental issues, most Guiyu people choose silence or evasion. However, when talking about the future of their children, their attitudes clear up, they hope their kids study hard and go to college and leave Guiyu, a place suffering pollution. The picture shows 26 May 2005, a woman sitting on a pile of electronic waste is feeding her child. 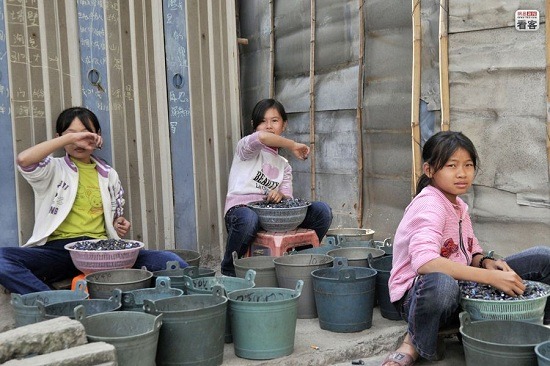 In recent years, local residents gradually abandoned the e-waste recycling industry, but Guiyu did not lose its title of “World e-waste center” The picture shows 18 May 2009, the Guangdong Guiyu, three girls are splitting garbage. 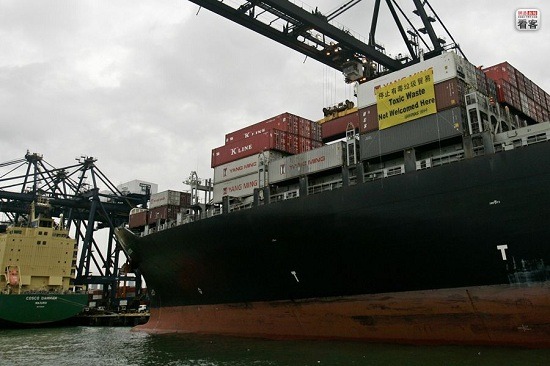 In fact, China already issued a document as early as 2002 to ban e-waste import. However, driven by benefits plus low environmental standard and poor domestic law enforcement force, the import of e waste remains incessant after repeated prohibitions. The picture shows June 14, 2008, Hong Kong, a banner of  “Prohibit toxic waste trade” on a cargo ship. 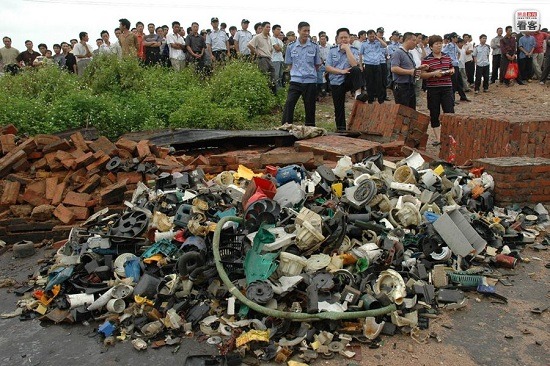 The frightening thing is that e-waste industry is moving to inland of China, many inland cities secretly takes over the baton from the coastal city. The picture shows the December 18, 2010, Chongqing, a worker is burning e-waste near the river Report from United Nations Environment Programme (UNEP) shows that in 2020 computer’s e-waste in Chinese market will increase by 400% compared to that of 2007, e-waste from mobile phones will increase 600%.  Before 2020, imports of electronics will rapidly increase with economic development. The large amount of electronic waste make China face upcoming environment disaster.