The 4 Dilemmas for Wang Jianlin, the Richest Person of Asia

Being a richest person is crazy phenomena every individual willing to have, a dream for self-actualization or then drawing for philanthropy but quest for core lies again unanswered. Moguls and magnates have catalyzed the world towards crazy ideas sometimes trapping people into ditch of charismatic leadership but otherwise being out of anomaly is just flowing with stream of water. Billionaires like pendulum moving between richest to philanthropist eventually who wins race no clue and just ambiguous but explicitly the game is on. 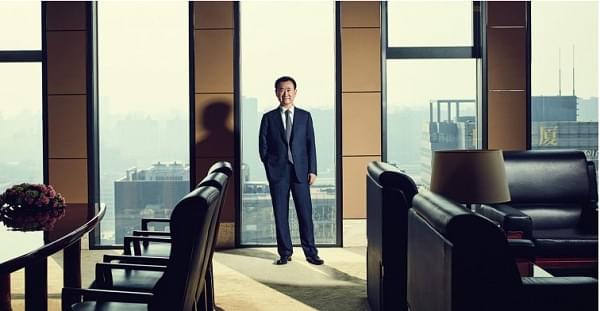 Wang Jianlin, the man with iron fist, with history of serving 16 years of life for military in PLA, a member of communist party of China, graduate of Liaoning University in 1986, pronounced to be the richest men of Asia believes in culture, quoting culture industry has no profit ceilings and no tags and brands. This business giant, who is branded to be self made real estate developer, has accelerated investments in Hollywood by purchasing the productions of “Jurassic World” and “The Dark Knight,” in order to control the world’s gigantic film industry.

According to Forbes real time ranking 2016, Wang determined as 18th in billionaires’ list of the world, and Bloomberg in 2015 cited him as richest person in Aisa, presumed to be aggressive, and dominating. His horizons of business strategies are widening from real estate to culture and entertainment industry as Wanda, recognized as conglomerate, is world’s largest real estate enterprise and five star hotel owner, embraced the titles of largest Cinema operator and cultural enterprise in China.

He has set vision for Wanda to be the world class multinational organization with 200 billion dollars of assets, pursuing 100 billion dollar revenue and 10 billion dollar profit till 2020 implying his Napoleonic style of leadership as in military he was elevated from border guard to regimental commander with the virtue of Iron discipline which prevails in Wanda as Well.

Wang with clarity in goals once said, “There is nothing wrong with being No.1 worldwide” has been the display of his aggressive approach with will power which raised him to number 1 surpassing Jack Ma, revolutionist in E-commerce In China, and Li Ka-Shing the world’s leading port investor, developer, operator and largest retailer in Asia and Europe for health and beauty.

A born of Sichuan Province, after serving 16 years in military, became general manager of Residential Development and joined Wanda in 1992 while elevated as CEO since 1993 managed to be transnational leader believes in human capital, giving place in fourth in his prioritized values. Innovation dominated with top spot, is said to be embedded in DNA of Wanda which is proved into real estate sector in China but cultural arenas still waiting to be glorified and fangled.

Wang, appears to believe in traditional Chinese culture, and enjoys luxury life style resultantly 26 five star hotels operated under his chairmanship of Dalian Wanda Group, He has also interest in Yacht where he has made investment irrespective of his focus and strategies by purchasing 92% stake in Sunseeker International, Dorset-based yacht producing company as reported by wealthx.

Wang who believes in culture expanding horizons towards entertainment industry intends to complete acquisition of cinema groups in London and United States and it is anticipated that Wanda conglomerate would be able to control 15% of global box office revenue and it would be 20% by 2020 or earlier.

Wang in 2005, 2008, was awarded with “The Most Devoted Donator of Charity” by Ministry of Civil Affairs, 2009 awarded with title of “Model Individual for Supporting handicapped and disabled”, in 2010 he was honored as “Model Individual in Earthquake Relief Work in Yushu” by CPC Central Committee, the State Council, and the CMC and in 2014 & 2015 Topped in the list of Chinese Philanthropists of Forbes China.

Since beginning it is proclaimed by Wanda Group that it has donated to charitable organization and for various causes of approximate amount 3.2 Billion in Yuan and it is mere organization that has received 7 times China charity award. It just not ends here for Wang; a list of awards is such as “Best CEO in Asia” in 2015, “Businessman of the year” by Forbes Asia in 2013, “Business Leader of the decade” by CCTV in 2009 and many more.

There is no second perception that real estate has been dern for Wang Jianlin triumph along with other majority giants and billionaires in China where innovation is at progressive stage but this so called big bubble of Real Estate if explodes would indeed drag him towards bottom of the well where he belonged and left behind the real heroes that is why skeptically he has his strategy driving him for new ventures prominently culture industry in various countries but again his exaggeration or aggression is more intensive and penetrating.

From the current scenario, ambitious, and brash Wang seems to be impatient for eclipsing American hegemony in cultural industry while tilting the balance in entertainment industry where American were perceived to be leading but in this case it is China though impact is still to be measured.

Wang is indeed have been flat and overwhelming in real estate but cultural industry is a universe of ideas and perceptions that could be vigorous, religious and striving and to become a global leader isn’t like miracle as winning formula is way ahead and very few have ever reached and smacked the taste of it.

In recent past, $75 million loss from historic Edificio Espana, according to a statement to the Hong Kong stock exchange, Wang, with 2% fall in his wealth reported in USA Chinadaily, along with struggling real estate sector since valuations of real estate are down with tightening credit policy in the country and struggling economy, confronts rising star Jack Ma who has seen 41% rise in his wealth last year, seems to be competing and advancing swiftly in race of champions from China and undoubtedly from Asia raising questions for Wang’s consistency for being at top along with raising doubts whether new ventures of culture and entertainment across the globe would be able to keep him ahead and domineering

About Author:
Tahseen Ahmed Bhutto is a PhD Scholar at Dongbei University of Finance and Economics Dalian, China and Faculty at Shaheed Benazir Bhutto University Shaheed Benazir Abad, Pakistan. His research interests lie in field of organizational behavior,organizational development, management practices and leadership. You can reach him at tahseenbhutto@gmail.com.