The 10 pictures of modern Chinese sacrifice

Offering up sacrifice to ancestors in Qingming Festival is a traditional Chinese custom with a long history of thousands of years. However, with the rapid changes in lifestyle, various “modern elements” are integrated into the worship ceremony and play as an unconventional, preposterous and eye-catching role. 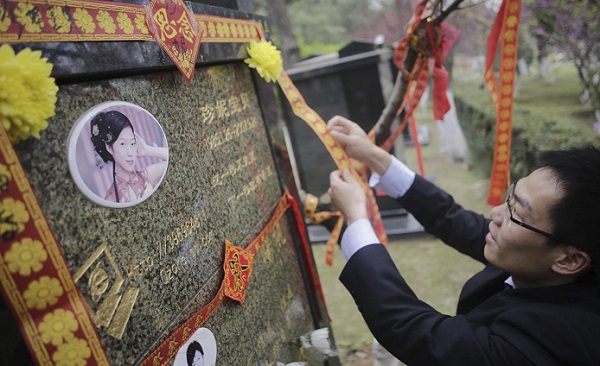 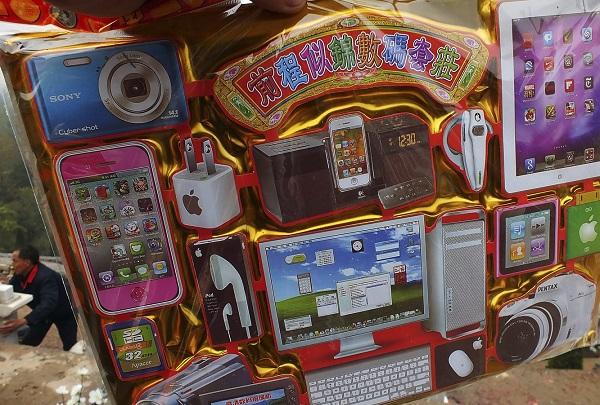 March 24, 2013, Yichang, Hubei Province, People visit their the dead’s tomb and offer up a “digital package” sacrifice including iPhone, tablet PC, camera, charger, memory card, with all kinds of things. 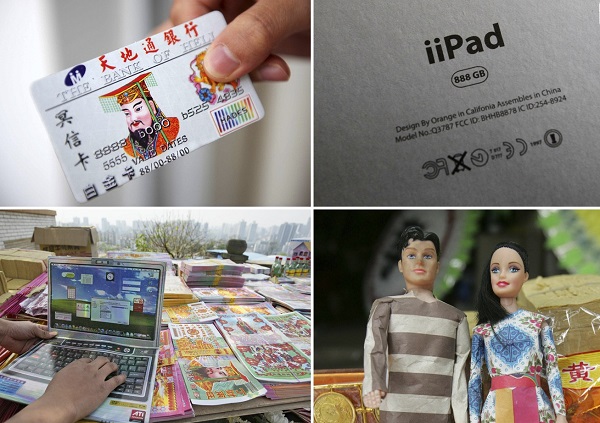 All above are sacrifices for the dead: credit card, cardboard iiPad, cardboard laptop and even companion dolls (notice it? foreigners!). 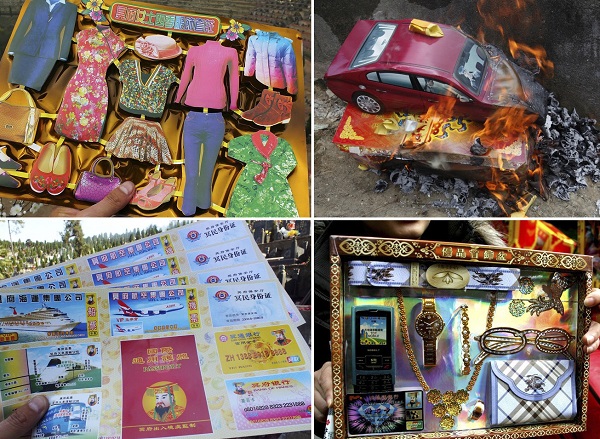 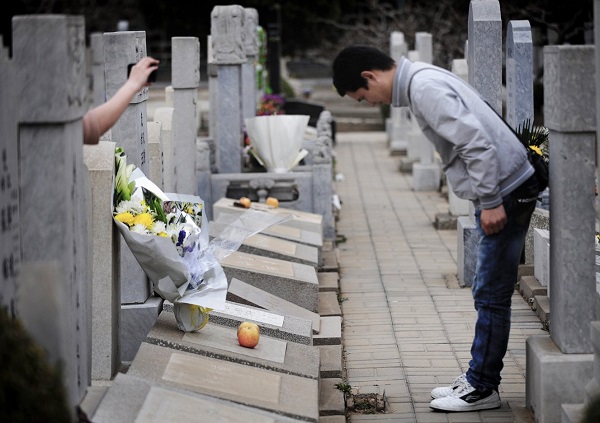 The picture shows April 1, 2012, Beijing, Futian Cemetery, Xiao Wei bows to the deceased. He uses his spare time to offer sacrifice to the dead with a income of a few hundred yuan each time. His job includes cleaning the cemetery, sending flowers, offering up tributes and reading the eulogy. He will use his phone to record the whole process and give it to the  client. 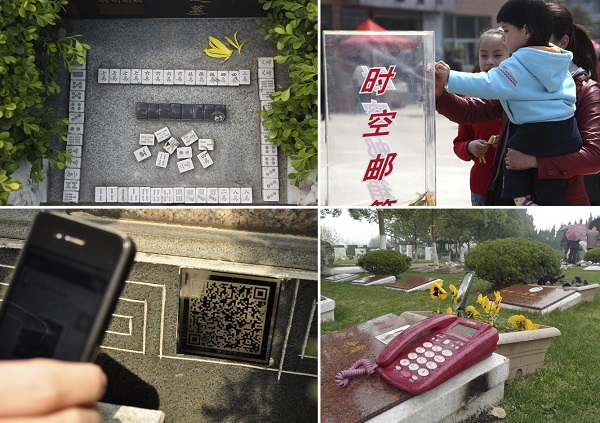 Some interesting sacrifices before tombs: mahjong table, space-time mail box, two-dimensional code (scan the code and you can see pictures and videos of the deceased while living), paradise telephone. 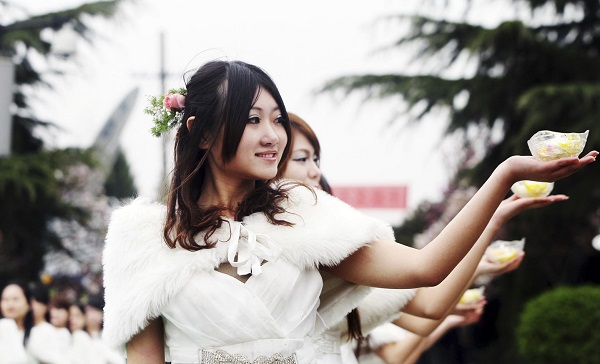 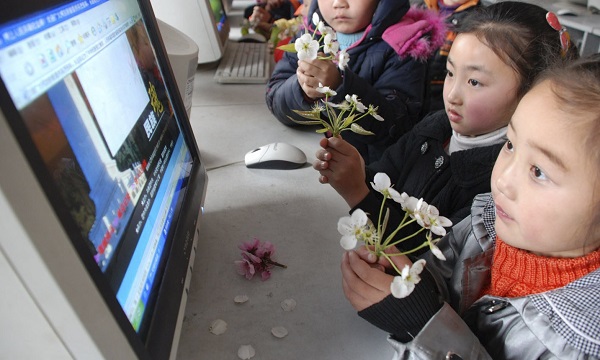 Many have started to show their respect via the Internet like these pupils. 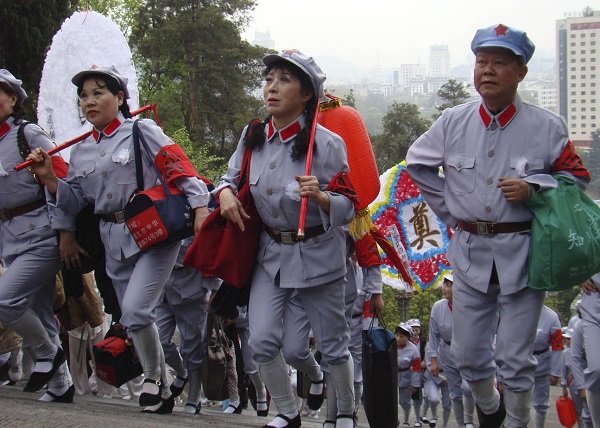 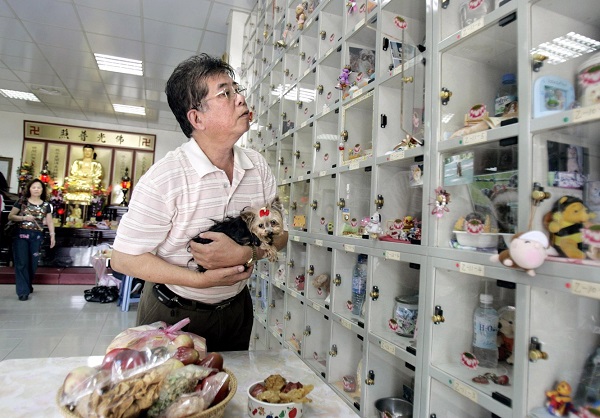 Qingming Festival is not only a traditional festival to worship the deceased, but also many people show grief to their own beloved pet. The picture shows April 5, 2006, a man with his own puppy cames to visit his dead dog in a pet funeral home.