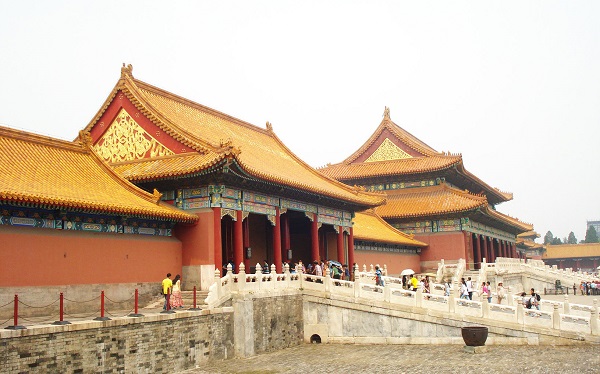 The Forbidden City was declared a World Heritage Site in 1987, and is listed by UNESCO as the largest collection of preserved ancient wooden structures in the world. Its construction began in 1406 and was completed 14 years later, having a history more than 600 years. 24 emperors from the Ming and Qing (1644-1911) dynasties lived and ruled China from there. The Forbidden City, extending 753 meters from east to west, and 961 meters from north to south. It consists of several dozen compounds of varying sizes and some 9,900 bays of rooms. Most of the buildings were built with wood, roofed with yellow glazed tiles and built on blue-and-white stone foundations, looking solemn and brilliant. 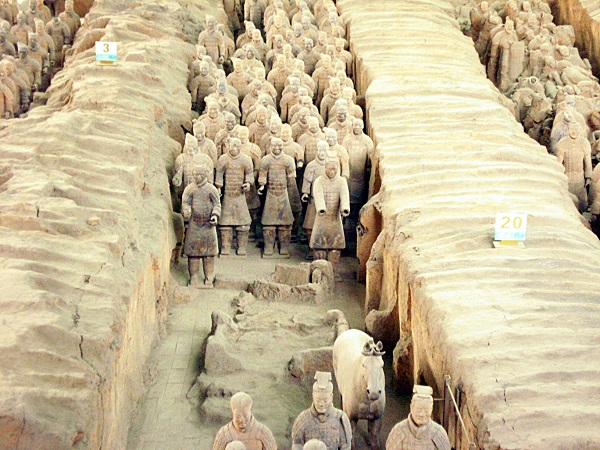 Terra Cotta Warriors and Horses is a collection of terracotta sculptures. It is a form of funerary art buried with the emperor Qinshihuang in 210–209 BC to protect the emperor in his afterlife. Current there were over 8,000 soldiers, 130 chariots with 520 horses and 150 cavalry horses in three pits. The majority are still buried in the pits near by Qin Shi Huang’s mausoleum. It was listed on UNESCO’s World Heritage List in 1987. 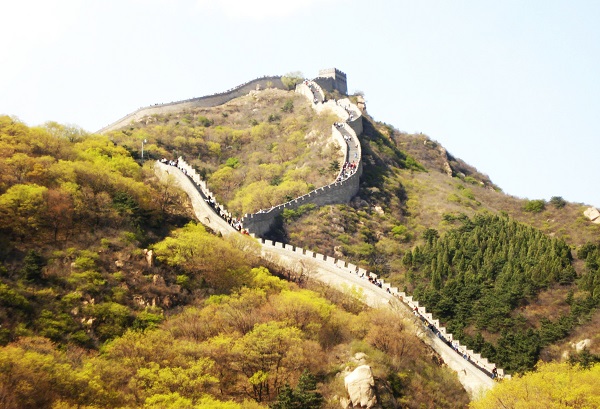 The Great Wall of China is a series of fortifications across the historical northern borders of China to protect the Chinese Empire against various nomadic groups. The walls were being built as early as the 7th century BC and later joined between 220–206 BC by the first Emperor of China, Qin Shi Huang. It is the longest man-made structure ever built. Twisting and turning up mountain and down valleys, the great wall, is really a marvelous civil-engineering project in ancient times. It was listed on UNESCO’s World Heritage List in 1987. 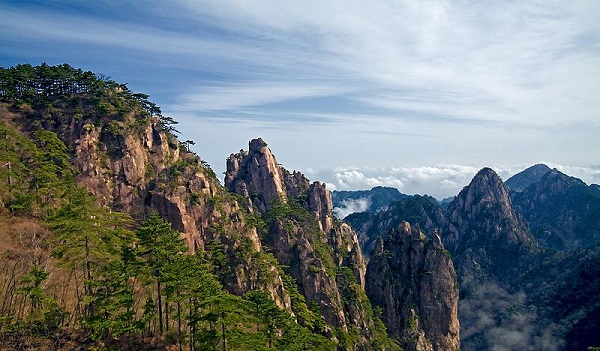 Mount Huangshan is loacted in the south Anhui province. It is listed on the UNESCO World Cultural and Natural Heritage List in 1990. Just as an old saying goes “No need to see any other mountains after Huangshan!” Mount Huangshan is a marvelous mountain area. Huangshan is famous for its four unique scenes, sunsets, peculiarly shaped granite peaks, Huangshan Pine trees, and views of the clouds from above.

Located in northern part of Sichuan Province, Jiuzhaigou Valley is a breathtaking national park. Jiuzhaigou is known for its multi-level waterfalls, colorful lakes, and snow-capped peaks. Jiuzhaigou Valley was listed by UNESCO as a World Heritage Site in 1992. 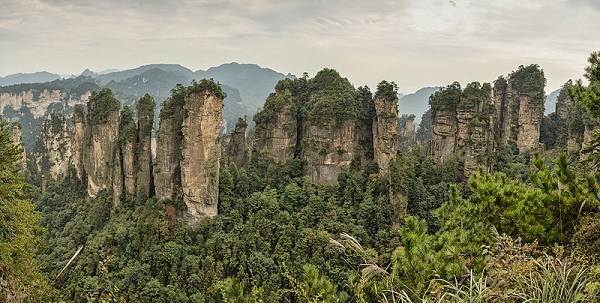 The Wulingyuan Scenic and Historic Interest Area is located in Zhangjiajie City, Hunan Province. It is known for its beautiful forests, odd-shaped rock formations, exquisite canyons, limestone caves and jaw-droppingly stuning panoramic views. It is also home to a wide number of endangered plant and animal species. The area was designated a UNESCO World Heritage Site in 1992.

The Potala Palace is located in Lhasa, Tibet. The 13 stories Potala Palace rises 170 meters and is the greatest monumental structure in all of Tibet. The building measures 400 metres east-west and 350 metres north-south. Potala Palace houses great amounts of rare cultural relics including the gold hand-written Buddhist scriptures, valuable gifts from the Chinese emperors and a lot of priceless antiques. In 1994, the palace joined the list of world cultural heritage sites. 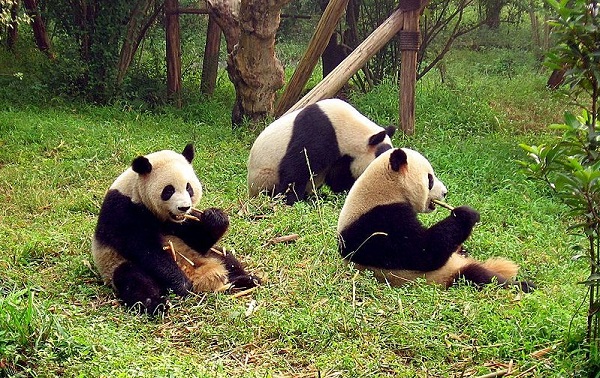 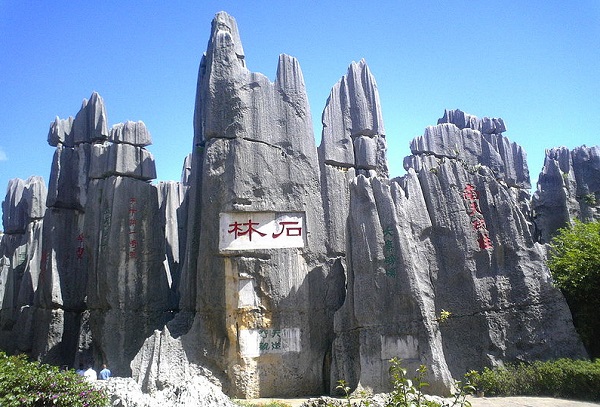 The South China Karst is listed as UNESCO World Heritage Site in 2007, It spans in three south China provinces of Guangxi, Guizhou, and Yunnan. The carst is well known for its karst features and landscapes as well as rich biodiversity. The site includes three clusters: Libo Karst, Shilin Karst and Wulong Karst. The most famous one is Shilin Karst in Yunnan Province.

West Lake is located Hangzhou, Zhejiang Province. It comprises numerous temples, pagodas, pavilions, gardens and ornamental trees, as well as causeways and artificial islands.. West Lake has influenced poets and painters throughout the ages for its natural beauty and historical relics. It was made a UNESCO World Heritage Site in 2011.