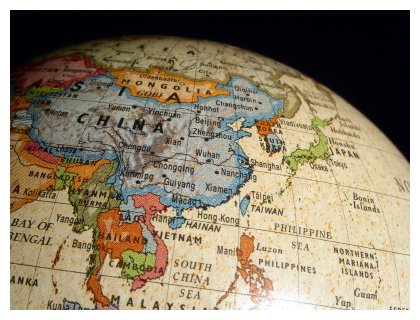 Qin Dynasty 秦朝 221–206 BC
GDP per capita: Unknow
The share of Qing dynasty and the dynasties before it are too aged to calculate, no relevant data is available, so we can only start from the Han dynasty.

Han dynasty 汉朝 (206 BC–220 AD)
GDP per capita: $450
Han Dynasty accounted for 26% of the global wealth, at that time the Roman Empire dominated western world. while Han Dynasty is the economic center of the eastern world.

Song Dynasty 宋朝 960-1279 AD
GDP per capita:US$2,280
The  entire Song Dynasty accounted for 80% of the world’s GDP, The share should be the highest among Chinese history mainly due to a booming commerce, foreign trade and technological advancement, all these made Song the richest dynasty in Chinese history. After a thousand years, Westerners said: “a thousand years ago, China’s  economic aggregate accounted for 80% of the world at that time.” After a thousand years Chinese people said in shock: “how is this possible?” Western historians described its wealth and prosperity like this, the living conditions of a porter at the gate of the capital Dongjing city was even better than a Western monarch of the same period. Song is a classic dynasty that hide the wealth into the people

Yuan Dynasty 元朝 1271-1368 AD
It is difficult to calculate economic data of Yuan Dynasty, its GDP is estimated to account for about 30% -35% of the world according to the foreign research institutions.

Ming Dynasty 明朝 1368–1644 AD
GDP per capita:US$600
In the period of Wanli of the Ming Dynasty, its total wealth accounted for 55% of the world GDP. The average share was 45% during the whole Ming Dynasty, but the late Ming Dynasty rapidly declined for famine and war.

Qing Dynasty 清朝 1644-1922 AD
GDP per capita:US$600
Qing Dynasty accounted for 35% -10% of the World GDP, the economy experienced big recession after 1840 Opium War, large amounts of silver were used  to pay indemnities to invaders and outflowed at the same time, causing its GDP rapidly falling from 35% in period of Kangxi and Qianlong to less than 10% in Jiaqing period.

People’s Republic of China 中华人民共和国 1949-
GDP per capita:US$5414
The Gross Domestic Product (GDP) in China was worth 7298.1 billion US dollars in 2011, according to a report published by the World Bank. The GDP value of China is roughly equivalent to 9.48 percent of the world economy.