There is this thing called the butterfly effect: smallest changes in the past can have huge consequences in the future. In the fast paced internet culture, things tend to develop quickly. New language expressions can develop really fast and become integral parts of the modern language.

These new expressions are interesting for several reason. They provide a glimpse into cultural and sociological trends. Moreover they help us keep up with the times, language evolves constantly and these expression will complement the traditional textbook knowledge of Chinese.

The expression 逆行者 (Nìxíng zhě) recently appeared during the fierce struggle of the whole world against the corona-virus and natural disasters. Firefighters, doctors, policemen, and activists did everything possible to save as many lives as possible. In the Chinese Internet culture, these people have been nicknamed “going backward people” or 逆行者.

The explanation is actually quite simple: when everyone is running away from trouble, these people “go back” to the very heart of terror to do everything possible to prevent the growth of trouble.

The expression is quite simple but the history of its origin remains unknown. However, it has become very popular on the Chinese internet. As you might guess, this is a person to whom people turn only when help is needed.

Funnily enough, this term is often used to refer to boys who are in the friend zone.

Moreover, in the Chinese “office culture”, the expression “Tool-man” is also widely used. In that setting it describes the person who does all the dirty work.

The expression 集美 (jí měi) comes from a rather silly mistake. Originally, 集美 is the name of a district in Xiamen City. In 2020, a streaming host wanted to say “sisters” (姐妹) (jiě mèi) but pronounced it wrong. In the end, it turned out into (集美) (jí měi), which the Chinese really liked. Since then, young women are very fond of calling each other that, they find it very cute.

Internet fans of this expression continued to develop its meaning and interpreted the word 集美 as a new concept – “a woman who combines beauty and talent.” Perhaps one day, this will be a new way to appeal to women’s gender.

We’ve all seen the “Teenage Mutant Ninja Turtles” TV series, so we all understand what Nunchuks are. For those who, for some reason, haven’t seen this wonderful cartoon, I’ll explain. Nunchunks are an ancient Japanese weapon that consists of 2 sticks linked by a chain. Recently, the Chinese have created an expression out of this word.

In 2020, the expression “nunchuks” is used to refer to 2 holidays which fall on the same date. Actually, 2020 had some interesting numerological coincidences. That year, China’s Education Day and the Mid-Autumn Festival were celebrated on the same day – they both fell on October 1.

Recently, the Chinese have increasingly started to contemptuously call themselves “打工人“ (Dǎgōng rén) – “a hard working person” or “workers who came to the big city to work.” The fact is that in China there is a very acute problem with employment. That’s why, along with “打工人”  expression, Chinese oftentimes say “work causes 80% of problems, lack of work causes 100% of them“. In fact, this problem creates a vicious circle in which you have to spin and selflessly work from dusk to dawn. 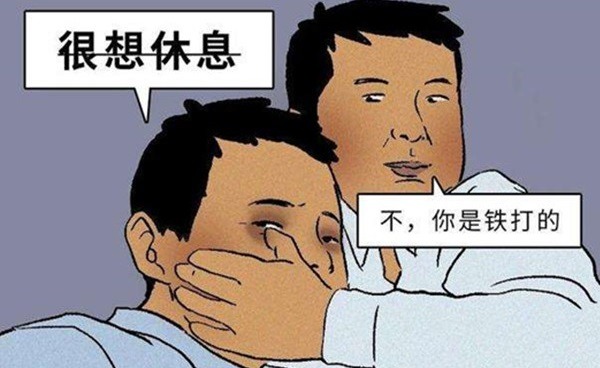 I agree, the expression is not the most positive, but you remember 2020, how positive was it?! On the upside this expression is sometimes found in encouraging statements such as “Good morning, workers!” “早安, 打工 人们!” (Zǎo ān, dǎgōng rénmen).

In addition, similar words have appeared to describe a young guy “打工仔” (Dǎgōng zǐ) or a young girl “打工妹” (dǎgōng mèi) who came to a big city to work.

6) 尾款人 – The person who pays the rest of the amount

The following modern Chinese expression “尾款人” (Wěikuǎn rén) means “the person who pays the rest.” This expression appeared in the context of 11.11 (November 11th) which is a famous Shopping Day in China. 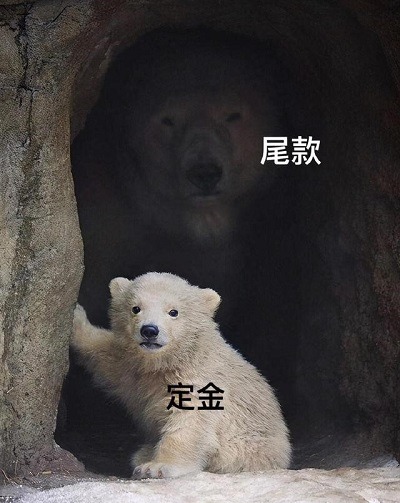 “尾款人” refers to a shopaholic who purchased something expensive, paid for just part of it and signed up to make large follow-up payment in the future. Now the person has to plow day and night to pay off the debt, even though the item purchased no longer seems that necessary.

This expression is often used alongside the previous expression (打工人 – Hard Working person).

This expression went viral in 2012 after appearing in the Chinese-language version of a Japanese newspaper. At the time, Japan was changing prime ministers surprisingly often. The journalist used this expression in the sentence “我们又双叒叕要换首相了” which means “Once again we need to change a prime minister.”  Let’s take a look at the characters in this expression:

People found it funny that the radical “又” “again” appears 10 times in row among these four characters “又双叒叕”, this produces a humorous play on words. It became popular to use this expression in situations where something keeps on happening over and over again.

Chinese radicals, like “又”  are one of the important concepts when learning Chinese. If you are interested, you can learn more about these important Chinese language concepts.

Literally “王炸” translates as “a pair of jokers” – a rare and strong combination in card games. However, in some kind of figurative sense, it is most often used in the sense of “a rare, unexpected, unpleasant event.”

This word became especially relevant during media coverage of outbreaks of corona-virus infections in countries not as well prepared for a sharp increase in the number of patients as China.

As you may have noticed, current trends are an exciting field to study. By looking a new trending expressions, you also learn new words in fun phrases. Secondly, your speech will look stylish and not like lifeless dialogues from textbooks. So, friends, catch the wave and follow the development of the Chinese language!

About the author: Pavlo Kirnoz is a student of Chinese philology at Borys Grinchenko Kyiv University. He has been studying Chinese for several years, passed the 3rd level of the HSK test and won a semester program for studying Chinese at Jilin University, Changchun, China. He writes about Chinese language learning at vocab.chat