7 reasons why foreigners are leaving china

Recently it seems that an increasing number of China expats are considering leaving China. This trendency can be found in many expats` online articles, which talk about their experience and the reasons why they leave China. Here is a list of 7 main reasons: 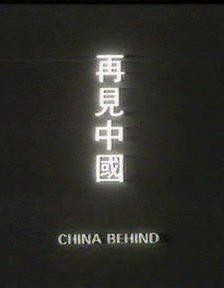 Three decades of economic reform and development have greatly benefited a majority of the Chinese population, raising the average standard of living to levels that were simply unimaginable to the previous generations. Yet, at the same time, China’s primary model of development has been increasingly questioned and challenged by various social strata and interest groups within the country, while the number of “dissatisfied” in each social strata, believing that the government is not doing enough to take care of them, has been increasing as well.

A majority of China’s “dissatisfied” come from either the disadvantageously positioned grassroots groups or the urban middle class, China’s rich and powerful lack confidence in China’s system of social contracts, and the disadvantageously positioned grassroots groups express voice such dissatisfaction through individual or group petitions and protests. And the China expast can only choose to simply leave the country—colloquially referred to as “voting with one’s feet”.

The so-called “unwritten rules” run in Chinese society behind the curtains, often greatly obscuring or perverting its “formal rules” in the process. With 30 years of reforms have also seen many rounds of government administrative reforms, but the people still do not have confidence or trust in the government.

To witness such “unwritten rules” in effect, one must look no further than trying to deal with one of the basic administration processes seen in pretty much any government department, viewed by most of the population as shockingly arbitrary, despite whatever the formal rules may mandate.

What makes foreigners unhappy and even “leave” also includes the rapidly economically developing social environment. Over 30 years of development, Chinese people’s material standard of living has greatly risen. But simultaneously one of the consequences it has brought is a money-centric “materialism”. This is a pervasively materialistic society. This high-speed development has environmental destruction and substandard quality as its costs. Materially-rich, spiritually-poor, lacking in ethics and values.

Another factor leading foreigners to leave is the quality and nature of China’s education system. First, despite reforms, primary education opportunities in China are still incredibly unequal, with many children, particularly those in impoverished and rural areas, still unable to regularly attend school for a variety of economic and organizational factors.

The domestic Chinese lower education system does not educate. It is a test centre.The curriculum is designed to teach children how to pass them. Each year, a new batch of students, who’ve already spent a majority of their lives taking “admissions tests” to move up the educational ladder, push themselves even further to pass the gaokao test needed to attend a Chinese university. And for those students fortunate enough to get in to a university, most quickly discover that the quality of teaching at the university level is simply unable to match the quantity of students.

Pollution in China is inescapable. Showcase cities like Beijing and Shanghai are regularly enveloped in smog and just one percent of the country’s 560 million urban residents breathe air considered safe by the European Union. Industrial pollution has made cancer the country’s leading cause of death. Close to half the population lacks access to clean drinking water and in some places water quality is so low that it cannot be safely used for bathing.

Scandals involving tainted food make headlines every week, striking rich and poor without prejudice. The most famous example, involving tainted milk, caused the death of six babies and affected an estimated 300,000 people in 2008.

7. Always being seen as a foreigner

It gets old getting stared at all of the time, hello shouting, and just almost always feeling like you are an outsider in China no longer how long you have been here.