Today we have many easy ways to keep cool in hot summer such as electric fan and air-conditioner. However, in ancient times, without fan and air conditioner how did they spend the hot summer?  Would they fan all day? Of course not, they had many ways to stay cool during the summer. Below are 5 smart ways that ancient Chinese use to survive hot summer. In Tang Dynasty (618-907) there was a kind of “cool room”, similar to modern air-conditioned room. The “cool room” was generally built beside the streams, using cycling water to drive fan and to send cool air to the room, or using special mechanical device to draw water up to the roof, from where it would drop down and form a water spray that brought cool wind into the room. However, this method was hard to afford for common people, only the imperial families could enjoy it.

2. Store ice in winter for summer use From the beginning of the Zhou Dynasty (1046-256 BC) the authorities already broke the ice in November and preserved ice in a cool place covered with straw and sawdust. Every few days in hot summer, the officials would dig ice out and divide to ministers.

In the Northern Song Dynasty (960–1127), common people also began to store ice in cellars. In the cold months of the year, people broke the ice and transported to underground ice house and sealed up. During the next summer they would take the ice out piece by piece, make different kinds of iced drinks and sell to customers. Ancient Chinese already invented a mini ice house to keep wine cool in hot summer, this can be regarded as the earliest refrigerator in China. The above instrument is called Jian, a bronze container from the Warring States Period (475-221BC). It has two layers and the inter-layer will be stuffed with ice to keep the wine cool.

In the late Qing Dynasty (1644 – 1912), the common people used ice bucket, which had similar function similar with modern refrigerators. They use wood to make the frame work and low heat conductivity metals of lead and tin to extend the time of ice use. In the Han Dynasty (206 BC–220 AD), craftsmen have developed “impeller fan”, an appliance to keep cool. In Han Dynasty scientific work Xijing Zaji (Miscellanea of the Western Capital), it introduced a kind of mechanism, people install 7 fans on a wheel, when one person moved the handle, the 7 fans would rotate rapidly and produce cool air. Of course, the common people could not afford such this equipment, only the royal family could enjoy it. 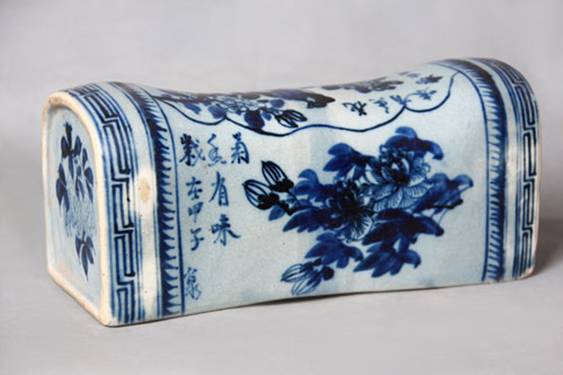