8 Weird Ways Not to Get Pregnant in Ancient China

Before the appearance of modern contraceptive medicines and technologies, how did women of ancient China prevent unwanted pregnancies? Here collected are 8 weird ways not to get pregnant in ancient China. 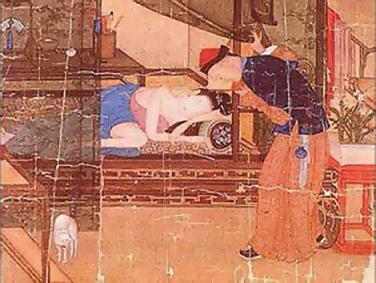 In a Chinese movie starring Gong Li , a scene goes like this: Before going to work a prostitute drinks some herbal soup (or “Liangyao”), which is said to cause eventual sterility. It is said musk was an ingredient of the soup. However, it is difficult to know other ingredients in the decoction.

It is believed that rubbing musk into navel can prevent pregnancy. According to historical records, Zhao Feiyan and Zhao Hede, two beautiful concubines in the court of Emperor Cheng (51 BC -7 BC) of the Western Han Dynasty, controlled their fertility by rubbing musk into their navels.

According to folk records, the method of using saffron to prevent pregnancy was from imperial physicians. If emperor had no desire to procreate, after having sex with concubines or court ladies, he would order eunuch to clean out their vagina with saffron herbal soup.

Ancient condoms made of sheep intestines and fish lungs can be found in the ancient classic work Classics of Mountains and Seas. Contraceptive sheaths were also made silk and cotton.

In ancient China, women were were encouraged to drink hot mercury to prevent being pregnant. It was effective to make woman not pregnant. But, we know that, mercury is extremely toxic, causing body’s disorder even death.

A Chinese folk birth control treatment is like this: Grind seven dried persimmon pedicels, put the powder dip in boiling water and drink the mixture for seven days.

Strychnine arsenic and other toxic drugs were also used to prevent unwanted pregnancy. Large doses of these drugs can cause deaths, but the use of small doses can kill the unborn fetus. This method can lead to permanent and irreversible lifelong sterility.

It seems that there are many birth control methods in ancient China. Whether palace concubines or street whores, they all had unique ways to avoid pregnancy. these methods may cause sterility or even death. However, they had no choice, as an unwanted child means a death sentence in ancient China.