Tom Doctoroff is a top executive at multinational advertising giant J. Walter Thompson.  In his new book, “What Chinese Want”, he writes that much of Western analysis on China has been overly alarmist. He says people have 10 popular misconceptions about China:

Myth No. 1: Popular anger means the party’s power is weakening 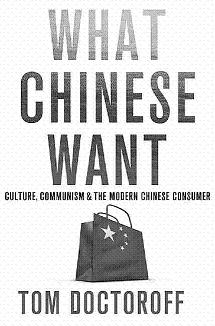 The communist party, despite its heavy hand, “has street cred.” Unless growth collapses, citizens will grudgingly support national leaders. The Chinese people crave order. Stability is the platform on which progress will continually be built. In the future, a more Singaporian model may take hold but one thing is certain, the future of China’s political system will not be made in America…or Europe.

China’s pop culture is booming and within it sits an array of counter-culture stars and trends, from tattoo parlors to non-conformist lyrics of singers like Jay Chou. But that doesn’t mean Chinese society is embracing American individualism. Self expression is not equal to independence of thought.  Unlike American society, Chinese society never celebrated the liberation of individual potential.  The basic productive unit of society remains the clan, not the individual. “The pursuit of happiness is an adolescent fantasy, best forsaken by the time the pressure of marriage, mortgage, mother-in-law, and auto ownership come into play,” Doctoroff writes.

Myth No. 3: Contemporary Chinese have no beliefs

Chinese society is not in the throes of an existential crisis. Instead, it is on the threshold of reclaiming values that have always set it apart. The Cultural Revolution did not purge traditional values of the sanctity of family and nation; societal harmony is still a noble goal; anti-individualism is still pervasive; fulfillment of mandate still defines success rather than stardom and wealth.  A new generation will redefine China and is slowly achieving harmony of the old China and the new, whereas old traditions remain sacred.

Myth No. 4: The internet will revolutionize China

The internet is changing China and mostly for the good, but revolution is too strong a word.  China’s digital era remains uniquely Chinese. Beijing allows for a blank canvas of self expression and material gratification, but retains the veto power to control public discourse as it did when it threatened to shut down the Sina Weibo microblogging service over theories about the political dramas surrounding politician Bo Xilai and later with Chinese activist Chen Guangcheng. Internet users may grumble, but they’re not ready to rumble.

Myth No. 5: The Chinese market is too much like Europe

China is as unified a country as is the U.S., despite its wide geographical and political differences. The challenges of unifying distribution networks, sales channels, retail presence and sourcing standards “remain monumental”.  But it is operational hurdles that make China a Balkanized economy, not cultural or political differences.

Myth No. 6: The Chinese consumer is inscrutable

Women want to reconcile achievement and traditional feminine grace and therefore prefer to buy diamonds that sparkle, but don’t have too much bling. Men want to show they’ve clawed their way to the top without showing off so prefer an Audi or BMW to a Maserati. Once foreigners appreciate China’s unique characteristics, their tastes become easier to understand.

Myth No. 7: The Chinese growth model is in danger

In the short-term, China’s economy is not crash landing. In the long term, the current model still has legs. Both the government and the people know real reforms are needed. Yet, reforms have barely just begun, impeded by left wing dogmatic fears of upsetting a middle class whose tax bills would have to rise to fund restructuring and wealth distribution to rural areas.  But the world should not underestimate the technocratic savvy of Beijing. When reform does come for all to see, it would have come microscopically incremental, and therefore barely noticeable to outsiders.

It will be decades before Chinese corporations — even in strategic industries like renewable energy and information technologies — beat American companies on their own turf.  It might not even happen at all. China is a closed society and so are its corporations. The country lacks the dynamism needed to stimulate new ideas and the collaboration required to monetize them.

Myth No. 9: China will be the lone world superpower

China does not inspire hearts and minds like America does.  American dignity for the common good touches hearts. China is chauvinistic by comparison. In ways large and small, its instinct to narrowly defend its self interest is off putting and isolating. China will be an economic power, but not a culture or political power. There will be more than one tiger on this mountain, and the other will be the good ole U.S. of A.

Myth No. 10:  China is militarily aggressive

China is ramping up its military, but will never use it to challenge the U.S. or invade its neighbors.  For a credible analysis of China’s modern fighting force, scour Pentagon briefs. But to get a sense of Beijing’s pacifist instincts, come for a visit. The Chinese shield themselves from danger, both real and imagined. This is not a culture itching for war.

Order the book on Amazon