10 most beautiful canyons of China

There are a lot of great canyons in China. When big rivers come down the “Roof of Earth” Tibetan Plateau, their powerful stream cut through the major mountain ranges all around China, creating a lot of beautiful and spectacular grand canyons and gorges. Here is a list of 10 most beautiful canyons in China 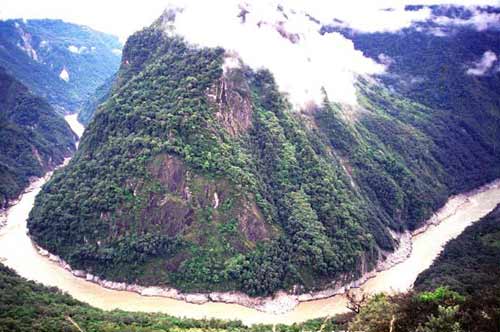 The Yarlung Tsangpo originates near Mount Kailash and running east for about 1700 km drains a northern section of the Himalayas before its enters the gorge near downstream of Pei, Tibet near the settlement of Zhibe. The canyon has a length of about 240 km as the gorge bends around Mount Namcha Barwa (7782 m) and cuts its way through the eastern Himalayan range. Its waters drop from about 2,900 m near Pei to about 1,500 m at the end of the Upper Gorge where the Po Tsangpo River enters. The river continues through the Lower Gorge to the border at an elevation of 660 m. The river then enters Arunachal Pradesh, India, and eventually becomes the Brahmaputra. 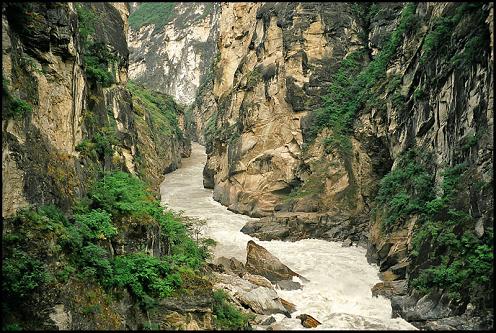 Tiger Leaping Gorge is a scenic canyon on the Jinsha River, a primary tributary of the upper Yangtze River. It is located 60 kilometres north of Lijiang City, Yunnan in southwestern China. It is part of the Three Parallel Rivers of Yunnan Protected Areas World Heritage Site.

Tiger Leaping Gorge is a contender for the world’s deepest river canyon, depending on the exact definition used. The inhabitants of the gorge are primarily the indigenous Naxi people, who live in a handful of small hamlets. Their primary subsistence comes from grain production and foreign hikers. 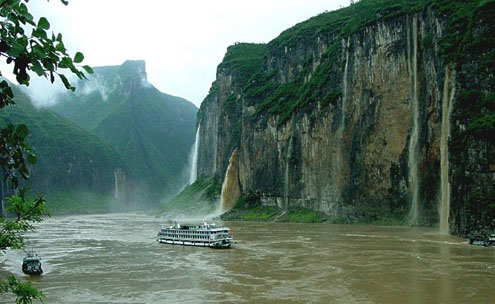 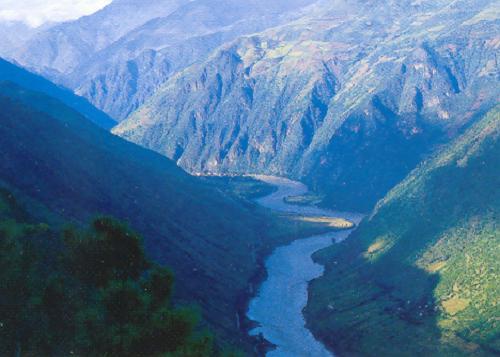 Located in the most northwest of Yunnan, about 10 hours drive from Kunming, Nujiang Grand Canyon start from Tibet via Yunnan and flow into Myanmar, then merged into Salween river. The major area covers 4 small counties—Liuku, Fugong, Gongshan, and Bingzhongluo. This canyon stretch more than 1000 kilometers, the average depth of the canyon is about 2000 meters, the deepest point of the canyon could be more than 6500 meters. 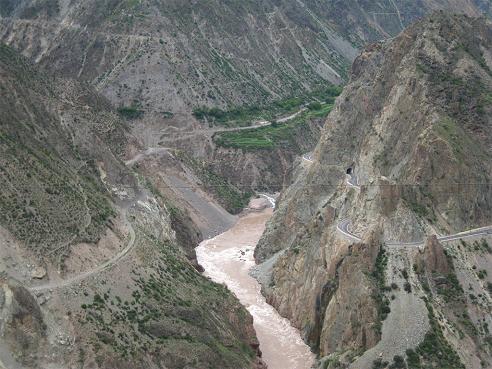 The Grand Canyon of the Lancang River is famous for not only its deep and long vale, but also the rushing water. The river water is limpid and rushing in winter, but turbid and onrushing in summer. As the river becoming narrow in the Grand Canyon, high waves are striking against the banks and making a sound like thunder. What a fantastic spectacle! Such steep mountains, deep valley and miraculous geographic structure are seldom seen all over the world.

The elevation of the river surface is 2,006 meters, while the highest elevation of peak is 6,740 meters. On the peaks, the trees are very luxuriant and green with different postures. This picture is so beautiful that no adjective can describe it. Some ancient villages and temples are scattered in the mountains, give tourists a sense of history. 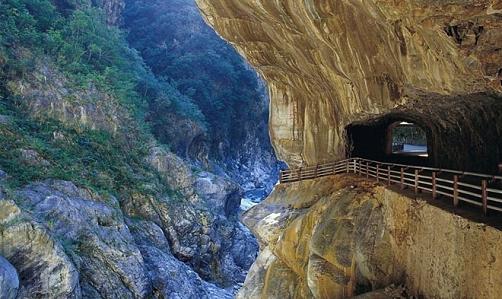 This canyon stretches for 19 kilometers. It is at the east coast of Taiwan. The nearest city to the canyon is Hualien.Taroko is famous for its rugged landscapes and canyons, particularly the impressive Taroko Gorge, a steep canyon that offers not only amazing views but also historical shrines, hot springs, mountain forests with wildlife, and activities such as whitewater rafting and trekking. 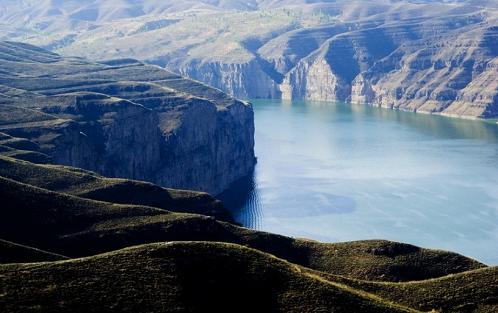 Jinshan Grand Canyon is the longest continuous Yellow River valley, ranging from Hekou Town of Inner Mongolia to Yumenkou of Shanxi . In the Loess Plateau, the valleys are mostly 100 meters more deep, and its narrowest point is only 30 to 50m at Hukou Waterfall. 56% of the total sand carried by Yellow River is taken from this section. Literally, Yellow River becomes truly “Yellow” at this section. 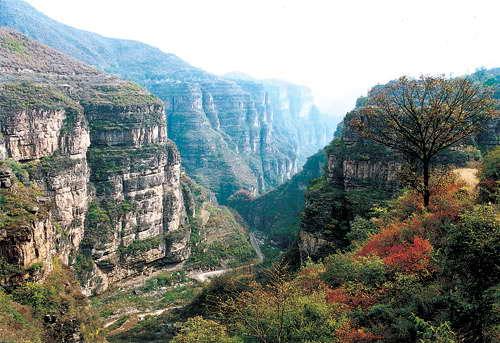 Grand Taihang Canyon is a typical example of the northern China landscapes. It is located in two regions of Taihang Mountain Range. 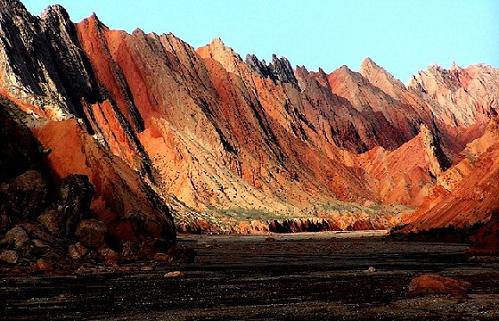 Tianshan Grand Canyon, also known as Keziliya Grand Canyon, is a canyon in Keziliya Mountain (a branch of Tianshan Mountain) which was formed under the action of wind and rain force. Keziliya in Uygur means red cliff. Located in the north of Kucha County of Aksu District, Tianshan Grand Canyon is as long as 5.5 kilometers from east to west with an average altitude of 1600 meters.

The red brown mountain groups of Tianshan Grand Canyon with different shapes climb strange to the sky, like burning fires in sun. The mouth of Tianshan Grand Canyon is broad but the path winds along mountain ridges in deep ravines. Some places are too narrow to pass through. The bottom of the canyon is relatively smooth with towering cliffs on both sides and fine sand or shoal water in the road. The peaks in the canyon are colorful and in strange shapes, like stone forests and stone carving: pink, dark green, light yellow, grey, moon white, etc.