China is a country with rich history and culture, besides thouse famous imperial buildings like Forbidden City and Summer Palace, you will find lots of often centuries old folk houses. Let’s take a look at these charming and unforgettable ancient houses! 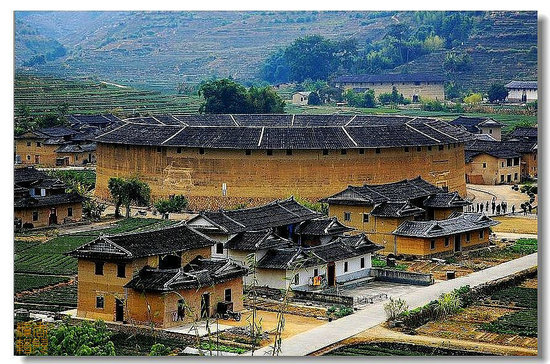 Fujian Tulou is a type of Chinese rural dwelling of the Hakka and Minnan people. Because the Hakka people like to live together in remote mountainous and forested regions, they built fortified houses to defend themselves against fierce animals and thieves. Built on a stone base, the Tulou’s thick walls were packed with dirt and internally fortified with wood. Over twenty thousand of these houses still stand today, ten of which are over 600 years old. The oldest one, “Fu Xing Lou” in Hu Le town, was constructed over 1,200 years ago and is regarded as a “living fossil” of the construction style of central China. 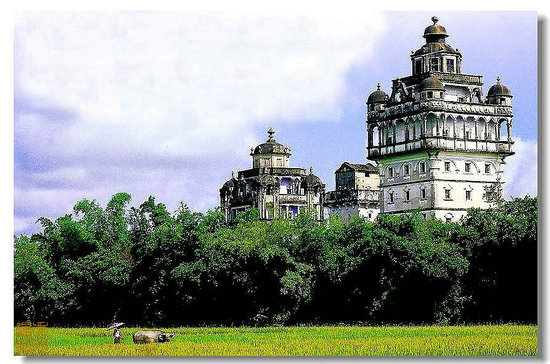 Mainly located in Kaiping, Guangdong, Kaiping Diaolou are fortified multi-story towers featuring a unique architectural style that fuses elements from the West with those of the southern Chinese countryside. During the Ming Dynasty [1368-1643] ,the area now known as Kaiping was badly ravaged by bandits and disastrous floods .To protect themselves,villagers in the area sought protection by building multi-storey towers, called Diaolou .Diaolou towers have since become a truly distinctive architectural feature of the villages of Kaiping .Although some were used as schools or storerooms, the Diaolou have been primarily used for housing and defense. 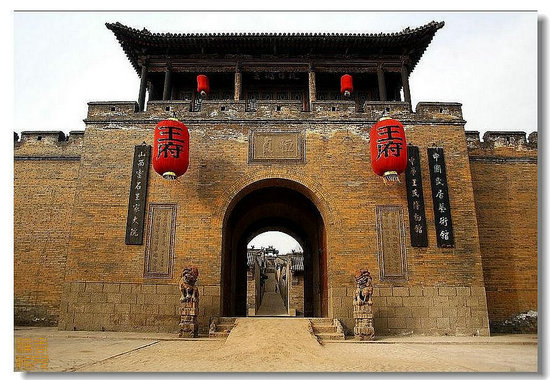 More than 200 years ago, a group of successful merchants made splendid achievements in Shanxi Province. They made huge investments in residential buildings and created a number of gorgeous ancient residences which attract numerous visitors nowadays. Wang Family Grand Courtyard is a typical one which was built up continuously during the Qing Dynasty. The Wang’s Courtyard, situated in Lingshi County of Shanxi Province, is 35 kilometers from the Ancient City of Pingyao, a UNESCO World Cultural Heritage Site. This residence was built during the reign of Emperor Kangxi and Emperor Jiaqing in the Qing Dynasty, covering a floor area of 250,000 square meters. There are a hundred plus compounds and a thousand rooms in antique flavor.

4. The Courtyard of Family Qiao 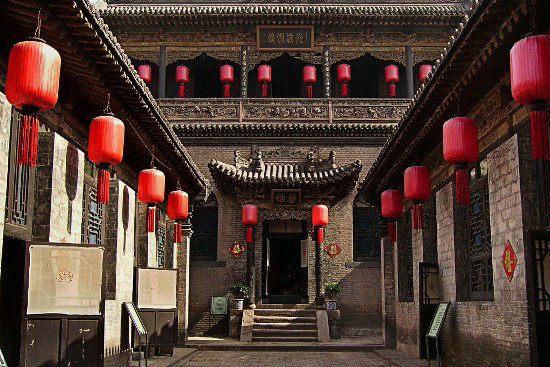 If you happen to be a fan of Chinese cinema – specifically the movies of director Zhang Yimou and actress Gong Li – then you already know this place.  The Qiao family courtyard house is where “Raise the Red Lantern” was filmed.  This is one of the six main courtyards within the complex. The Qiao Family Courtyard was built in during the reign of Emperor Qianlong (1711-1799) in the Qing Dynasty, consisting of 6 large yards and 20 small yards with 313 houses in total.

5. House of the Chancellor in Huangcheng 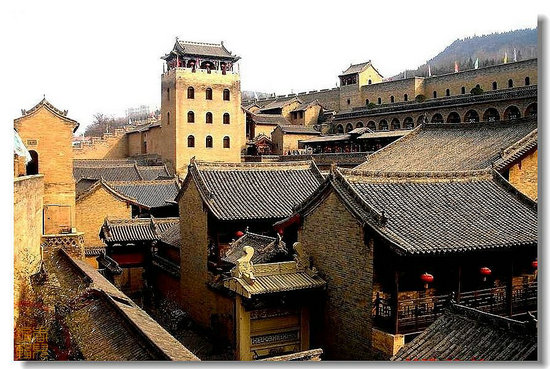 Located in Beiliu Town of Jincheng City, Shanxi Province, the House of the Chancellor in Huangcheng is the former home of Chen Tingjing, who was the prominent prime minister of Emperor Kangxi of the Qing Dynasty and the editor-in-chief of the dictionary Kangxi Zidian.  As an eminent chancellor, he served as a helper of the emperor for half a century. This house is a complex of castle-like buildings: the officer’s dwelling place, the old home of literary men and the residence of local people. It is rare for its magnficent form and rich content in perfect preservation. 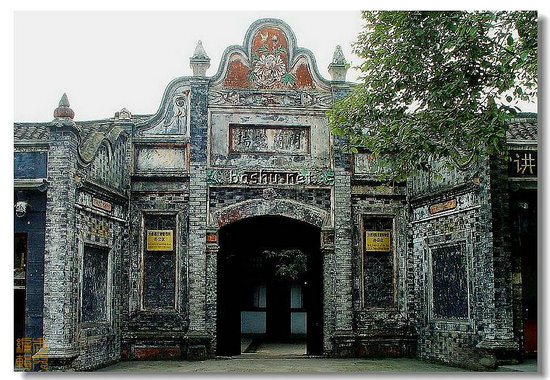 Located in Dayi County of Sichuan Province, the Liu’s Manor Museum was the former residence of the big landlord Liu Wencai. It covers an area of 70,000 square meters, and consists of two big architecture groups. The buildings are very luxurious, and include various shapes such as rectangles, squares and terraces. 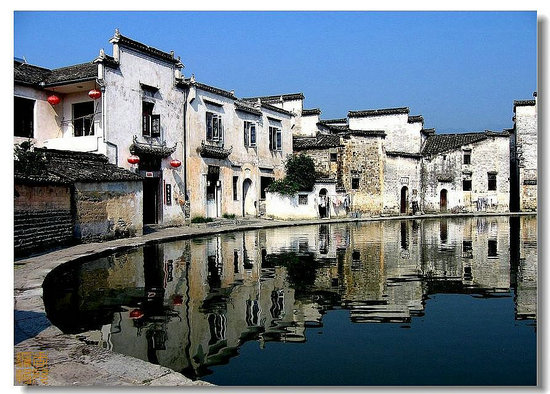 Located in Northeast of Yixian County, Anhui Province, this village is famous for its long history, deep culture and splendid environment. Hongcun Village was built in the Southern Song Dynasty (1131 – 1162), which has over 800 years of history. As the village’s layout looks like an ox, this village is also called “Ox-shaped Village.” Leigang Mountain is the ox head; the verdant dark green trees its horn; the folk houses the body; the lakes are the stomach and four ancient bridges near the village are the legs. Most people are surnamed Wang. It is known as “the live module of researching the ancient water conservancy history of China.” 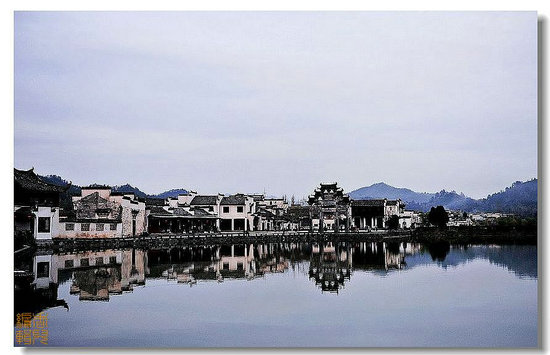 Xidi Village located 8km east of Yi County, 40km away from Huangshan Mountain. Xidi village was built during the Song Dynasty. Now, there are 124 brick-wood buildings with a neat layout, elegant decoration and deep cultural connotation of Ming and Qing styles. All of its features are rare in China. Xidi village is known as “The Most Beautiful Village in the World” and “The Ancient Treasures of the Vernacular Architecture.” Xidi Village is segmented by over 40 ancient winding and narrow lanes which are paved with bluestones. The village’s main feature is the Governor Huwenguang Archway (also called Xidi Archway), which is famous for its elegant design and outstanding stone carvings. 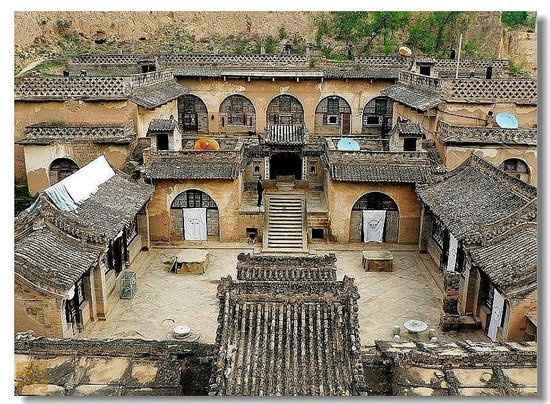 Situated in Liujiamao, Shaanxi Province, this manor was built by Jiang Yaozu, the richest man in the village during the reign of Emperor Tongzhi of the Qing Dynasty (1861-1875). It consists of three sections. The lower section is surrounded by a 9.5 meter high stone wall, and is connected to the central part by an 8 by 10 meter wall. The upper part is the manor’s main living area. The back of the manor is lodged into the mountain, creating a cave that provided excellent shelter for its inhabitants when the manor was under attack. 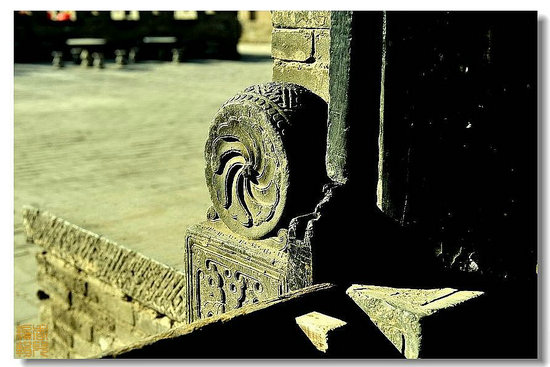 Located in Kangdian Village at the foot of Mt. Mangshan 50 km away from the west of Zhengzhou. With over 300 years’ history, the Manor of Landlord Kang Baiwan was built firstly during the Emperor Qianjia and prosperous during the Emperor Daoguang in the Qing Dynasty. It is one of the five landowners’ manors.It is the building groups of typical feudal castle style with the characteristic of making cave dwelling close to the mountains, setting up buildings adjacent to the street, separating & connecting among the yards integrating the character of palace, temple, residential house, & gardens and the construction style of the North China & the loess plateau.