The 6 Favorite Moments in Chinese Video

Recently, the interwebs have been abuzz with talk of China’s economic slowdown. Some are proclaiming doom and gloom, while others are take a more middle-of-the-road approach and believe that China is simply experiencing a long overdue correction. Whatever the case, talk about China has taken a more pessimistic tone than usual.

In light of this, and because I am hopelessly nostalgic, I decided to compile a list of a few of my favorite funny videos related to China. These are videos from a simpler time, a time of Olympic optimism and 10% growth year-on-year. 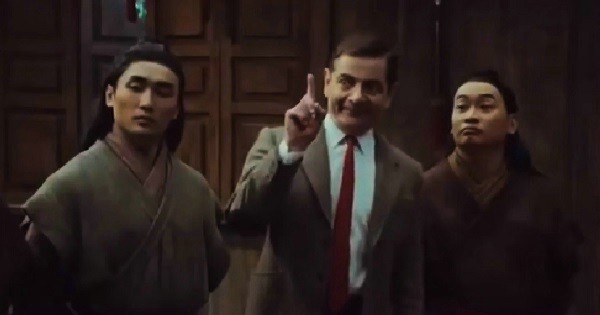 
Everyone loves Mr. Bean. And he seems to be particularly appreciated in China, where his slapstick humor and bold body language transcends any language barrier.

This video is actually from a Snickers ad. The production quality is extremely high, and while we doubt the historical accuracy of this period piece, we’ve got to give Snickers a pat on the back for their work.

And while we are at it, Mr. Bean himself deserves some serious props for not aging at all. Snickers doesn’t have revitalizing properties that we know of, but Mr. Bean seems to be doing something right, as he does not look anywhere near his 60 years of age.

This video features residents of Beijing preparing for the 2008 Olympics. Their English still carries the inflected “ar” sound of Northern Chinese, and their syntax and grammar are far from perfect, but we love them for trying.

And as any laowai in China knows, it isn’t easy going from English to Chinese or vice versa. In fact, it is estimated that it takes 2,200 hours of in-class study plus a year of study in-country to reach fluency in Chinese. Developing fluency in English for a Chinese person would seem to be equally rigorous, so we can easily forgive some grammar mistakes.

We also like this video for featuring some classic Chinglish moments, which you can see from 1:18 on. While Shanghai recently announced a hotline that you can call to report Chinglish, we expect these bits of interpreted English will continue to remain in China.

Another reason we love this video is because it captures the excitement and fervor leading up to the 2008 Olympic Games in Beijing, a time of optimism for China that doesn’t seem to have been matched since.

The video also features Li Yang at his most optimistic time period, before he was exposed for beating his wife. For those unfamiliar with him, Li Yang is a celebrity English teacher whose Mao-ist style of repeating slogans to teach English to audiences of thousands of people gained him widespread popularity in China before his name was tainted by proof of domestic violence.

No, this video is not sped up. It was one of China’s most-watched videos of 2011, and it’s no wonder why. The woman, a cake vendor, handles her product with dexterity and bags dozens of buns per minute. She certainly must have made her employer happy, with her high levels of efficiency drawing a long line of customers to her workplace just to check out her skills.

While China has given the world a host of inventions, from gunpowder to ice cream, our personal favorite is the facekini.

It scared the crap out of us when it burst onto the scene a few years back, but we learned to appreciate this piece of clothing designed to rob banks anonymously to cover the faces of beachgoers so that they can maintain their white complexion. Think of it as a sort of replacement for sun screen.

If you thought it couldn’t get any scarier than a facekini, watch this and prepare to be terrified. For optimal effect, watch it full-screen and not just on your phone.

What you’ll see in the video above are two Ukranian Daredevils scaling the world’s second tallest building in the world after Dubai’s Burj Khalifa. This GoPro footage will probably turn your stomach, but in spite of that, it remains one of our favorite videos out of China in recent years.

The video before this came with the disclaimer of “don’t try this at home” and this one does too. What it shows is a participant in China’s popular Baijiu drinking challenge videos, which basically depict lunatics throughout the country trying to best one another by drinking ever-increasing amounts of baijiu. It’s just like the ice bucket challenge, but more unpleasant and not for charity.

In this video, we see a man from Ankang in Shaanxi Province drinking an astounding 7 jin of Baijiu. We aren’t sure how much that is in liters, but it’s A LOT.