The 8 Famous Prostitutes in Chinese History

Generally speaking, prostitutes are usually despised by common people of different ages. However, there were some prostitutes who played a role in Chinese history. Here are eight most famous and influential prostitutes in ancient China: 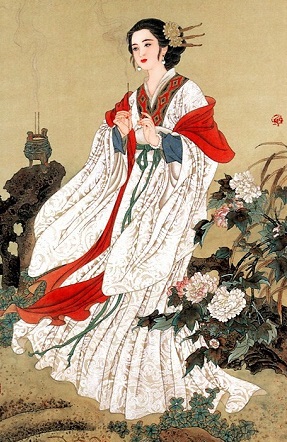 Su Xiaoxiao, also known as Su Xiaojun, was a Chinese courtesan who lived in Qiantang City (today’s Hangzhou city in Zhejiang province) in the Southern Qi Dynasty (479–502). She died at only 19 years old. She was regarded as a courtesan as well as a poetess. Some think that she did not want to be a man’s wife or mistress, but preferred to share her beauty when other women were caged as housewives at that time.

Li Shishi was a courtesan in Kaifeng city, capital of the Song Dynasty (960-1127). Li stood out for her incredible versatility, she was skilled in singing, dancing and poetry. Her talents and beauty attracted many writers, poets and people of upper classes and even Emperor Huizong was a regular client of hers. 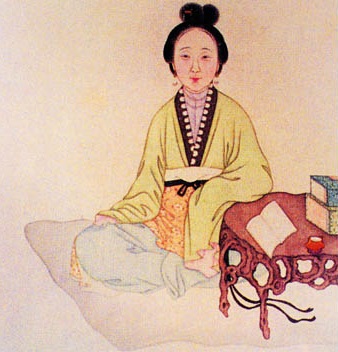 Chen Yuanyuan (1624－1681) was a well-known prostitute from Changzhou city living in the late Ming Dynasty and early Qing Dynasty. She was both an excellent singer and a good dancer. She was married to Wu Sangui, a Chinese military general, as his concubine. She was very beautiful and her capture by Li Zicheng (a Chinese rebel leader who overthrew the Ming dynasty) was one of the reasons that made Wu Sangui open Shanhaiguan Gate to let the Manchus inside. In her old age she became a Taoist nun, and some said she committed suicide. 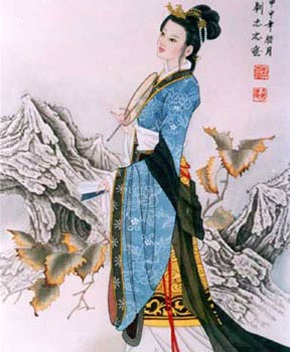 Liu Rushi (1618–1664) was a famous courtesan living in the late Ming Dynasty (1368–1644). she is considered by many scholars to be the most respectable prostitute in ancient China. She was very talented and good at poem, calligraphy, drawing and Chinese zither, she also demonstrated the upright character and personality when the country facing the dangerous conditions. She committed suicide on the death of her husband Qian Qianyi . 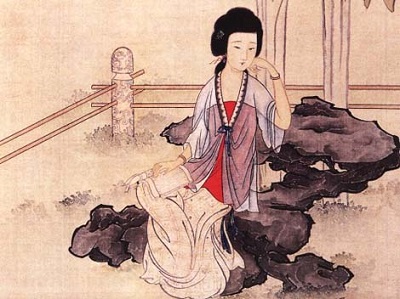 Dong Xiaowan (1624-1651) was one of “The Eight Most Popular Courtesans” along the Qinhuaihe River in Nanjing city. She was attracted by litterateur Mao Pijiang, who had good appearance, with casual and elegant bearing and was well-educated and later she became his concubine. Dong Xiaowan passed away at only 27 for falling sick in taking care of her husband. 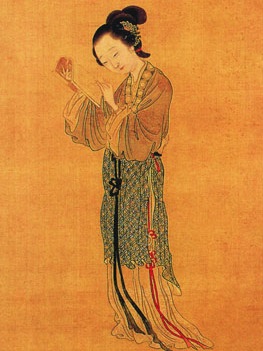 Li Xiangjun (1624-1653) was also one of the “The Eight Most Popular Courtesans” along the Qinhuaihe River together with Dong Xiaowan, Chen Yuanyuan and other five ladies. She was good at singing, poem and playing Chinese lute. Li Xiangjun later married Hou Fangyu (a famous young scholar in South Ming Dynasty) who was devoted to fighting against the eunuch factions and overturning the Qing regime to restore the Ming Dynasty, Li Xiangjun was always there supporting him. However, due to her humble background and her past as a prostitute, she was later banished and was depressed to death. 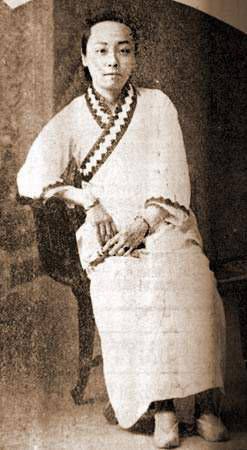 Sai Jinhua (1870 or 1864 – 1936) was a famous courtesan in the late Qing Dynasty. Sai Jinhua became a prostitute at 20 and at 23 married Hong Jun, a retired top rank imperial official,  as his concubine. She traveled to Russia, Germany, Australia and Holland with her husband as ambassador’s wife, but was later forced to leave Hong’s home after his death. After Eight-Nation Army invaded Beijing, she was obliged to have a relathionship with a German officer. After that she married a man named Wei and died in 1936. 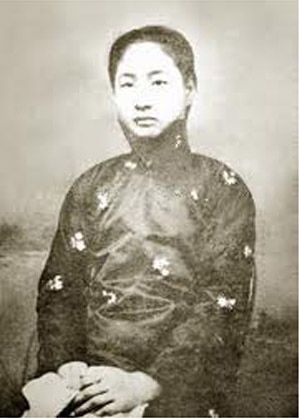 Xiao Fengxian (1900-1954) was a famous prostitute during Late Qing Dynasty and the Republic China. She was the most famous prostitute in Bada Hutong, formerly Beijing’s largest red light district.  She later became the mistress of  General Cai E, who was  a Chinese revolutionary leader well known for challenging the imperial ambitions of Yuan Shikai.